Report: Cyber unit's anti-incitement activity getting in the way of free speech

The unit’s efforts led to the removal of 1,575 online posts in 2016 “which appeared to violate the law.” 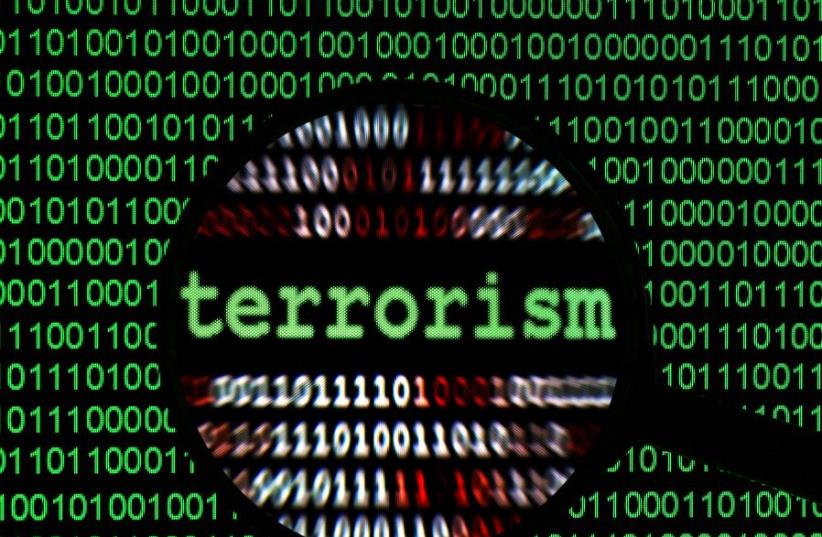 Illustrative image of cyber counter-terrorism
(photo credit: INGIMAGE PHOTOS)
Advertisement
The Justice Ministry’s cyber unit has reached new heights in fighting incitement, and its efforts have engendered controversy over free-speech concerns, it emerged from the prosecution’s annual report released on Monday.The unit’s efforts led to the removal of 1,575 online posts in 2016 “which appeared to violate the law,” according to the report.The 1,575 removed posts were 70% of the 2,250 posts referred to the cyber unit as potentially problematic.Ninety-one percent of the 2,250 posts “appeared to constitute incitement to violence or terrorism.”Besides the 70% of posts that were fully removed, another 7% were partially removed, 19% were not removed and 4% are still under negotiation or the cyber unit eventually decided to drop the issue.Besides the posts removed, the cyber unit handled around 20 criminal cases of cyber hacking, cyber sexual harassment or illegal possession of cyber information crimes in 2016.Regarding those cases, eight of them led to indictments, eight cases were closed, two are at a pre-indictment hearing stage and two are pending decisions.While the report presented these statistics as progress in the much vaunted battle against online incitement to terrorism, Adalah – The Legal Center for Arab Minority Rights in Israel criticized the cyber unit as going beyond its legal powers.In a letter to Attorney-General Avichai Mandelblit and other top Justice Ministry officials, Adalah asked that the cyber unit “immediately cease its illegal activities.Adalah lawyers Fadi Hori and Muhammad Bassam said, “There is no law which permits the executive branch to censor posts. Likewise, there is no explicit provision in the law which authorizes [forced] removal of posts on the grounds that they are considered a criminal violation – other than by a court order.”They added that only after a court rules that a post constitutes a crime can law enforcement act to have it removed and that any actions prior to a court decision violate basic free speech rights.Since the 2015 “knife intifada” started, security forces and the ministry’s cyber unit have heavily escalated their activity in monitoring and confronting incitement to terrorism on social media.Authorities in Israel, the US and parts of Europe have even pressured social media giants such as Facebook to more actively and systematically police incitement on their platforms after finding that many terrorists claimed they were motivated by exposure to social media incitement.The prosecution’s report also addressed the 2016 activity of the Justice Ministry’s Police Investigations Department’s, finding that out of 773 criminal investigations, 14% led to criminal indictments. Another 17% of those cases led to disciplinary proceedings.Those percentages are only based on cases where the PID already decided to criminally investigate.The report did not provide the total number of cases referred to PID or the proportion of those cases that led to an indictment.But an April 2017 State Comptroller’s Report on PID’s 2015 activity placed the total number of referrals at 6,320 and the proportion of indictments at 4%.The State Attorney’s Office unit for arguing before the High Court of Justice also released statistics in the report, finding that it had succeeded in convincing the court to reject two-thirds of petitions. In 87% of cases where a petition was partially accepted by the High Court, this came in tandem with the state and the petitioners reaching a mutually agreeable outcome.Notably, 50% of the High Court cases had a criminal-security element, broken down as 26% relating to administrative detention cases and 24% appeals from rulings regarding Palestinian crimes in the IDF Judea and Samaria Courts.Overall, the police referred 6% fewer cases to the prosecution than last year, at a total of 34,959 cases compared to 37,272 in 2015. The last two years have seen slight reductions in referrals to the prosecution, while 2011 to 2014 had seen a consistent rise, from 29,030 to 39,287. The 4,500 indictments filed by the prosecution was also a reduction of 16% from 5,339 in 2015. Eighty-four percent of defendants were fully or partially convicted.One major spike reported was the prosecution and law enforcement’s early seizure of property relating to criminal cases, at NIS 753 million in 2016, compared to NIS 675 million in the previous year, 11% less.