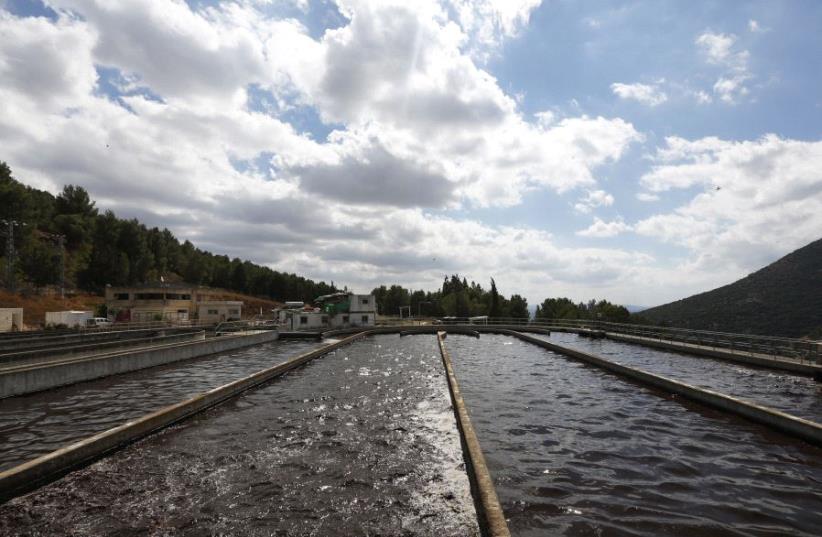 Pools of waste water are seen at a sewage treatment plant in town of Safed in northern Israel
(photo credit: REUTERS/BAZ RATNER)
Advertisement
Thousands of cubic meters of sewage have reportedly flowed into the Betzet stream in Israel’s north-west Galilee over the past week, leaving hundreds of fish to float and writhe in the sun along with poisoning the water supply and leaving turtles dead in their shells.The authorities are investigating the cause of the sewage leak, Walla! News reported, and are looking into the possibility that a newly-constructed sewage line to the town of Shlomi is to blame. Millions of shekels which were spent on rehabilitating the river have now been lost.The Environment Ministry is also opening up a criminal investigation as to the speed and quantity of sewage flowing down the mountain to the riverbed. Last Tuesday, engineers reportedly hit an asbestos pipe that serves as the main sewage line to Shlomi, one that also connects to a nearby slaughterhouse.The pipe was repaired the next day, according to Walla!, but massive mounds of sewage were able to spill already into the drainage sewers along the road and from there, to discharge in the river.The once steady and now intermittent stream crosses the border from Lebanon into Israel before emptying out into the Mediterranean near Rosh Hanikra.