“Inclusion” is thought of as a modern and enlightened concept, but Judaism had this concept thoroughly conceptualized more than 3,000 years ago. 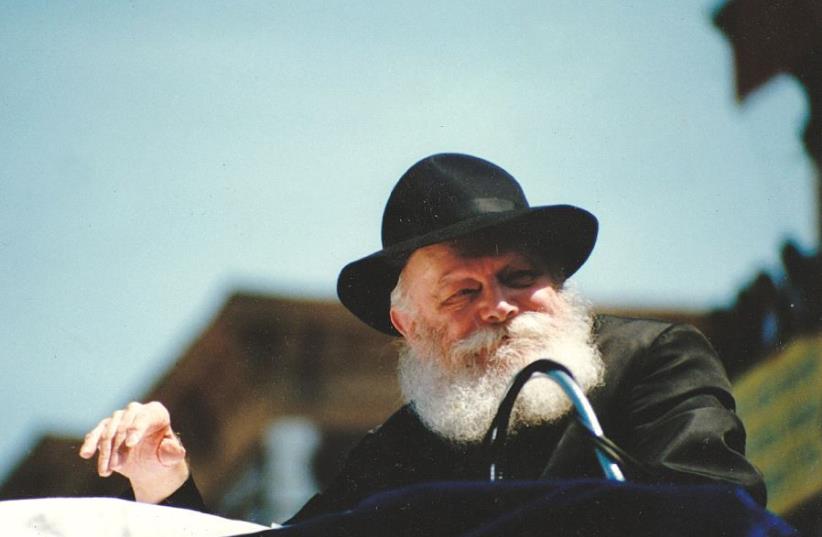 Rabbi Menachem Mendel Schneerson
(photo credit: Wikimedia Commons)
Advertisement
The Feast of Shavuot (the Festival of Weeks) is known by many names and has many faces. It is also known as Yom Habikurim (The Day of the First Fruits) and Hag Hakatzir (The Harvest Festival).Shavuot is when we read the Book of Ruth – about the Moabite convert to Judaism who, upon her conversion, proudly stated “your people are my people.” Ruth was the ancestor of King David, who was born on Shavuot.Perhaps most importantly, Shavuot is Hag Matan Torah, the celebration of God giving the Torah to the Jewish people seven weeks after the Exodus from Egypt, and concurrently it is the celebration of the Jews receiving the Torah with the proclamation “na’aseh v’nishma” (We will do and [then], we will hear/understand).Why “do” first, and only then “understand”? The phrase ‘na’aseh v’nishma’ is generally understood have two meanings.One is that the Jews were happy accepting the Torah even though they could not possibly understand all of God’s laws, His reason and logic. They accepted that humans are merely human and many commandments are beyond human grasp and understanding.The Jewish people accepted the Torah with that caveat, wholly and completely.The second explanation is that only through the act of doing does one understand.Actions matter; it is through the practice of an action that one inevitably begins to understand the action. Judaism then, seen through this lens, was from its very origins a religion of doing. The Israelites no doubt talked and talked amongst themselves (imagine how many opinions that many Jews would have), but what they brought to the table was their pledge to God that they would act according to His laws first and foremost.Na’aseh v’nishma can also be seen as the ultimate Jewish model for inclusion.We have already seen that Shavuot celebrates the inclusion of the ger (convert) into our people. Now is the time to extrapolate from that guiding principle, and to see it as the ultimate model for the full participation of any individual in our community – despite his or her challenges – in Jewish life.We must make sure that even the disabled in our community also have every opportunity to do and then understand.An old friend of mine once put it this way: presume competence. It seems like common sense and decency to presume competence with the disabled, but it is no small thing and in fact, Judaism actually commands it. We must enable the action, the mitzva, no matter how we think “they” understand. Ours is not to judge, ours is to enable. People know very little about the human brain, but we Jews certainly know a lot about the human spirit.The late Lubavitcher Rabbi, one of the pioneers of this line of thinking, was once visited by the parent of a profoundly disabled child who explained that his son didn’t really understand the concept of tzedaka and that he lived away from home in an institution of sorts. The Rebbe insisted that they put a tzedaka box into his son’s room regardless. The son would thus merit being the conduit for the charitable giving of others because they came to visit his son, and, importantly, we really couldn’t possibly know what the boy could or couldn’t understand.Presuming competence, the Rebbe essentially said: enable the “do.” You be the one to activate the principle of “na’aseh” – just go and do it. Don’t worry at this moment about the understanding, about the hearing.Just give the child a chance “to do.”Although the Jewish people study Pirkei Avot (The Ethics of the Fathers) year-round, they highlight and read special selections from it every Shabbat from Passover to Shavuot. The Ethics of the Fathers is a work chock full of insight and guidance focusing on themes such as respect, honor and tradition.In the very first chapter (Avot 1:6) we read: “Judge all men favorably.”This is the Jewish principle of dan l’kaf zechut, judging people when possible on the side of merit. The roots of this passage are from the Talmud (Shavuot 30a). Assume goodness. Presume competence. Give each individual soul created in God’s image the benefit of the doubt.Could there be more gracious example of dan l’kaf zechut than giving a chance to the child who can’t speak or can’t move, to one who won’t make eye contact or to the individual who depends on others for every function of daily living? Each and every one of these Jewish souls needs the chance to first to do, and then understand. They may understand much more than they can express. We have the privilege of being conduits for their mitzvot.Perhaps we could add another name to Shavuot – Hag Shiluv (Holiday of Inclusiveness).“Inclusion” is thought of as a modern and enlightened concept, but Judaism had this concept thoroughly conceptualized more than 3,000 years ago, which makes it yet another layer of exceptionally “progressive” wisdom from such an ancient people as ours.Hag Sameah! Laura Rosen Cohen is a Toronto-based mom and writer who blogs at www.endofyourarm.com