Israel remembers the six million Jews killed by the Nazis.

By HERB KEINON, JEREMY SHARON, JPOST.COM STAFF
MAY 5, 2016 09:52
Israel marks Holocaust Memorial Day 2016
Advertisement
Israel commemorated the six million Jews who were murdered by Nazis in the Holocaust on Thursday with a two minute siren that brought the country to a halt at 10 a.m.Events marking Holocaust Remembrance Day began on Wednesday evening at Yad Vashem in Jerusalem. 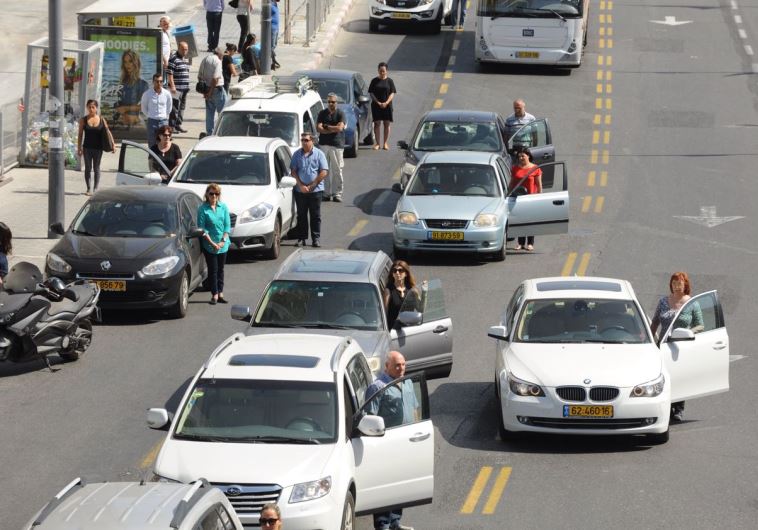 At that ceremony, Prime Minister Benjamin Netanyahu warned against the resurfacing of anti-Semitic lies in Europe, which he said are reminiscent of the propaganda which "greased the wheels of the Nazi murder machine."The vilification of the Jewish state has taken the place of vilification of the Jew, Netanyahu said, adding that anti-Semitism did not die with Hitler in his Berlin bunker.“Today millions of people in the Muslim world read and hear horrible falsehoods about the Jewish people. They tell them that the Jews are the descendants of monkeys and pigs. They say that Jews drink the blood of their enemies in goblets,” he said, adding that this hatred is spread on social media in a manner which Hitler and his propaganda chief Goebbels could never have imagined. 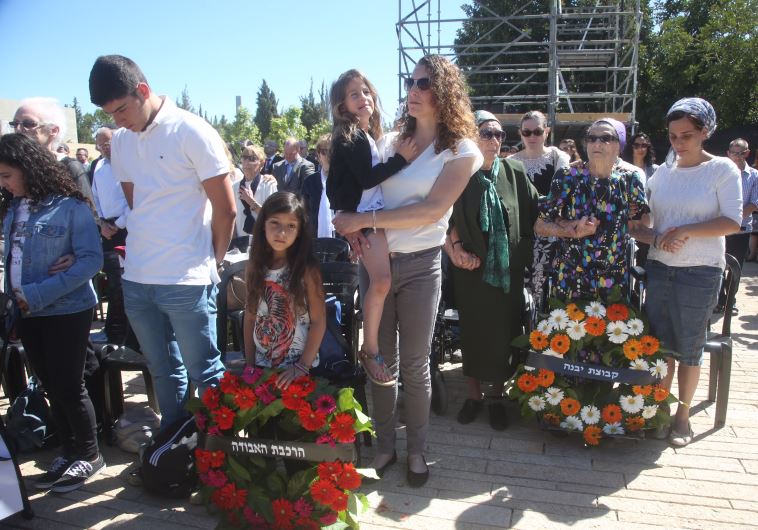 While the source of this incitement is radical Islam in the Arab world, of late it has been joined by no less pernicious incitement from the West, Netanyahu charged.“British MPs, senior officials in Sweden, public opinion makers in France; I must say that anti-Semitism in our days is creating odd combinations – the elites who allegedly represent human progress joining up with the worst barbarians on Earth, those who chop off heads, persecute women, oppress gays, destroy cultural treasures,” Netanyahu said.Speaking at the same ceremony, President Reuven Rivlin expressed criticism of the state for failing to care for the needs of Holocaust survivors.The issue requires “soul-searching” by the country, and Holocaust survivors have not received the respect they deserve, the president said.“Even to the present day, the State of Israel does not take every measure it can in order to take care of the Holocaust survivors,” said Rivlin.“My brothers and sisters, survivors, the heroes of Israel’s revival, I came here today on my own behalf, and on behalf of the people of Israel, on behalf of the State of Israel, and I ask each one of you, before it is too late, for forgiveness.We did not understand, we did not want to understand, and we have not done enough.”Approximately 189,000 Holocaust survivors live in Israel, of whom 45,000 live under the poverty line, according to data released by the Foundation for the Benefit of Holocaust Survivors.Rivlin said the Holocaust demonstrated the need for the Jewish people to be in charge of its own fate, and that it should never outsource its security, although adding that the State of Israel “is not, under any circumstances, compensation for the Holocaust.”