A 2-year-old was forgotten in a kindergarten transport that was installed with a system to prevent such an incident - the driver was notified and didn't look into it. 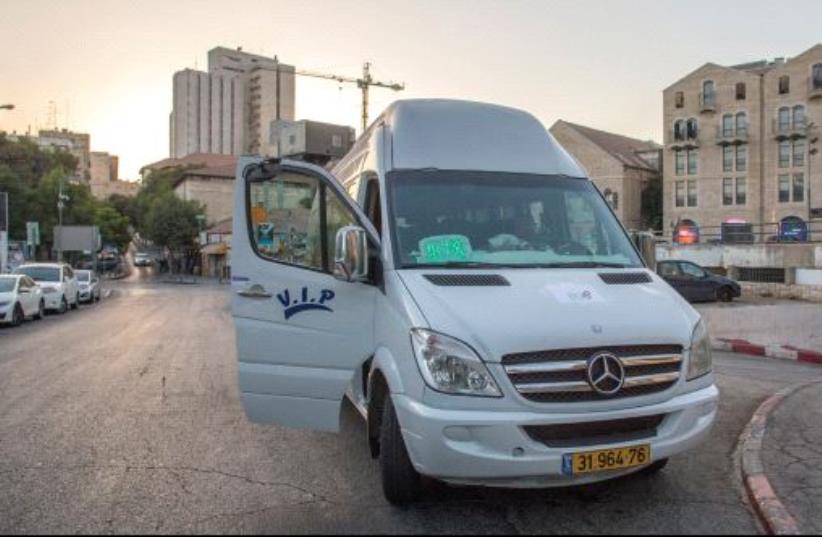 A 2-year-old special needs boy was forgotten in the organized transport that takes him to kindergarten for eight hours on Wednesday, N12 reported.

The children in Eddy Shor kindergarten suffer from developmental issues, and they arrive at the kindergarten in an organized transport with the assistance of a chaperone.

On Wednesday, Nehorai was forgotten in the back of the car and was left there for eight hours until four in the afternoon.

The car is reportedly installed with a system to prevent forgetting children in it, but when the driver received a notification warning him that a child was forgotten in the car, he turned it off without checking.

"I fainted when I heard," Nehorai's mother Bat-El told N12.

A reform making systems that prevent forgetting children in the car mandatory was supposed to begin in August, but it was delayed until June 2022.

In a recording of the conversation between Bat-El and the kindergarten staff, Bat-El can be heard asking how this happened.

"I take responsibility, and I apologize," replied the teacher. "Luckily, he was in a shaded car. He looks and feels fine. He's alive and breathing. I gave him water to drink. The driver said the door was slightly open - you have nothing to worry about."

"They didn't even call an ambulance," Bat-El told N12. "When I got there to pick him up, I saw him pale and naked, and I'm the one who called the ambulance and police. I cannot believe this happened, and I just want to wake up from this nightmare. The driver cannot work anymore - he works with children. And the kindergarten teacher isn't giving me answers either. They both keep throwing the responsibility on each other."

She added that when she got angry with the kindergarten teacher for not calling an ambulance, the teacher said: "It's 16:05, it isn't my job to be with him anymore."

Bat-El is a kindergarten teacher herself. "If something were to happen to one of my pupils, I would never forgive myself," she said to N12. "I haven't been sleeping since the incident, I've been stuck at his bedside."

Hundreds of children have been forgotten in the car in the past decade, and almost 40 of them have died as a result.

The Jerusalem Municipality addressed the incident: "On Wednesday afternoon, it was revealed that a special needs child was apparently forgotten in the car. The child is fine, and the parents were notified immediately about the incident. The moment he was found safe and sound by the kindergarten staff, he was taken home.

"The municipality ordered an ambulance to take the child for a medical check-up at Hadassah-University Medical Center in Mount Scopus. He was checked and found to be healthy. The education administration is in constant contact with the family. The municipality filed a complaint with Israel Police, who began an investigation. At the same time, the municipality director-general, Itzik Larry, ordered the immediate creation of an assessment team from the administration."