Commentary: Israel could make better use of its tennis ambassadors

Tennis players know all about love from the tennis scoring system. Wouldn’t it be nice if players also love Israel and spread that love around the world? 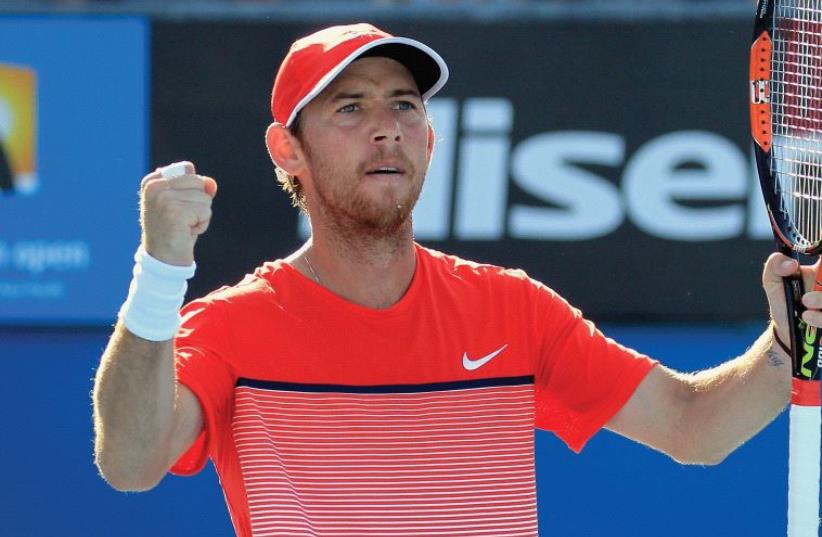 Dudi Sela
(photo credit: Courtesy)
Advertisement
This year’s US Open attracted more than 30,000 fans each day of the two-week tournament. And any time a Jewish or Israeli fan saw “ISR” next to a player’s name, they raced to the court to watch players like Dudi Sela, Yshai Oliel and Shelly Krolitzky. The same is true when such Israeli players as Shahar Pe’er, Julia Glushko and Amir Weintraub are in action.Perhaps more significant is the fact that hundreds of non-Jewish, non-Israeli fans also watch Israel tennis players in action each year at the US Open and at dozens of other tennis tournaments around the world.Israeli tennis players are excellent emissaries for Israel and can do amazing things for Israeli hasbara (public relations).The Israeli tennis establishment can take a lesson from the Jewish Agency Shlichim (the Hebrew word for emissaries) program. In some ways, they are already doing a great job sending tennis ambassadors around the world. There is more work to do and some pretty easy solutions.The Jewish Agency does a great job screening and training post-army (and in some cases, pre-army) young men and women to serve Jewish communities, camps and schools. They bring the multi-faceted people, cultures and stories of Israel and Israelis to these various communities.The Israel tennis establishment, consisting primarily of the Israel Tennis Association, Israel Tennis Centers and the David Squad is blessed with a talented group of well-liked and well-spoken professional and amateur players of all ages who travel the world.While their primary job is to play tennis, they represent Israel in tournaments around the world.The Israel Tennis Centers sends a delegation of young players several times a year to exhibitions in various communities across the United States.The group tends to reflect the diversity of Israel and Israel Tennis Centers, including players who are Ethiopian, Israeli Arab, Bedouin, people with disabilities, and children from poor backgrounds.These groups help people better understand the many faces and stories of Israel. It is important to keep these emissaries – professional and amateur – trained and ready to speak about Israel.There is an untapped group of tennis players from around the world who our Israel tennis establishment, Ministry of Culture and Sport and Ministry of Tourism, should also nurture as tennis ambassadors.The more foreign tennis players have a positive experience with Israelis and Israel, the more Israel stands to make progress on the PR front.Last February, I spent four days in Eilat covering the Fed Cup Group I Europe/Africa Zone event which included teams from 14 countries.In Eilat, players from all countries as well as coaches, umpires and members of the media stayed in the same hotel and ate all their meals together. I interviewed many top 100 players, coaches and ITF (International Tennis Federation) staff.I wanted to find out about their experience in Israel and with Israelis. All loved Israel but wished their busy travel and playing schedules would allow more opportunities to explore the beautiful, historically significant country of Israel.Shlomo Glickstein, the CEO of the Israel Tennis Association and former 22nd ranked player in the world, observed that “it is very important for Israel to host such competitions and we love to host large events. It attracts sponsors, media and role models for our young players.”These players return to their countries as great spokespeople for Israel.Israel has an unprecedented opportunity to use tennis to teach the world about all the Holy Land has to offer. Israeli players should be coached and trained in hasbara, and players who come to Israel for tournaments should be wined and dined.If they can’t get to see Israel, they should at least return with gift baskets stuffed with “I Love Israel” shirts, IDF hats, and such Israeli products as Ahava, Bisli and Naot.Tennis players know all about love from the tennis scoring system. Wouldn’t it be nice if players also love Israel and spread that love around the world?