Israeli mothers seek to serve up peace through sport

"Sport is a bridge for peace. Mamanet will bring the peace," says founder and chairwoman of Israeli athletic league for moms. 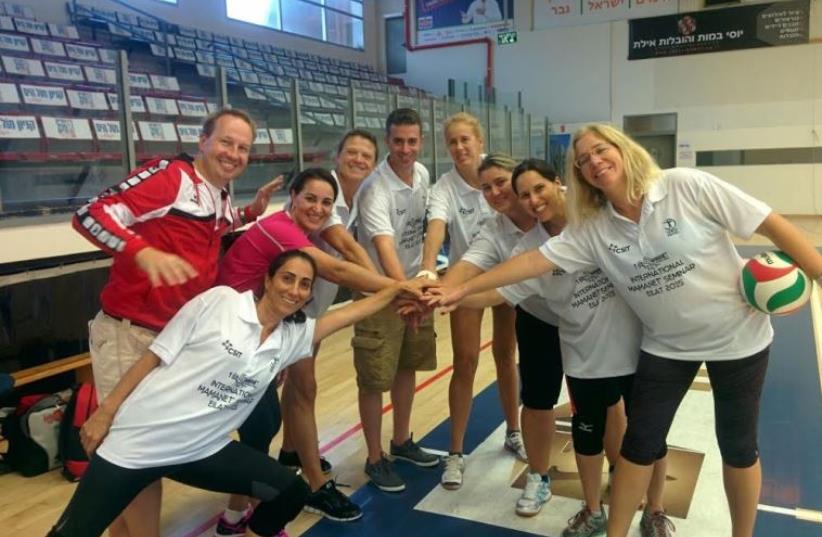 A match held at the Mamanet International Seminar in Eilat between international representatives and the Israeli league's management
(photo credit: PR)
Advertisement
An innovative league of Israeli mothers engaged in a specialized variation of volleyball is not only impacting the realm of women's athletics in the country and around the world, but also considers itself a catalyst for peace.Some 8,000 mothers in about 80 towns and cities participate in the Israel’s Mamanet league for the flourishing sport known in Hebrew as ‘cadurreshet’ (net ball), and elsewhere called Newcomb ball or cachibol.Mamanet Israel chairwoman and founder Ofra Abramovich initiated the league in 2005, and says it now constitutes the largest women's athletic league in the country.
Israeli mothers seek to serve up peace with innovative sports model
Abramovich says the momentum of the league has been "unstoppable.""Sport is a bridge for peace. Mamanet will bring the peace," she tells The Jerusalem Post, adding that mothers share a common bond of understanding."Our slogan is 'every mother can,'" she explains. "I see no difference between mothers in Israel, Europe, Arab communities and the [Jewish] religious sector."The Mamanet model changes the representation of sports life in a family to focus on the mother. According to Abramovich, the participation of mothers in the amateur league encourages increased participation by children in sports clubs."The game itself has been played for a long time, 150 years or so, but the spirit of Mament and the model of Mamanet - where children come to games, and mothers are role models to children to create an active and healthy lifestyle - has changed the role of the mother," she says.In October, Mamanet, in conjunction with its strategic partner the Hapoel Sport Association, held what was dubbed a “social-athletic start-up” project by hosting representatives from six countries in its first international conference in Eilat. Despite a recent wave of violence between Palestinians and Israel, women hailing from Bulgaria, Austria, Italy, France, Belgium, and the United States attended the three-day seminar in order to learn about the Israeli model of the game.“I felt very proud when I stood there talking to them, and no one cancelled because of the political or security situation,” Abramovich tells the Post. The conference was organized after the Israeli league’s model gained notice in June as a demonstrator in the latest CSIT World Sports Games in Lignano, Italy. Meanwhile, the CSIT international multi-sports organization has also decided to incorporate Mamanet into the coming 2017 World Sports Games in Riga, Latvia.In light of Mamanet's spirit of social innovation and entrepreneurship, the Foreign Ministry has recently selected the league to take part in a video campaign to rebrand Israel's image.In the world of Israeli sports, overtly run by men, Abramovich said it was particularly difficult to launch the bureaucratic process for a league for mothers.However, after ten years, she says the impact of the initiative can be seen across the board as it promotes community, women's empowerment, family ties and pluralism in bridging relations between different sectors of society.The Mamanet league has lead women to say their lives changed at the age of 45, explains Abramovich. "We are the change. By having mothers playing, by having mothers serving as referees and coaches...we change the equality [of gender] in sport," she says. "We are shifting the movement of women's sport in Israel that has long been subordinate to men."Abramovich says the league garnered respect by accepting nothing less than an "NBA standard.""Everything must be first class to garner respect from women and get it in return from the bureaucracy," she notes in light of the standard based on North America's National Basketball Association."We are shown a lot of respect from the men's sector," she adds.  She highlights that the sport exemplifies "the power of mothers.""Every mother has an idea about how to make their lives better, and we help them realize that dream," she states.