Lyat, 24, was living in Jerusalem when she felt something was missing from her life. 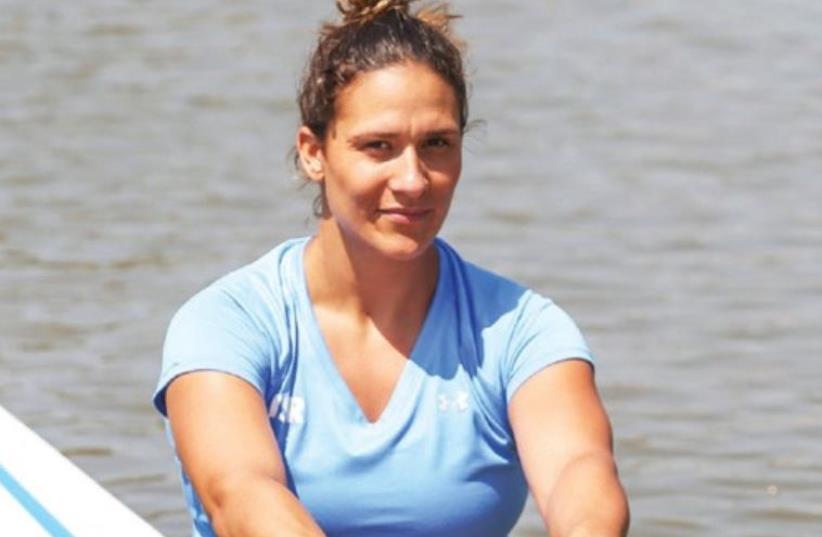 LUCIE LYAT has taken up rowing once again after making aliya and has set her sights on representing Israel at the 2020 Olympics
(photo credit: MARC ISRAEL SELLEM)
Advertisement
Israeli rowing has very little Olympic history. In fact, it has none.Dani Fridman is hoping to become the first Israeli rower to qualify for the Olympic Games later this month, but there are those who already have their sights firmly set on Tokyo 2020.Lucie Lyat for example, who only made aliya from France four years ago before almost incidentally becoming a national team rower.Lyat, 24, was living in Jerusalem when she felt something was missing from her life. She had been a full-time rower in France as a teenager before giving up the sport ahead of her move to Israel.Lyat decided to return to the boat on a recreational level six months ago, practicing at the Daniel Rowing Center in Tel Aviv. Her talent was quickly spotted and after just two months she was added to the national squad.Lyat moved to Ramat Gan in order to pursue her Olympic dreams, with her initial target being to qualify for this summer’s world championships as part of Israel’s women’s quartet.“I planned to come to Israel to get married and have children, not necessarily to compete in sports,” she told The Jerusalem Post.“I was living in Jerusalem and I felt something was missing from my life. I thought to myself that maybe I should begin to row again. So I joined the Daniel Rowing Center and moved to Ramat Gan especially to row.“I didn’t think I would end up taking it seriously as in France. I thought that story was over. I began training while living a regular life but after a couple of months I was added to the national team because I registered good results and now I’m completely focused on rowing.”While competing and winning is important for Lyat, it pales in comparison to the pride she feels at representing Israel abroad.“The most important thing for me is to compete for the country. I want to win and reach Tokyo 2020, but nothing is more important than representing Israel,” she explained. “The association is thinking of perhaps setting up a women’s eights team. But Tokyo is four years away so a lot can still change.“If they didn’t think we could do it, they wouldn’t be investing so much in us. They see that we have a lot of potential and that we can reach Tokyo and that is what we are practicing for. I hope we can make it and win a medal. Why not?”