Head coach Menahem Koretzki followed in the footsteps of chairman Doron Osidon and left the club. 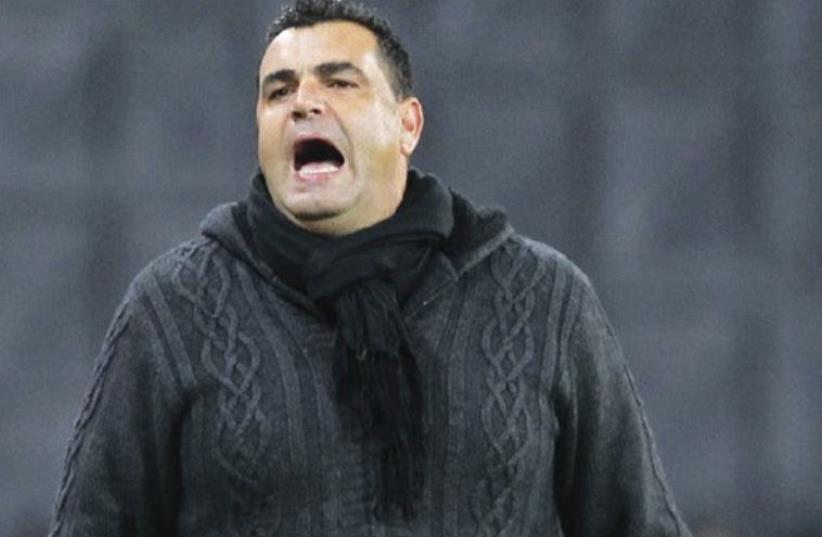 Menahem Koretzki became the third coach to leave Maccabi Netanya this season
(photo credit: DANNY MARON)
Advertisement
There is no end in sight to the turmoil at Maccabi Netanya, with head coach Menahem Koretzki following in the footsteps of chairman Doron Osidon and leaving the club.Koretzki announced his departure on Saturday, writing to the Netanya Municipality – which is in charge of the running of the club following Osidon’s resignation last week – that due to the current uncertainty he has decided to quit.Koretzki only joined the team two months ago, picking up just one of a possible 24 points after losing seven matches and registering one draw. Netanya is rock-bottom of the Premier League standings and its relegation to the National League could become official as soon as this coming weekend, which it enters 17 points from safety with six matches to play.Netanya players considered striking and sitting out Sunday’s training session following the recent shakeup at the club and the fact they are still waiting to receive their salaries for the month of February.“We trained because we are first and foremost professional athletes, but the municipality and the Israel Football Association’s Budget Control Authority shouldn’t treat this as a weakness,” said captain Yarin Hasan. “We are demanding answers from the municipality and the Budget Control Authority. The players just want to receive their salaries like every other working person.”In other soccer news, the Israel Football Association announced on Sunday that the Israel national team will hold a training camp in the US between May 27 and June 2 during which it will face Jamaica in an international friendly.The IFA said it may also arrange another friendly ahead of the start of its World Cup 2018 qualifying campaign against Italy on September 5.The national team will have a new coach by the summer, with the search committee to interview the five candidates on April 17.Elisha Levy, Guy Luzon, Eli Ohana, Ran Ben-Shimon and Nir Klinger were all invited to put forward their plans, with Levy and Luzon considered favorites to succeed Eli Gutman.