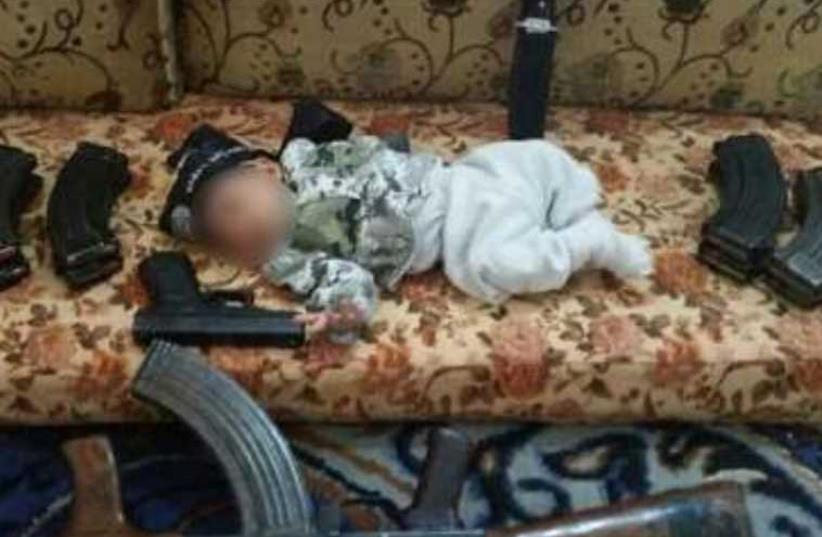 The five-month-old son of an Israeli Arab, Salah a-Din Mohameed, who joined ISIS
(photo credit: TWITTER)
Advertisement
An Israeli Arab youngster who enlisted in the ranks of Islamic State revealed on social media Friday that he had disseminated photographs of his newborn son lying on a couch together with automatic rifle magazines filled with bullets as well as a pistol and a hand grenade.The shocking image was seen on various Facebook and Twitter accounts associated with the radical jihadist organization that has taken over wide swaths of territory in war-torn Syria and Iraq.“This is my son,” said Salah a-Din Mohameed, 25, a former teacher from the town of Umm el-Fahm who now goes by the nom de guerre “Abu al-Harth al-Maqdasi.” 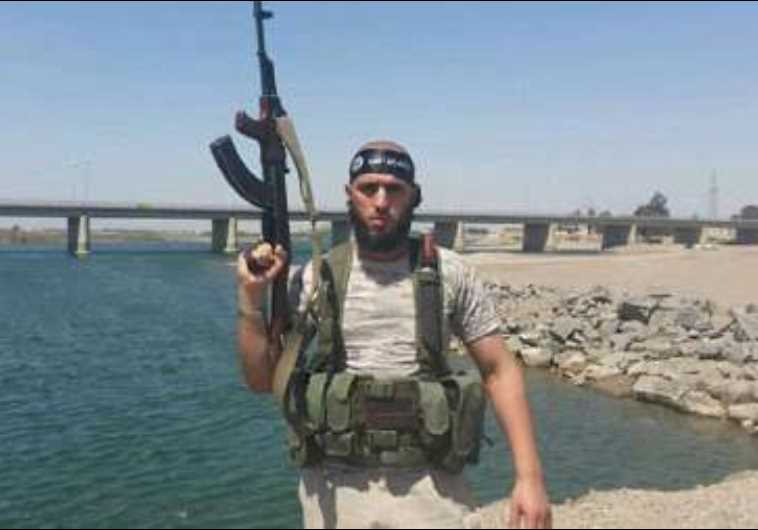 Mohameed said that he is currently in Syria with his wife, a Jewish-born woman who immigrated to Israel from Russia and subsequently converted to Islam. He said that he joined Islamic State a year ago after slipping through the fingers of the Israel Security Agency (Shin Bet). Mohameed and his wife entered Syria through Turkey just two months after he was arrested in Israel for allegedly smuggling pro-ISIS material that he had collected during a trip to Jordan.Mohameed was convicted of pro-terrorist sympathies and sentenced to five days of house arrest. The Hadera Magistrate’s Court subsequently ordered that he be released from serving any penalty.In a letter to his friends, he said that he initially joined ISIS in Iraq before arriving in Syria.Dozens of Arab citizens of Israel have been charged with expressing pro-ISIS sentiments. There have also been a number who have left the country to join the Islamist outfit, among them academics and even a doctor from the Negev.