To the moon and back

Israelis aim to send unmanned spacecraft to the moon. 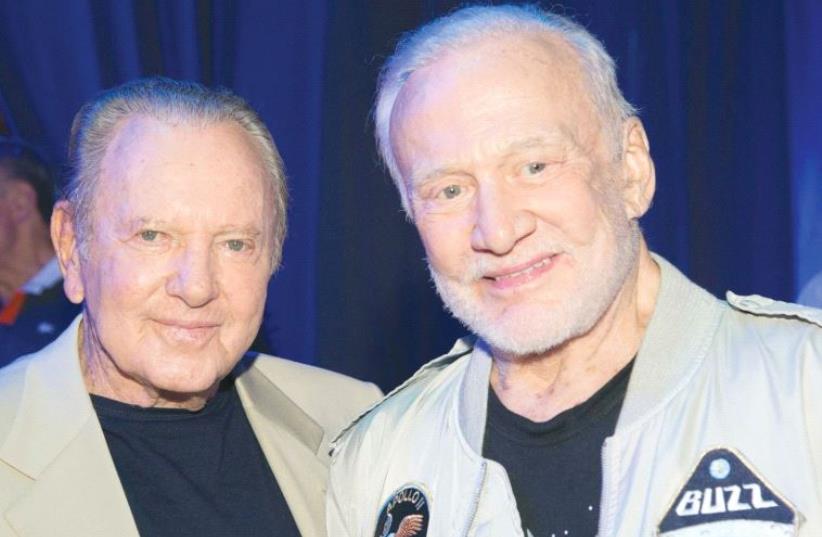 BUZZ ALDRIN with Morris Kahn.
(photo credit: ELIRAN AVITAL)
Advertisement
It was one small step for SpaceIL, but potentially a giant leap for the State of Israel at a summer party to promote an unmanned mission to the Moon, hosted by philanthropist Morris Kahn in Tel Aviv Wednesday night.“I think that we will have a special celebration when SpaceIL becomes the first of the Google Lunar XPrize to use ingenuity and innovativeness, and that is what I think Israel is most famous for,” boasted VIP guest Buzz Aldrin about the competition, which tasks nongovernmental organizations with one daunting mission: sending an unmanned spacecraft to the moon.The start-up nation will be facing formidable opponents representing the United States, Japan, Germany and India.While the lucrative $20 million prize is appealing, SpaceIL is looking to reach far beyond the competition and hopes to foster “an educational impact among the next generation in Israel and around the world,” according to their website.The project, while spearheaded by Khan, has received generous donations from Sheldon Adelson and Lynn Schusterman. To date, they have already raised $12m., two thirds of what is needed to get the project literally (and figuratively) off the ground, Khan revealed.“Space IL will put Israel not only on the global map, but on the cosmic map,” Khan told the audience.“I can say that what you will be doing in some ways will be in the memory of Ilan Ramon,” Aldrin said of the famed Israeli astronaut who died in the fatal Columbia mission of 2003.This space endeavor, goes far beyond reaching the moon, Khan argued. It is, rather, an opportunity for Israel to demonstrate its capabilities to the world at large.“We have a message of peace and prosperity for humanity as a whole, and the Middle East in particular,” he said. "As people who care about Israel, the future of our country and of our world, we need to show that little Israel can be a technological giant.”“My personal dream is that SpaceIL will leave a legacy for this generation and for generations to come and I invite you all to join us