While we shake in our boots for the next 25 years, let's take a look some of at history's past failures. 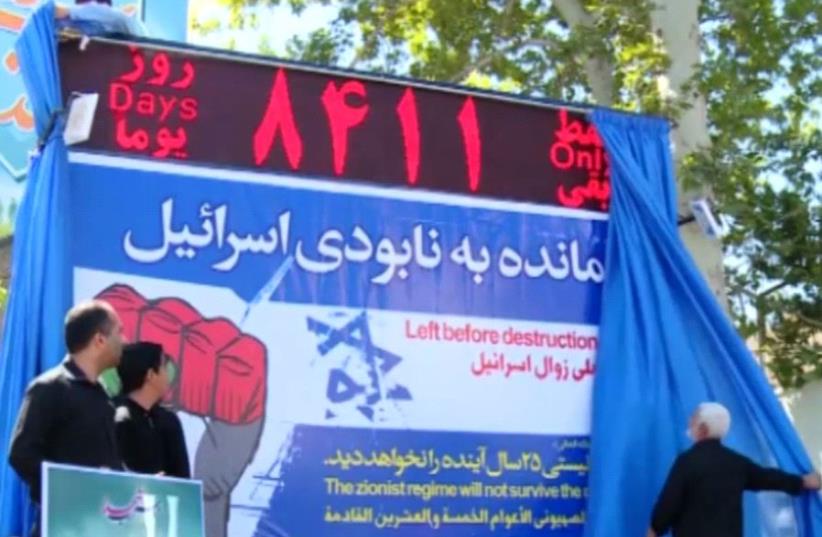 Iran unveils a clock to countdown to the destruction of Israel
(photo credit: screenshot)
Advertisement
Tehran spared no expense in entertaining the masses during this year's Al-Quds Day festivities. Israeli and US flags were burned, inflammatory speeches were given, and a new digital clock was unveiled in the Iranian capital's aptly-named Palestine Square. But this new clock doesn't tell the time -- instead it counts down to the destruction of Israel, set for 2040. The date prediction comes from a speech Iran's supreme leader Ayatollah Ali Khamenei gave on September 9, 2015, in which he stated that the "Zionist regime will cease to exist in the next 25 years."Israel will be celebrating its 92nd -- and supposedly last -- birthday in 2040. Our day of destruction will also festively be shared with the 100th anniversary of the first remote operation of a computer; the 105th birthday of Israeli actor Chaim Topol of Fiddler on the Roof fame; and, oddly enough, the 47th anniversary of the Palestine Liberation Organization officially recognizing Israel as a legitimate state. Which one of these events will be worthy of a Google Doodle on September 9, 2040?
Thousands mark Al-Quds Day march in Iran (credit: REUTERS)
While we shake in our boots for the next 25 years, let's take a look some of at history's failed predictions.The War to End All WarsWar ravaged the globe from 1914 to 1918. Millions of people were killed, new chemical weapons caused horrific injuries, and entire monarchies collapsed. No wonder people called it the War to End All Wars. Unfortunately, peace did not last long and the War to End All Wars was quickly followed up by another global war that unleashed even more destruction. The 1914-1918 war was thus renamed as the First World War.Donald Rumsfeld on the Iraq WarTensions with Iraq and the Bush administration were at an all-time high after 9/11 and everyone could see that war was on the horizon. When asked how long a war would last during a 2002 CBS radio interview, then US Secretary of Defense Donald Rumsfeld said, "I can't tell you if the use of force in Iraq today would last five days, or five weeks, or five months, but it certainly isn't going to last any longer than that." In February 2003, prior to the March invasion of Iraq, Rumsfeld told people in a town hall meeting that "And it is not knowable if force will be used, but if it is to be used, it is not knowable how long that conflict would last. It could last, you know, six days, six weeks. I doubt six months." The War in Iraq lasted nearly 8 years and 9 months, officially ending in December 2011, and US troops remain in the country in the fight against ISIS.It's the end of world as we know itPeople, in their unwavering optimism, have been predicting the end of the world for millennia. Notable failed end of the world predictions have come from Pope Innocent III, who predicted that the world would end in 1284, 666 years after the founding of Islam; Sabbatai Zevi, who claimed to be the Messiah and used Kabbalah to predict the Earth's demise in 1648; and of course, the Mayan apocalypse theory that claimed the world would end on December 21, 2012. As far as we know, the world still exists and will continue to do so -- at least until 2040 when we will all be destroyed. 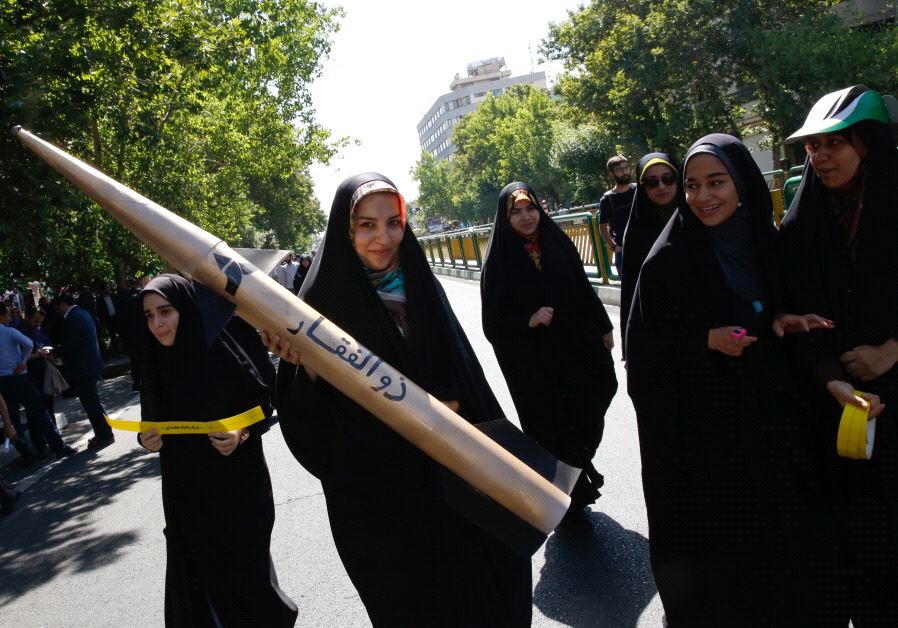 An Iranian girl holds a model of a missile during the al-Quds Day rally in Tehran (photo credit: STRINGER / AFP)
The cinema won't last“Cinema is little more than a passing fad. It’s canned drama. What audiences really want to see is flesh and blood on the stage.” Charlie Chaplin became one of cinema's greatest stars of all time, so he learned first-hand how wrong his prediction, made in 1916, was. Likewise as talkies -- aka movies with sound -- made their debut in 1927, Harry Warner, one of the founders of Warner Bros. studios, was quoted as saying, "Who the hell wants to hear actors talk?"Y2K bug fails to launchIf you were watching TV at any point in 1999, you'll remember the mass hysteria that the fear of the Y2K bug produced. According to analysts, many computers registered dates as just two digits due to a programming issue and when the new year rolled around, these computer would read 00 as 1900 instead of 2000, causing major tech crashes. People were obsessed, many thought their bank accounts would disappear overnight and horded household supplies and canned food. The new year came and went, and with some minor exceptions, the Y2K bug did not sting. I hope the canned food was returnable.A failure of Titanic proportionsWas this a failed prediction or a huge jinx? Probably owing to its never-before-seen size, people were worried about the Titanic. However, they were reassured over and over again that the Titanic was unsinkable. A crew member exclaimed to Titanic passenger Sylvia Caldwell that “God himself could not sink this ship!” As rumors began to surface of disaster, Phillip Franklin, the vice president of White Star Line, which made the ship, told reporters, "We place absolute confidence in the Titanic. We believe that the boat is unsinkable." Well, we've all seen the James Cameron movie. The Titanic hit an iceberg and sank on April 15, 1912, killing more than 1500 people.We here at The Jerusalem Post look forward to adding Iran's countdown clock to the list on September 10, 2040.