‘With a little help from our friends’

The JPost's special Independence Day edition is a celebration not only of Israel, but also of Israel’s alliances around the world. 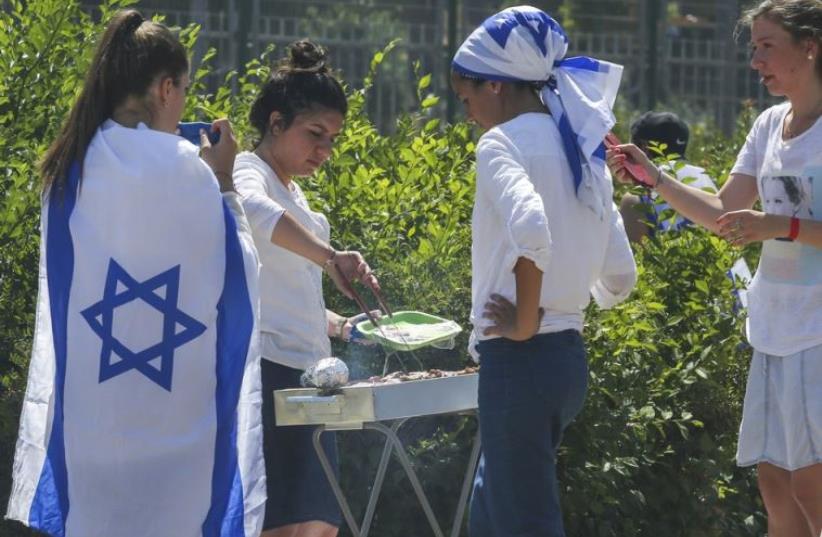 Israelis display their country's flag at a Jerusalem barbecue on Independence Day
(photo credit: MARC ISRAEL SELLEM)
Advertisement
In many ways, Israel is like any other country.A typical day often consists of an annoying commute to our place of employment, the ups and downs of a chaotic work day – followed by meeting up with friends to decompress.As a dual citizen who left the United States to live here in the Holy Land, I realize that the mundane day-to-day aspects of life would probably be the same had I stayed in America.Nevertheless, on the way to a meeting last Thursday at 10 a.m., when the Holocaust Remembrance Day siren rang out across the entire country, I was reminded – yet again – that Israel is truly unique.Those with cell phones in hand, women pushing strollers, people in their cars, literally stopped what they were doing and for 90 seconds silently paid their respects to the innocent lives lost more than 70 years ago.As frustrating as it is to be here at times, this national display of mourning and solidarity reminds us what this land represents and what a privilege it is to be here.The American side of me, however, is also quick to nudge my Israeli half and say, “You owe me, buddy.”That is why this special Independence Day edition is a celebration not only of Israel, but also of Israel’s alliances around the world.Yes, we are strong. Yes, we are defiant against many threats and movements hell-bent on our destruction (I’m looking at you, Hamas and BDS) – but to say that we accomplished our success alone is disingenuous.In the opening of this magazine, the always excellent Herb Keinon powerfully explains that Israel’s diplomatic dilemma doesn’t stem from being isolated; rather its problems lie in being misunderstood by its neighbors.As such, Lahav Harkov sat down with Yesh Atid Chairman, Yair Lapid, on his painstaking efforts to help explain Israel’s position to Europeans who are becoming more enthralled with the BDS movement by the day.As far as security matters are concerned, Yaakov Lappin weighs in on our strong military alliance with Greece, and Seth Frantzman explains Kurdistan’s affinity for the Jewish state as both nations face a region becoming impacted by extreme Islam.In terms of innovation, Lidar Gravé-Lazi and Niv Elis have penned articles on Israel’s flourishing educational and economic cooperation with China, respectively.On Remembrance Day for Fallen Soldiers, we again hear that deafening siren, but then the day eventually fades into jubilation as the country celebrates Independence Day.So while we all gather around our barbecues, happily munching away at the variety of meats and veggies on hand, I’ll be thankful for the establishment of the state, but perhaps even more importantly, for our friends who have our back.Happy Yom Ha’atzma’ut,
Noa Amouyal
News Editor
Advertisement
Subscribe for our daily newsletter