WIZO members from 40 countries to gather in Tel Aviv for quadrennial event. 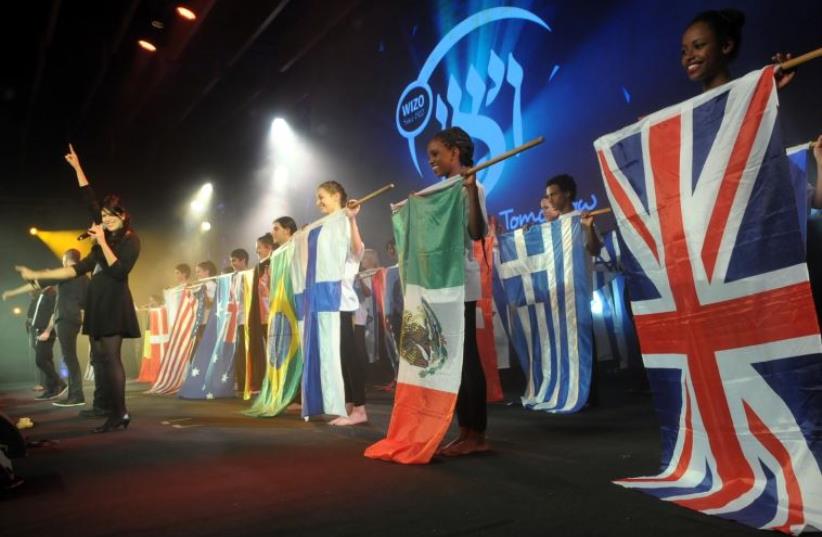 WIZO members from 40 countries to gather in Tel Aviv for quadrennial event
(photo credit: Courtesy)
Advertisement
Over 700 members of the Women’s International Zionist Organization will gather next week for the 26th World WIZO Enlarged General Meeting in Tel Aviv.The EGM will take place between January 17 and 21 of at the Hilton Hotel in Tel Aviv, with the theme of “Women Leading Change” and in celebration of the organization’s 95th anniversary.The women, known as chaverot [female friends], are leading figures in their respective Jewish communities, and will act as representatives of some of WIZO’s 250,000 volunteers worldwide.They will arrive from 40 countries, including the US, Australia, UK, Germany, France, Switzerland, the Netherlands, Italy, Canada, Mexico, Argentina, Brazil and South Africa.“WIZO’s demonstration of female power delivers a clear and unequivocal message about the place of women at the forefront of action as leaders of the Zionist and Jewish ethos,” said Prof. Rivka Lazovsky, chairwoman of the World WIZO Executive, ahead of the conference.The WIZO conference convenes once every four years, in Israel, in order to present and debate essential issues on Israeli and Jewish agendas, including: the status of women in the State of Israel and Zionist institutions, the status of women worldwide, the narrowing of social gaps, empowering at-risk communities and deepening the connection between Israeli and international youth.At the conference, WIZO sets out its policies and platform for the coming four years in the fields of education, welfare and the status of women. The EGM also features elections for World WIZO’s president, chairwoman of the executive committee and the executive committee itself.The WIZO representatives will take part in a wide array of discussions, lectures and workshops as part of the EGM and will hear from leading figures in the political, business and social spheres.Among the subjects of the workshops and panel discussions will be issues such as dealing with anti-Semitism and the delegitimization of Israel, advocacy for Israel, Israel’s economic and social challenges, cultivating leadership, the status of the woman in Israel in light of the current wave of governmental and institutional sexual harassment, gender inequality, and fund-raising in the age of a financial crisis.The conference will also hold a “farewell ceremony” marking the end of the tenure of World WIZO President Tova Ben Dov, whose WIZO career spans 51 years and includes a range of volunteer and executive positions.“WIZO continues to situate itself as the most meaningful Zionist organization for Jewish women in Israel and the world,” said Ben Dov.“Only with the activity of our international federations spread across the globe, which do sacred work on a volunteer- only basis, can WIZO be a serious and life-changing therapeutic and educational agent for the different populations in need of its services,” she said.She added: “There’s still a lot of work to be done; we have a long way to go in the fields of women’s empowerment, educational equality, family welfare, supporting weak communities, and strengthening connections with worldwide Jewry.”