The law, which was passed in 2007, has prevented IDF chiefs of staff and other generals from going straight from the army to the Knesset like many of their predecessors. 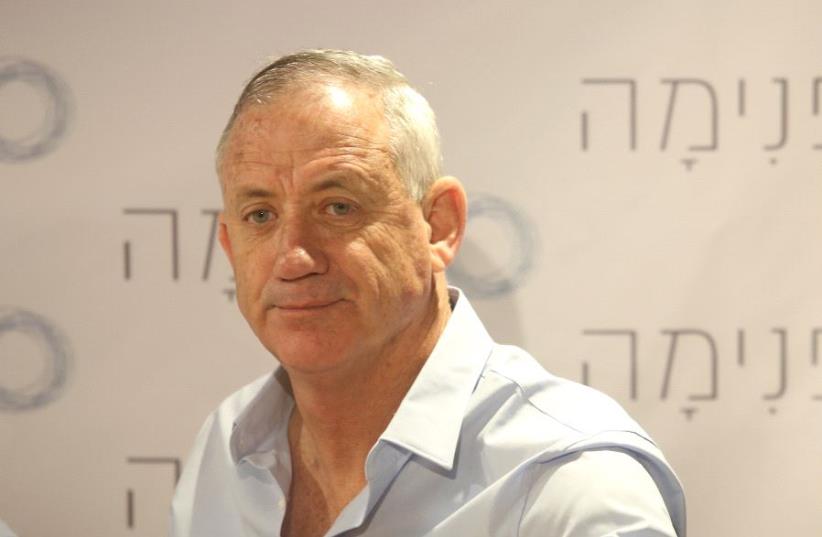 Benny Gantz
(photo credit: MARC ISRAEL SELLEM)
Advertisement
Yesh Atid MK Elazar Stern and former IAF commander Eliezer Shkedi asked the High Court of Justice on Monday to cancel a law that former IDF generals, Shin-Bet and Mossad chiefs, and police commanders require a three-year cooling-off period before they can enter politics.The law, which was passed in 2007, has prevented IDF chiefs of staff and other generals from going straight from the army into the Knesset like many of their predecessors. Stern said the bill was discriminatory.Sponsored by Prime Minister Benjamin Netanyahu’s political ally Yuval Steinitz, the law was passed in an effort to prevent former IDF chief of staff Dan Halutz and his successors at the helm of the IDF from entering politics.The law has led potential political opponents of Netanyahu to either enter business and make millions and lose interest in politics, or face criminal investigations that have preempted their prospective political careers.Stern’s court case was seen as an attempt by Yesh Atid to draft former IDF chief of staff Benny Gantz, who left his post in February 2015, and according to the harshest interpretation of the law could not enter politics until November 2018.The Zionist Union, which is also wooing Gantz, has its own court case on the matter.Gantz does not like being typecast as left-wing. He has never revealed his political ideology, and in private conversations, he does not refrain from praising Netanyahu.Unlike fellow former IDF chiefs of staff Moshe Ya’alon and Gabi Ashkenazi, whose views on each side of the political map are well known, Gantz is an ideological free agent, which only increases his political value.Gantz currently heads a cybertechnology firm called Fifth Dimension that is based in Tel Aviv’s Azrieli Towers, and volunteers with multiple charities.He is also involved in Pnima (Inward), a movement that aims to build a new vision for the state and appears to be an incubator for future leaders.In June 2016, Gantz spoke at an event at Ben-Gurion University of the Negev in Beersheba organized by the anti-Netanyahu organization Darkenu, which during the 2015 election was called V15 and worked to organize the grassroots in an effort to defeat the prime minister.When a student asked why he had not yet entered politics, Gantz first joked by saying he was suffering from the flu and that it could take him “at least two years to recover.” But he then responded to the expectations placed on him by those who want Netanyahu replaced.“I don’t see myself as a messiah of Israel, and I don’t think there are not good people in Israeli society,” Gantz said.“The political battlefield is very important. Key decisions about the country’s future are made there. There is no doubt that it has the most impact on Israeli society. I have not made a decision to enter politics. I have not made a decision to not enter politics. I know they are trying to color me in various colors, but I am sorry, no painter has hit the target.”