Texts between a former senior Border Police officer and a junior under his command were publicized for the first time after he was sentenced to 16 months prison time late last year. 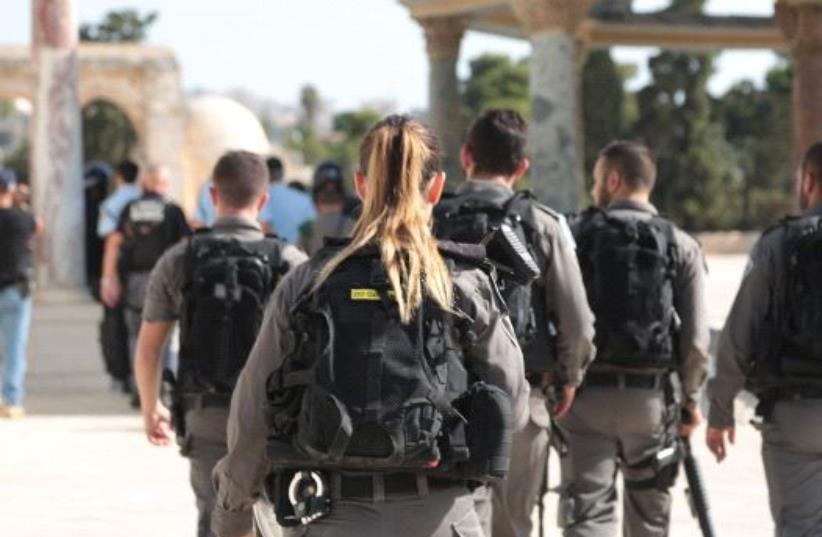 A series of text messages between an Israel Border Police officer and a junior police officer under his command who first accused him of sexual assault back in 2018 were released by KAN News for the first time on Thursday evening.

The former senior officer was found guilty at the end of 2021 of committing multiple sexual offenses and was sentenced to 16 months in prison as a result. However, the messages sent between him and the junior police officer had not been made public until now.

The text messages revealed that the officer had lured the younger girl to him under the guise of needing her assistance on an undercover police operation. In reality, however, no such operation existed.

On one occasion, the senior officer told the girl that it was required for them to dress up as a couple in order to go undercover in an Arab village in the center of the country.

In photos revealed by KAN, the officer can be seen kissing the girl several times, both of them disguised as Arabs. When she asked him initially if it was necessary for him to kiss her during the operation, he replied that it was, and should she not wish to do so, he would remove her from the operation and find a replacement.

Another time, under a similar pretext of requiring help with an undercover operation, the officer took her into a forest at night and proceeded to sexually assault her.

"He grabbed my hands tightly and pressed me up tightly against him," she says.

"I recoiled. During the moment he got into it, it was deeply animalistic. I tried to get out of his arms, I tried to get away from his pants that rubbed against me again and again."

"I tried to keep my mouth away from him but he wouldn't give up. I tried to talk, the main thing was to make sure he didn't touch me."

Continuing, she recounted to KAN News how she had tried to distract him to make him stop touching her.

"I asked him how he can be religious but also touch girls. He smiled and replied to me 'after all, I also desecrate the Sabbath, in order to save a life, we can do anything'"

Speaking to KAN News, Attorney Roni Aloni Sedovnik who represented the complainant in court said that in a unit such as the Border Police, the secrecy of their work cannot become a way to conceal illegal activities.

"It must be ensured that undercover units have strict rules enforced," she said.

Responding to the information shared by KAN on Thursday night, Israel Police stated that they "take such acts seriously that do not comply with the norms expected of a police officer, especially a senior officer."

"We will continue to work to create a safe and respectful work environment, to prevent sexual assault of any kind and to uncompromisingly handle events such as this as and when they occur."