How fashion trends have changed over the years

Trends change all the time, but you can keep up with the latest styles by watching TV or seeing what your favorite celebrities wear. Unless you like it your way. 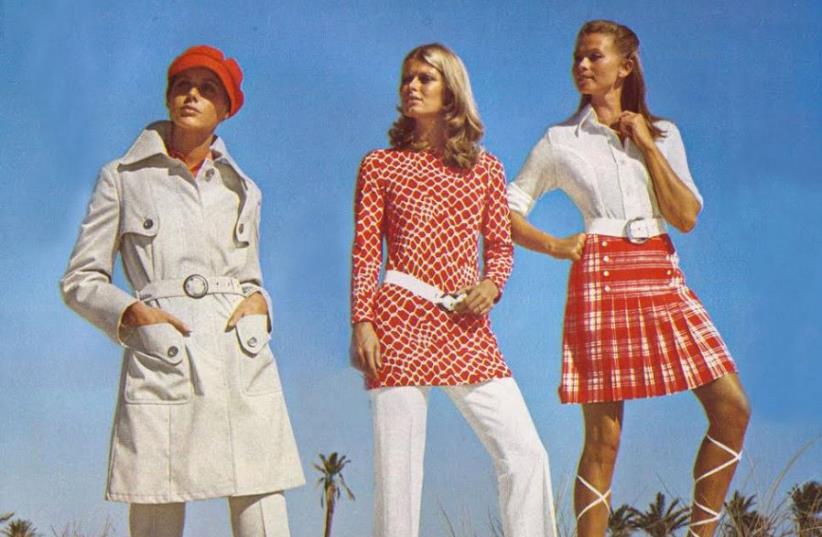 Clothing Trends
(photo credit: JPOST STAFF)
Advertisement
Fashion trends change so fast that sometimes it’s hard to keep up. But did you know that looking at old fashion trends can tell you a little bit of history from that time? Seeing what people wore can help you imagine what a place was like 30, 40 or even 100 years ago. Here’s how fashion has changed in the past century:
1920s
The 1920s were an exciting time in the United States and around the world. World War I was over, people had jobs and money, and women’s rights were changing. In 1919 in the US, women got the right to vote. Overall, people were feeling good, and this showed in the clothes that everyone was wearing. Women dressed in the “flapper” style. This included dresses with fringe, short haircuts, and bright makeup. Men wore suits, suspenders and bowler hats.
1950s
Just like in the 1920s, the style in the 1950s reflected people’s happiness after a war ended. World War II was over, and fashion changed as a result. During this time, women wore dresses that showed off their figure more. Hairstyles changed from the short bob of the 1920s, to a longer style with curls instead. For men, the 1950s brought the “greaser” style. This included men wearing jeans, a white T-shirt, and black leather jackets.
1970s
Groovy! The 1970s are known for a lot of activism and the “hippie” movement. Clothing during this time period was very colorful, and included tie-dye, bell-bottom pants, and mini skirts. For the first time in a long time, both women and men had long hair. Men also started to have mustaches and beards again. The 1970s were all about music and good times, so people’s clothes reflected that.
1980s
Style in the 1980s was influenced a lot by music. During this time punk rock, rap, and heavy metal music became very popular. Women’s hair and jewelry were big, and their makeup was bright with lots of colors. People involved in the punk rock world wore a lot of black clothing with heavy eyeliner. Both men and women wore a lot of fitness clothes; this included a lot of colorful tights.
1990s
The 1990s were more down-to-earth than the 70s or 80s. Women still had big hair, but makeup was more natural looking. Many people wore jeans and plain colored shirts along with Converse shoes, which became very popular. During this time, a lot of people also started to get more piercings than in other decades.
Present
Today, people dress based on many different influences. Some fashion choices are even based on looks from past decades, like the ones we talked about here. Trends change all the time, but you can keep up with the latest styles by watching TV or seeing what your favorite celebrities wear. Unless you like it your way. In that case, just wear whatever you feel like today!