Fifty-eight Habima theater actors claimed they had not been paid for a long period, and threatened to stop appearing at Habima if this dispute was not resolved promptly. 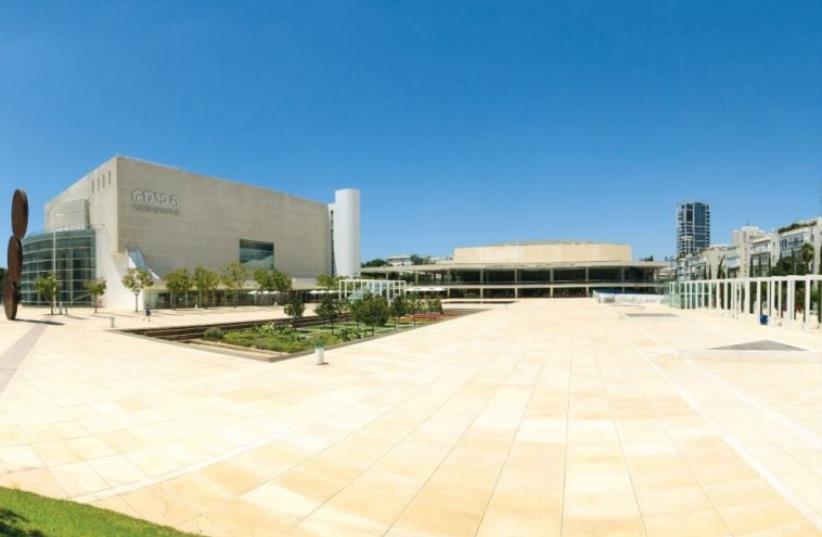 Habima Square
(photo credit: BENNY GAM ZU LETOVA)
Advertisement
The future for Habima National Theater was looking more tragic than comic on Sunday when a court filing by an accountant revealed that the theater in Tel Aviv is more than 72 million shekels in debt.This comes on the heels of a claim filed earlier this month by Shaham, the Israeli actors’ organization, involving a labor dispute by 58 Habima theater actors who are in the union, as well as for some non-union performers, who claimed they had not been paid for a long period. Actors threatened to stop appearing at Habima if this dispute was not resolved promptly.Habima refutes the claims of the report by accountant Hagit George and released a statement Sunday afternoon, which said, “It is a pity that the State of Israel, which is run today by treasury officials and not ministers, presents inaccurate data to the court, brought about by their indulgence of power and the delusional media spins trying to produce drama. Treasury officials forget that most of the deficit is the state’s fault, with the theater ending with a surplus for six years in a row, each year, and suffering only because of the state’s heavy debts and the state’s heavy interest rates, because it chose to give it loans instead of grants.“Unlike the lender’s accounting statements, the theater’s audited reports show that the deficit is significantly lower than what was presented in court by the lender’s accountant. The Habima Theater rejects the data presented by the lender’s account, and demands that the state immediately implement the government promises given to it over the past two years – including the implementation of the Standing Committee report, and without delay transfer the current allowance so that salaries can be paid to 400 players and employees.”A group of some of Israel’s most distinguished and established actors who have appeared at Habima, including the grand dame of Israeli theater, Gila Almagor, Jacob Cohen, Ami Smolarchik, Gil Frank, Ruby Porat Shoval, Sharon Alexander and others, attended a stormy meeting Sunday to discuss the theater’s future with management.Almagor led the charge, according to Channel 13 News, exclaiming, “What do they want, that we go out with hats into the square to collect money? I have been an actress for 63 years... Theater is actors, it’s stage workers, and without us, it’s nothing.”In September, the telemarketing company Power Dialing filed a claim against the theater, saying it was owed nearly 3 million shekels and calling for Habima’s liquidation. The theater management said the claim had been made in bad faith.The next act of this drama will likely be written by lawyers rather than playwrights and actors.