Rachel Bloom, the creator and star of Crazy Ex-Girlfriend, will help write and executive produce but not act in the show. 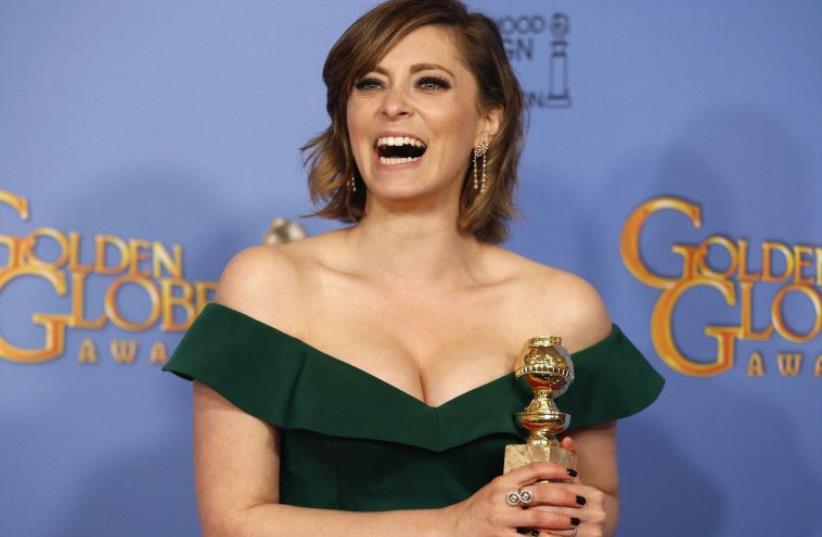 Rachel Bloom poses with her award for Best Performance by an Actress in a Television Series - Musical or Comedy for her role in "Crazy Ex-Girlfriend" backstage at the 73rd Golden Globe Awards in Beverly Hills, California January 10, 2016
(photo credit: REUTERS)
Advertisement
The Crazy Ex-Girlfriend team is back with a show that sounds even more Jewish: I’m In Love With The Dancer From My Bat Mitzvah.
The series, which has been put in development by the CW Network, is described as a romantic mystery comedy about a young woman just shy of graduating from college who is romantically rejected. She then becomes obsessed with a dancer from her bat mitzvah and eventually involves her friends in a criminal conspiracy. It’s inspired by true events, Deadline reports.
The show’s creator is Ilana Wolpert, who was an assistant on Crazy Ex-Girlfriend. Rachel Bloom, the creator and star of Crazy Ex-Girlfriend, will help write and executive produce but not act in the show.
Feeling nostalgic for “Crazy Ex-Girlfriend”? Read about the show’s particularly Jewish humor and its 10 best Jewish jokes.