Living in a post-American Middle East

The Netanyahu government is diversifying its foreign ties and building new independent capabilities, but critics warn that giving up on the US could leave Israel seriously weakened. 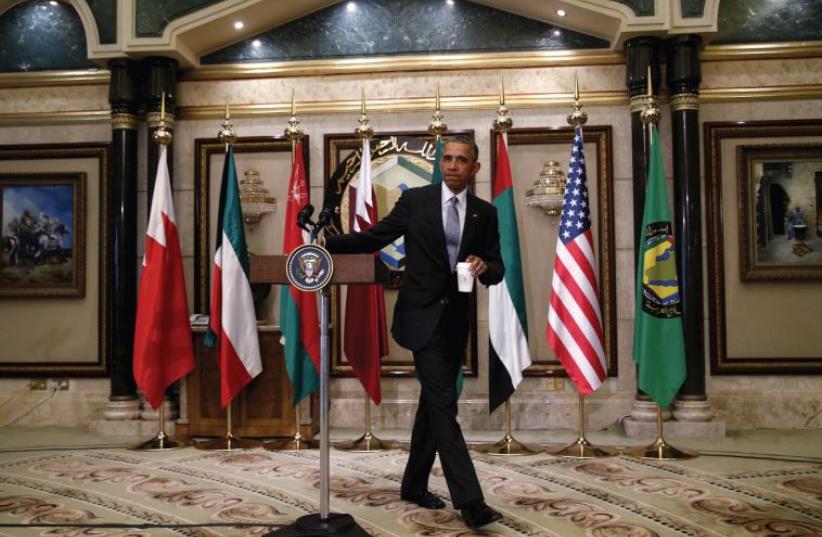 President Barack Obama walks from the rostrum after speaking at the Gulf Cooperation Council summit in Riyadh, Saudi Arabia, April 21
(photo credit: REUTERS)
Advertisement
FOR ISRAEL, US President Barack Obama’s legacy push to drastically reduce America’s Middle Eastern footprint could have major consequences. After the failed wars in Iraq and Afghanistan and the failure of the Arab Spring, Obama has despaired of being able to help shape the region for the better. Moreover, for an America no longer dependent on foreign oil, the endemically turbulent Middle East is no longer seen as so essential a geopolitical interest. Even it were, in Obama’s view, there is not much the US could do to make it a safer and more stable place. If it were to try, it would only get sucked into wars it cannot win.True, the US promises Israel the same diplomatic umbrella and an even higher level of military aid in the emerging post-American Middle East. And true the American 5th Fleet will remain in the Persian Gulf indefinitely to safeguard the flow of oil to US trading partners who need it – in Europe, Japan and even China. But as the region as a whole becomes less significant for the US geopolitically, the more Israel’s importance as an ally is likely to decline. And the more other less friendly players like Russia and Iran are likely to move in to fill the vacuum.