Out of focus - Have the Palestinians become invisible?

Israeli photography has turned its lens away from the realities of life in the Palestinian territories. 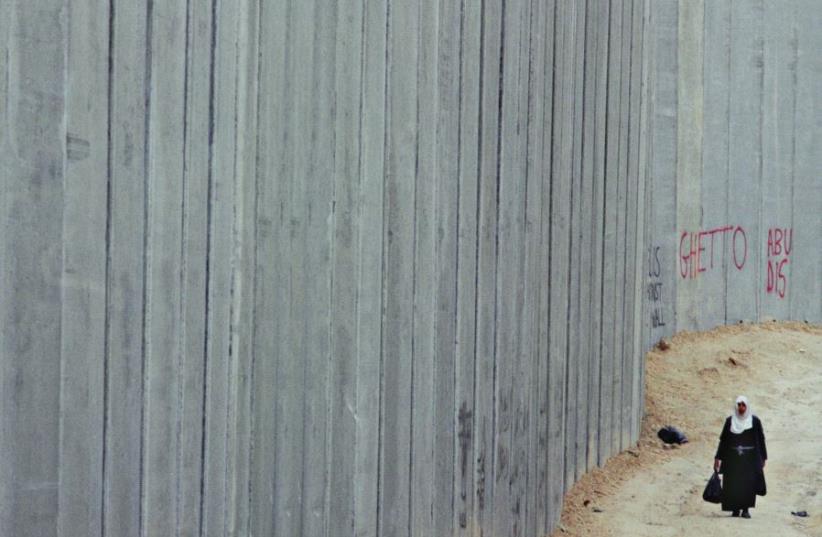 Miki Kratsman’s photo ‘Abu Dis 2003’ shows a Palestinian woman walking along the separation barrier in east Jerusalem
(photo credit: COURTESY MIKI KRATSMAN)
Advertisement
When veteran photographer David Rubinger died in March at the age of 92, few of his many obituaries in Israel or abroad skipped mentioning the renowned documentarist’s most famous photo: a group of IDF paratroopers at the Western Wall minutes after its capture by the Israeli army on the third day of the Six Day War.The photo depicted a handsome, blond soldier surrounded by his fellow combatants pensively raising his eyes to the ultimate symbol of the past and future Jewish claim to the Land of Israel.