Israel and US Jewry - the proverbial couple

The Six Day War made identification with Israel intrinsic to Diaspora Jewish identity. Fifty years on, are differences over the West Bank changing the relationship? 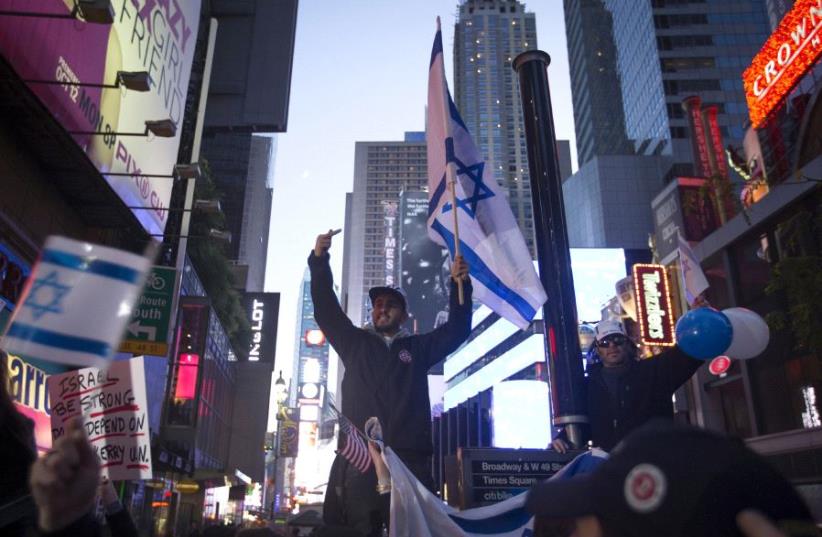 Pro-Israel demonstrators chant slogans in New York City in 2015. One segment of American Jewry that has drawn closer to Israel these past 50 years is the 10% who are Orthodox
(photo credit: REUTERS)
Advertisement
ON MONDAY afternoon, June 5, the first day of the 1967 Six Day War, and continuing for the remainder of the school week, ultra-Orthodox boys at the Yeshiva Chasen Sofer elementary school on New York’s Lower East Side assembled to recite psalms for Israel’s survival. Egypt’s president Gamal Nasser had declared: “Our basic objective will be the destruction of Israel.” The yeshiva was aloof from secular Zionism, yet 6,000 miles away a war erupted that put nearly 2.5 million Jewish lives on the line.That evening, CBS News with Walter Cronkite and NBC News with Chet Huntley and David Brinkley led their respective 7 p.m. broadcasts with the Middle East war story. Technological advances in news coverage propelled the conflict into American living rooms. In 21st century parlance, the Israel story had gone viral. When a ceasefire came into effect on June 11, it was clear that not only had Israel survived but it had won an outright victory.