The Jewish queens of chess

The story of Hungary’s famed Polgár sisters gains a new lease on life in an Israeli documentary. 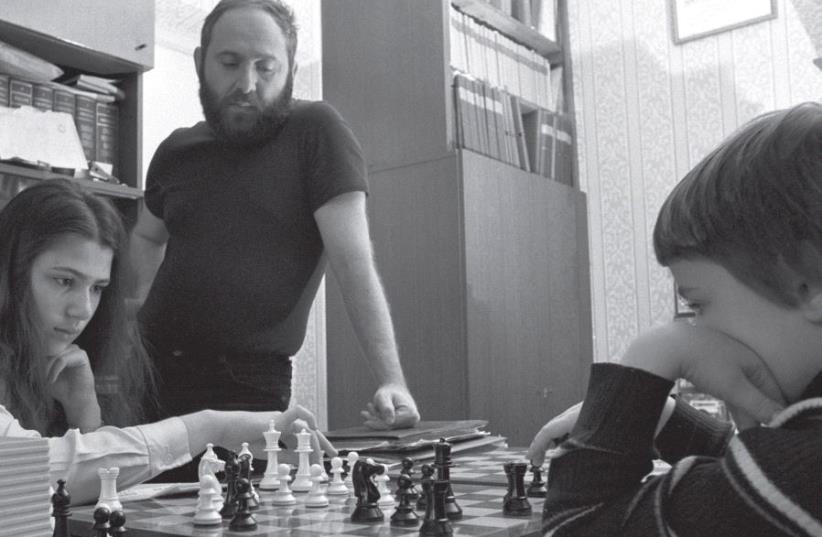 Laszló Polgár watches as his daughters Zsuzsa (left) and Zsófia play chess at the family’s Budapest home in the early 1980s
(photo credit: MTVA)
Advertisement
At the height of communism in Hungary in the 1970s, a cramped little apartment in a dreary housing project in a nondescript district of Budapest was the site of a grand experiment. A young Jewish-Hungarian educational psychologist came to believe, after studying the lives of famous child prodigies, that geniuses weren’t born but made. If children were immersed in one intellectual pursuit or another from very early on, László Polgár theorized, then anything was possible. He set out to prove it. As his test subjects, Polgár would use his own daughters: Zsuzsa, Zsófia and Judit. As the focus of their instruction, the Hungarian Jew chose chess. Polgár was a middling player himself, but the highly cerebral game suited his purposes just fine. “In chess, your progress can be measured empirically,” he tells The Jerusalem Report. “You either win or lose, and you can compete against players who are ranked based on their achievements.”Chess was at the time enjoying a renaissance across the Eastern bloc by serving as a proxy Cold War battleground of sorts between the United States and the Soviet Union. At an epic showdown in 1972, the mercurial up-and-coming American grandmaster Bobby Fischer defeated the stolid Russian world champion Boris Spassky, thereby breaking the Soviets’ decades-long dominance of the game. By 1975, Fischer forfeited his title to another Russian, Anatoly Karpov. Using Fischer, a child prodigy, as their model, Polgár and his wife, Klára, a teacher, set about training a new generation of grandmasters right at home. In defiance of Hungary’s communist authorities, the couple would homeschool their three daughters, who were born a few years apart.