The evacuation of Amona does nothing to change the fact that the notion of a Palestinian state is evaporating and the settlements are irreversible. 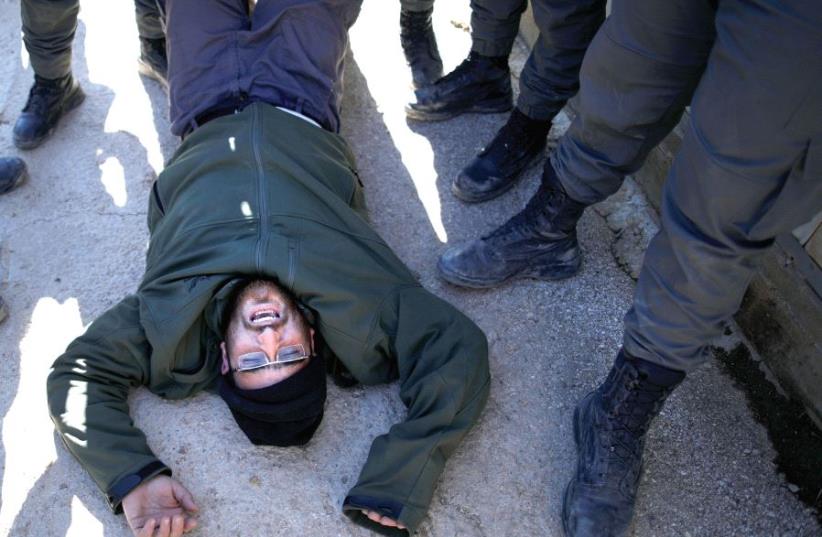 Policemen remove a pro-settlement activist during the second day of an operation to evict settlers from the illegal outpost of Amona in the West Bank, on February 2
(photo credit: REUTERS)
Advertisement
AT THE end of January, Prime Minister Benjamin Netanyahu’s right-wing government evacuated the illegal outpost of Amona, not far from the Palestinian city of Ramallah. The government tried every argument it could muster to avoid the dismantlement of the homes of 40 families, who had deceptively built their houses on private Palestinian land some twenty years ago.But eventually even Netanyahu and his ministers realized that Israel is still a democratic state and that they have to respect the decision of the Supreme Court to dismantle the outpost.The evacuation was one big show. To paraphrase William Shakespeare, every major player involved in it – the settlers, the police and the government – knew in advance the roles expected of them and acted accordingly. But unlike on the theater stage, in the real world of Israeli politics, the government didn’t act in harmony, but as individuals conspiring to trip their fellow actors and attempting to gain a standing ovation or at least to avoid the jeers of the audience.