‘According to law, a ministerial committee must convene and decide whether to approve the archaeological excavations carried out in the tunnel,’ says Emek Shaveh. 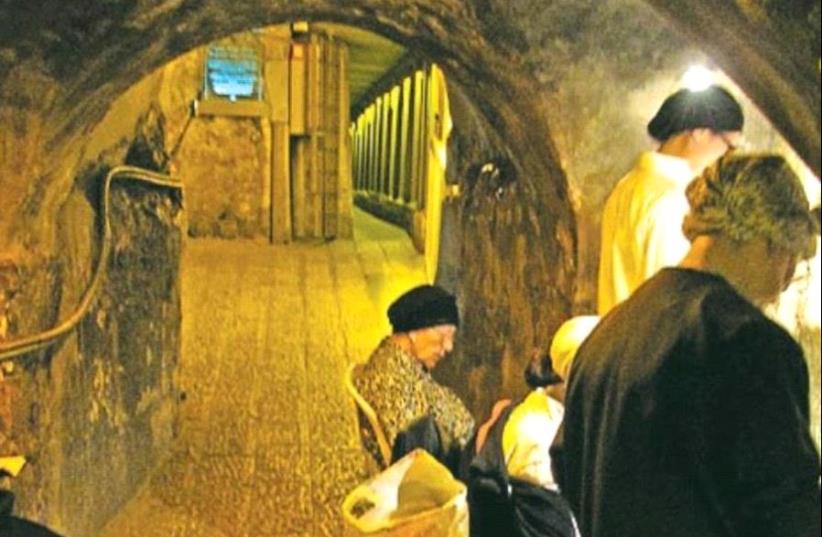 THE WESTERN WALL tunnel
(photo credit: Wikimedia Commons)
Advertisement
Emek Shaveh, a left-wing consortium of archeologists and activists, has submitted a petition to the High Court demanding the Antiquities Authority cease excavations in the Western Wall tunnels until a ministerial committee convenes to approve the project.According to the Antiquities Law, excavations at a sacred site require the approval of a ministerial committee composed of the ministers of culture, justice and religious affairs.“At a recent hearing of Emek Shaveh’s petition to the High Court regarding the sanctity of the Western Wall tunnels, the court accepted the state’s position that all the Western Wall tunnels are holy to Judaism,” the NGO said in a statement on Monday.“Therefore, according to law, a ministerial committee must convene and decide whether to approve the archeological excavations carried out in the tunnels.Such a decision cannot be undertaken solely by the Israel Antiquities Authority.”To date, all excavations within the Western Wall tunnels have been approved by the authority.“Now that the High Court has accepted the state’s position that the tunnels are a holy site, it is clear that, by law, a ministerial committee must be convened,” the organization continued.“Ostensibly, the convening of a ministerial committee would seem to be merely a matter of formality. We contend that, due to the sensitivity of excavations in holy sites in general – and in particular the Western Wall tunnels area and spaces running beneath the Muslim Quarter and adjacent to the Temple Mount – the senior political echelon must take responsibility and either approve or prohibit excavations at these sites.”The Western Wall tunnels run from the Western Wall Plaza beneath the Muslim Quarter to the Via Dolorosa, consisting of hundreds of meters that have been excavated over an extended period that now house underground synagogues, museums and tourist attractions.“The location of the excavations, and the fact that extensive development work is being carried out far from the public eye, makes it a matter of urgency that the political echelon should become involved in decisions over an area sacred to hundreds of millions of believers around the world,” Emek Shaveh said.“Past experience has taught us of the dangers of careless management of this area and how prone it is to deteriorating into violence.”In April of last year, Emek Shaveh also petitioned the High Court, demanding the state take over management of a tunnel that connects Silwan and the Western Wall from a right-wing NGO.The tunnel, which leads to the archeological site known as the Davidson Center, and reaches the foundations of the Temple Mount, is managed by the Ir David Foundation (Elad), which was founded in the 1980s to acquire the former homes of Jewish families who fled Silwan after the 1936 Arab riots.That petition was summarily dismissed by the court.