Some claim that acts of vandalism on Israeli campuses are fueled by antisemitic professors. 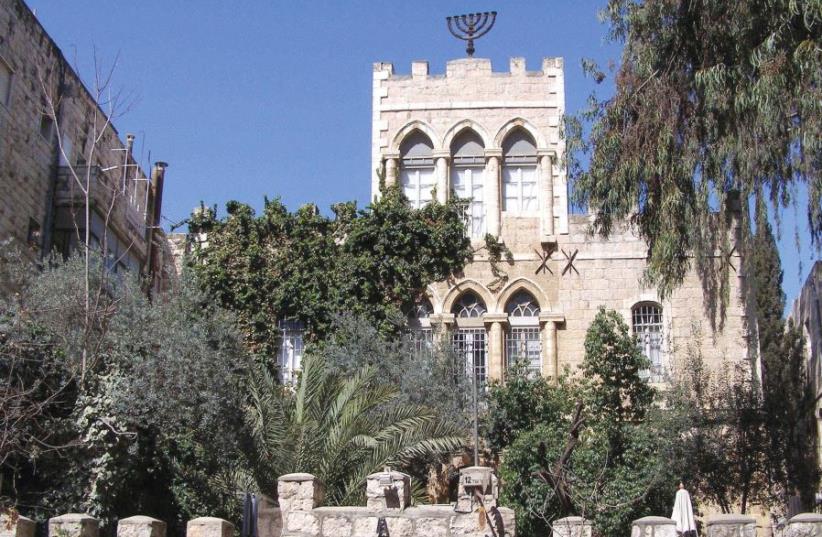 The Bezalel Academy of Arts and Design (pictured: historical building) has attracted a younger population to the city
(photo credit: RANBAR/WIKIMEDIA COMMONS)
Advertisement
A swastika was found spray-painted on the exterior of the Bezalel Academy of Arts and Design building on Mount Scopus in Jerusalem on Thursday morning.According to Zionist NGO Im Tirtzu, this is the second time in two weeks that swastikas were found on the Mount Scopus campus, which houses both the Bezalel Academy and the Hebrew University.The first one was found on July 26, on the door of a bathroom stall alongside a Star of David and an equals sign, so as to equate Jews with Nazis. The NGO also said a similar swastika was found on campus in February, however, according to the university, this has yet to be confirmed.The Bezalel Academy confirmed a swastika was found on Thursday, adding that it removed it.
Swastika vandalism at Bezalel Academy of Arts and Design (Dudi Eitsufin)
Matan Peleg, CEO of Im Tirtzu, said: “A reality in which two swastikas are discovered in the span of two weeks at a university campus in Israel’s capital is very troubling and dangerous.”Peleg said the political atmosphere at the Hebrew University may have contributed to the vandalism, and cited a lecture by political science professor Ofer Cassif where he equated certain Israeli laws to laws passed by Nazi Germany. The lecture was recorded and soon leaked to the public. “It is no wonder that such a thing could occur when there are professors in the Hebrew University who liken IDF soldiers to Nazis and Israeli laws to laws of the Third Reich,” Peleg said.“Unfortunately, many of the anti-Israel incidents that occur on campuses are bolstered by professors. This incident further illustrates the need for an academic code of ethics.”
Swastika vandalism at Bezalel Academy of Arts and Design (Dudi Eitsufin)
The Hebrew University said in a statement: “On July 26, a swastika was found painted inside the grounds of the Hebrew University. The offending symbol was removed and the incident is under investigation by the university’s security branch. Until the full investigation is concluded, speculation about causes or connections behind the offending symbols is premature and irresponsible.“The university views the drawing of offensive symbols very seriously and has zero tolerance for expressions of incitement on campus. The university espouses pluralism and freedom of expression, while upholding the law and safeguarding human dignity.”
Advertisement
Subscribe for our daily newsletter