And you thought you were the only person to make the connection between “Let it go” and “let my people go”? Think again. 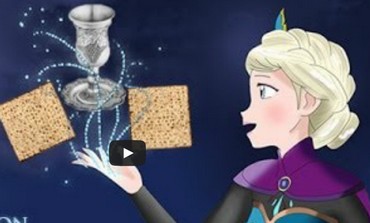 “Let it Go,” the wildly popular and Academy Award-winning song from Disney’s “Frozen” has made Jewish singer/actress Idina Menzel into a household name.It’s also spawned a slew of Passover-related parody videos, of widely varying quality, on YouTube. (And you thought you were the only person to make the connection between “let it go” and “let my people go”?)Kveller, the Jewish parenting site, has compiled a list of the five best.