Parshat Pinhas: What makes a leader?

Joshua is a true leader, who proved himself by “nurturing” and tending to the needs of his rebbe in addition to his having learned from him. 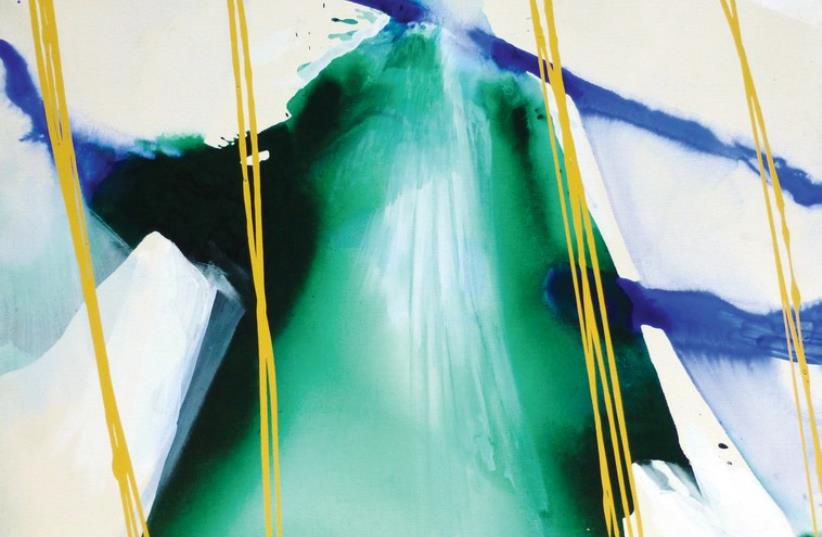 Picture from the parasha
(photo credit: YORAM RAANAN)
Advertisement
‘Moses said to the Lord, “May the Lord, the God who gives breath to all living things, appoint someone over this community to go out and come in before them, one who will lead them out and bring them in, so that the Lord’s people will not be like sheep without a shepherd”’ (Numbers 27:15-17).Moses’s request is made immediately after God instructs him to climb Mount Abarim, and take a glimpse of the Promised Land – after which “he will be gathered to his family-nation.”God explains that Moses must now relinquish his leadership because he did not sanctify God when he struck the rock instead of speaking to it. Moses must enter enforced retirement.On what basis is Joshua chosen by God to be his successor? The Midrash (Tanhuma Pinhas 11) suggests that the more logical choice would have been the more intellectually gifted Phinehas or Eleazar the priest, or alternatively, the personal choice of Moses himself – his own sons (see Rashi on Numbers 27:16). The Midrash explains the choice of Joshua by citing a biblical verse: “He who tends a fig tree will eat its fruit, and he who looks after his master will be honored. Let the one who watches over the fig tree get to eat of its fruits” (Proverbs 27:18).Joshua was the devoted servant who never left Moses’s tent (Exodus 33:11). He was such a faithful disciple that he was absent from the encampment during the sin of the golden calf because he remained all 40 days at the foot of Mount Sinai, waiting for Moses to come down from the mountain (Exodus 32:17).But why was “devotion” the primary consideration for a successor to Moses? After all, the most unique Mosaic quality was his outstanding intellect, the fact that his active intellect was able to connect and cleave to the active intellect of the Divine (as it were) so that Moses’s Torah and God’s Torah would merge together as one Moses was a “law-giver King,” a ruler whose precepts of compassionate righteousness and moral justice would rule Israel until the end of time. Why choose the outstanding caretaker, the best shamash, and not the most praiseworthy jurist, the leading expert in analysis and halachic judgment? I would submit that although we are rightly called the “people of the book,” and Jews throughout the ages have been proud of their intellectual accomplishments in Torah, in philosophy and in science (witness the large proportion of Jews who have won Nobel prizes), our Torah-Book is first and foremost meant to foster the well-being of the people, it is “for your good”: ”Its ways are pleasant ways, and all its paths are peace. It is a tree of life to those who embrace her; those who lay hold of her will be blessed” (Proverbs 3: 17-18).Our Talmud’s ultimate objective must be to create a perfect society which looks out for the welfare of each individual; hence Maimonides concludes his magnum opus Mishne Torah with a description of the Messianic Age, the period of human fulfillment and redemption which is the purpose of our entire halachic system. And it is not by chance that the source of our Oral Law, according to the Midrash is within the contextual frame of the Divine characteristics, the God of love, compassion, freely giving grace, long-sufferingness, great loving-kindness, and truth. We may be the people of the Book, but the objective of the Book is the welfare of the people, “to the people, by the people (human input in the Oral Law) and for the people.”The true fruit of the tree of Torah is the Jewish people, which Torah has informed, nurtured and recreated for the past 4,000 years. One can become too involved with the tree, so that one forgets that its purpose is its fruits, so involved in the analysis and casuistry of the logic that one overlooks the human enhancement which is its truest aim.Only one who watches over the tree and worries about preserving its fruits has the right to legislate for them.That’s why Joshua is appointed just as Moses is reminded of his sin at the “waters of strife,” when he strikes the rock (which symbolizes the often hard and stiff-necked nation) rather than speaking to it (Oral Law). And that is why the most fundamental task facing Joshua must be to understand the “spirits” of the people comprising the nation and suit his decisions (as much as possible) to their temperaments and needs. He must sensitively nurture his people just like a shepherd nurtures his flock not only leading from up-front but also personally bringing them in and taking them out whenever necessary. Joshua is a true leader, who proved himself by “nurturing” and tending to the needs of his rebbe in addition to his having learned from him.Shabbat shalom The writer is the founder and chancellor of Ohr Torah Stone colleges and graduate programs, currently celebrating their 30th anniversary, and chief rabbi of Efrat. The fifth volume of his acclaimed Torah Lights series of parsha commentary was recently published by Koren Publishers.