By LAHAV HARKOV
weekly schmooze 311
(photo credit: Courtesy)
Advertisement
It looks like 2011 is going to be a good year for Jews on reality TV. Last year saw British singer Stacey Solomon crowned as Queen of the Jungle on the UK's "I'm a Celebrity, Get Me Out of Here," and Modern Orthodox contender Esther Petrack on America's Next Top Model. This year, we've only reached February, and Joshie Berger, who was raised haredi and hails from Boro Park, Brooklyn, was named "Worst Cook in America" on the Food Network competition of the same name. Contestants on the reality show are put through a "culinary bootcamp," with Berger making the most progress. For the season two finale, he made a very un-Kosher meal of fried zuchinni blossom w/ roasted vegetable panzanella for an appetizer, brine pork chops with fennel sausage and swiss chard with polenta for his main course, followed by a blueberry nectarine crisp with mascarpone cheese for dessert. Watch him make dessert:In an interview with Heeb magazine, he discusses how growing up hassidic made him a picky eater, and says: "I think this whole Jews being good cooks is a misnomer based on all the holidays and how often cooking takes place."Speaking of treif cuisine, British airline EasyJet offered an interesting option for its Kosher meal on a flight from Tel Aviv this month: bacon baguettes and ham melts. The UK's Jewish Chronicle contacted the airline to ask them about the faux pas, and they said: "For flights to Israel…we do also offer non-Kosher products…but it is our policy not to load any pork products. It appears that a mistake was made on this flight." Oops.In another interesting restaurant scene, we have a video from Canadian Israel advocacy group "Size Doesn't Matter." The organization focuses on the fun side of Israel – beaches, night clubs, Bar Raphaeli – and its latest YouTube clip, titled "Small Country, Big Pride," shows off Israelis' liberal attitudes towards LGBTQs, calling this the country where "love has no boundaries." 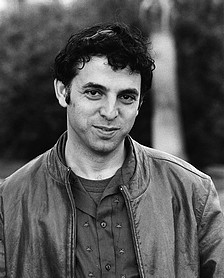 Speaking of interesting Tel Aviv experiences, writer Etgar Keret was featured in this week's New York Times Magazine feature "Lives." Keret shared a uniquely Israeli anecdote, in which a news website implores him to watch a video called "Palestinian killed in Samaria yesterday." As he tries to watch the clip, he is inundated with humorous advertisements for hummus and Kleenex, and ponders the odd contrast. There's also a cute exchange in which Keret's five-year-old son says he wants to be a cab-driver, because they receive cash all day long.Back in the UK, the Mirror polled its readers as to who is the "most-fanciable" (or as the Yanks would say, "crushable") Member of Parliament. The winner 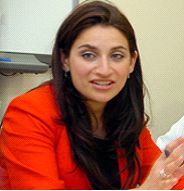 is Jewish Labour MP Luciana Berger, who, according to the British tabloid, used to date Tony Blair's son and is currently dating Labour's most fanciable male – Chuka Umunna, who is nicknamed "Britain's Obama." Maybe someone should tell Berger to keep her "fanciable" looks in the tribe! Of course, Berger's achievements go beyond who she is dating; the 29-year-old is Shadow Minister for Energy and Climate Change. For those of you who fancy Luciana, her weaknesses are cheesy dance movies and crisps, and she loves Bollywood films.The Weekly Schmooze collects the hottest Jewish culture news from around the world. Ranging from celebrities to philanthropy to quirky communities, we're here to schmooze about Jews.  If you have any news to share with The Weekly Schmooze, write to:[email protected]