The Weekly Schmooze: Bar Refaeli at the SuperBowl

By LAHAV HARKOV
JANUARY 10, 2013 12:43
weekly schmooze 311
(photo credit: Courtesy)
Advertisement
If you can't wait until Sunday to check out the new season of the buzzy Lena Dunham-written, directed and starring HBO show "Girls," you've come to the right place. The Schmooze has a musical preview for you. Dunham, the hipster doyenne and the toast of Brooklyn, found herself a suitor from the same social circles, and is dating Jack Antonoff of the band fun. A Jewish-hipster match made in heaven! The "Girls" star helped her boyfriend out by putting a song that didn't make it onto his album in her hit TV show's soundtrack. Here is fun.'s "Sight of the Sun."A new, very fun TV show premiered this week in the UK, and, of course, it's a period piece. "Mr. Selfridge" stars Jeremy Piven as the American founder of the eponymous London department store. Piven essentially reprises his role as Ari Gold from "Entourage," just in Victorian England and with cleaner language. It's a riot. The actor visited popular British talk show "The Jonathan Ross Show," to promote "Mr. Selfridge," was asked about his Jewish background and rapped his Bar Mitzvah Haftorah.Now for a heartwarming story. Star Trek Into Darkness director J. J. Abrams granted an exclusive screening of the still-unfinished film to a 41-year-old Trekkie with Leukemia, who only has weeks to live. 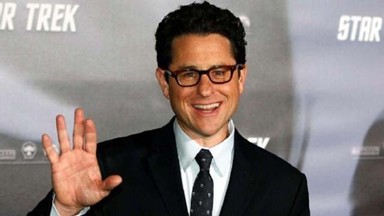 J.J. Abrams (Reuters)In other Hollywood news, a trailer has come out for This is the End, featuring some of today's most popular Jewish actor\comedians playing themselves, like James Franco, Jonah Hill and Seth Rogen, who also wrote and directed the film with Evan Goldberg. Check out the trailer – unless you're offended by expletives.Looking forward to the Super Bowl? Here's another reason to want to watch: Bar Refaeli will star in Internet domain company Go Daddy's notoriously racy commercial. Refaeli, who topped Maxim's 2012 Hot 100, is expected to be relatively covered up, in a cocktail dress or other formal wear. 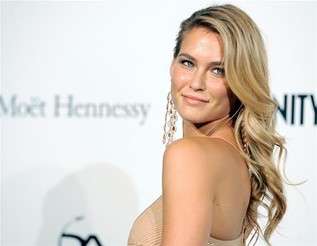 Bar Refaeli (Reuters)Whether you're stuck at home because of the snow in Jerusalem or at work on the other side of the world, now is as good a time as any to laugh at goyim using the word "schmuck." The Forward compiled some of the greatest uses of the Yiddish dirty word, from Led Zeppelin's Jimmy Page to Robert DeNiro in The King of Comedy to Warren Beatty in Ishtar, who pronounces it "smuck" and Bill Murray in Scrooged who says "the Jews taught me this great word!"The subway in New York is full of aspiring musicians, but one saxophone player found a new way to get passers-by drop coins in his hat: Pander to the Jews. This talented man's Jewish music ranges from wedding songs to "Jerusalem of Gold" to Passover classics.The Weekly Schmooze collects the hottest Jewish culture news from around the world. Ranging from celebrities to philanthropy to quirky communities, we're here to schmooze about Jews.If you have any news to share with The Weekly Schmooze, write to: weeklyschmooze@gmail.com
Advertisement
Subscribe for our daily newsletter