The Weekly Schmooze: Ivanka Trump at the Jersey Shore

A new 'Jpost' column wrapping up the hottest Jewish culture news worldwide: This week: Ari Gold atones for his sins; Succot and Lingerie.

By LAHAV HARKOV
OCTOBER 7, 2010 11:24
weekly schmooze 311
(photo credit: Courtesy)
Advertisement
September has come to a close, and with it, the High Holidays. It's been a busy few weeks for the Jewish people – let's see what some of the tribe have been up to. 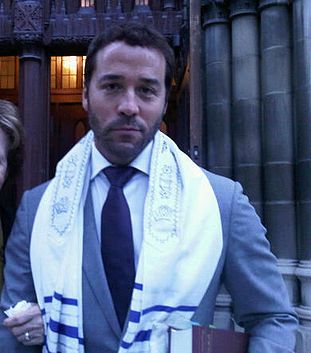 Actor Jeremy Piven, best known for portraying Ari Gold, the obnoxious talent  agent on HBO's "Entourage" tweeted a picture of himself and his mother walking out of their Chicago synagogue after Yom Kippur. "End of temple! Now we EAT!" was the caption Piven attached to a photo showing him in a tallit, holding a machzor.Want to know where Manhattan's hottest Jewish couple spent their Yom Kippur? Actually, Jared Kushner and recent Orthodox convert Ivanka Trump did not spend the high holidays in New York at all – they went to the Jersey Shore! No, J-vanka, as the tabloids call them, didn't 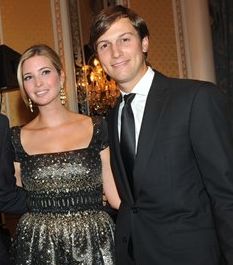 visit Snooki and The Situation; they prayed at Congregation Brothers of Israel in Elberon, NJ. The Kushner family has a summer home near the seaside synagogue, and even donated property to be used for a "satellite minyan" during the crowded Jersey Shore summers. Now, it seems that they've inspired Donald Trump to follow in their path. Trump owns a country club not far from the synagogue, and donated use of its golf course to the synagogue's school, Yeshiva at the Jersey Shore. The fundraiser was a massive success, and rumor has it that Trump will volunteer the golf course AND the tennis courts for next year's event.
Speaking of extremely wealthy people, the Forbes 400 list came out over Succot, and 30 Jewish people made the top 100. New York Mayor Michael Bloomberg is at the top, reaching number 10, and is followed by Google founders Larry Page and Sergey Brin. A few of the top 100 are of special interest in Israel. Sheldon Adelson (13) is a major supporter of Prime Minister Binyamin Netanyahu and owns popular newspaper Israel Hayom, while George Soros (14) was revealed as a major donor to J Street shortly after the Forbes list was published. Number 58, Ira Rennert, donates to many religious institutions in Israel. The only Israeli in the top 100 is television tycoon Haim Saban, at number 90.On the other side of the Atlantic, Marks & Spencer made waves recently in the Jewish community of Edgware, London.  The department store put a billboard showing a model in underwear and a robe right above a temporary "Sukkah Mart," causing many of the succah store's customers to complain.

The Jewish Chronicle contacted Marks & Spencer, who replaced the  advertisement with something less offensive to local consumers.  Last but not least, meet Esther Petrack. This is Esther's facebook profile. As you can see, she's a nice 18-year-old, Modern Orthodox girl who graduated from Boston's Maimonides School…and just might be America's Next Top Model. Esther, who was born in Jerusalem, auditioned for the 15th season of Tyra's model search, and made headlines in the Jewish and non-Jewish press. Tablet Magazine was concerned with Esther's flouting of Jewish law after calling herself Modern Orthodox. Other sources were more concerned with her, ahem, assets. As one YouTube commenter wrote: "Wow. I think the US is about to be a whole lot more pro-Israel."The Weekly Schmooze collects the hottest Jewish culture news from around the world. Ranging from celebrities to philanthropy to quirky communities, we're here to schmooze about Jews.

If you have any news to share with The Weekly Schmooze, write to weeklyschoomze@gmail.com
Advertisement
Subscribe for our daily newsletter