By LAHAV HARKOV
weekly schmooze 311
(photo credit: Courtesy)
Advertisement
It's time to rock and roll all night and party every day: Gene Simmons of the rock band KISS 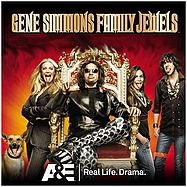 plans to visit Israel this month. The trip will be filmed for the 61-year-old rock star's reality TV show, "Gene Simmons Family Jewels." Simmons, who was born in Haifa as Chaim Witz, will show off his Hebrew to his partner Shannon Tweed and their children Nick and Sophie.If we're already on the topic of Jewish rockers, here's a song by Finnish heavy metal band Alamaailman Vasarat, which translates to Hammers of the Underworld. All of the band's members are Jewish, and in fact, they describe themselves as a "Finnish group playing kebab-kosher-jazz-film-traffic-punk-music with a unique Scandinavian acoustic touch." Check out the klezmer influences in the song "Astiatehdas." Warning: This music is not for the faint of heart.With all of the high-profile anti-Semitism in recent weeks, "Saturday Night Live" was bound to take notice. Last week's episode opened up with a sketch called "Duh! Winning! With Charlie Sheen," which showed a talk-show hosted by the former "Two and a Half Men" star, played by SNL regular Bill Hader. Hader used some of Sheen's now-infamous catchphrases, but skipped the actor's reference to producer Chuck Lorre as Chaim Levine. Sheen also hosted two other "highly evolved warlocks," as he called them: John Galliano and Muammar Gaddafi.Whether Sheen's comments were anti-Semitic or not is up for debate; he may just be a self-hating Jew. In an interview with "Access Hollywood," the controversial actor said his mother, Janet Templeton, is Jewish. "She is, in fact, Jewish," Sheen said, "so I guess that would make me Jewish and my children Jewish. And Brooke [Mueller], my ex-wife is Jewish. So I guess I should have rolled that out, too," when faced with accusations of anti-Semitism. 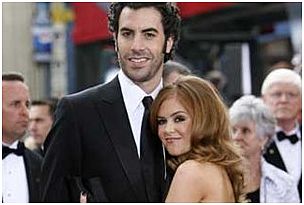 Next we have someone who's not an anti-Semite, but is famous for portraying one. Sacha Baron Cohen and wife Isla Fisher had a second daughter last summer, but did not announce her birth date or name. Gossip sites reported this week that the baby girl is named "Elula," after the Hebrew month of Elul. When Fisher converted to Judaism in 2007, she chose the similar-sounding Hebrew name "Ayala."Are you happy? Here are some ways to turn your frown upside-down, according to a Gallup poll: Be tall, male, Asian, over 65 years old…and an observant Jew! Gallup surveyed 1,000 Americans about their emotional status and quality of life, and came up with a number of indications of happiness. Other factors are earning over $120,000 per year, living in Hawaii, having children and owning your own business. The New York Times called a synagogue in Hawaii and found Alvin Wong, a man that meets these criteria: He is 5-foot-10, 69 years old, Chinese-American, keeps Kosher, lives in Honolulu, runs his own health care management business and is married with children. Wong told the Times that he is very happy, and his "life philosophy is, if you can't laugh at yourself, life is going to be pretty terrible for you." Then, he asked the reporter if the phone call was a practical joke.Finally, we have Israel's song for the 2011 Eurovision contest, by Dana International, who took home first place in 1998. Ms. International, a transsexual pop star, won the Pre-Eurovision contest on Wednesday with "Ding Dong," a song she wrote herself.The Weekly Schmooze collects the hottest Jewish culture news from around the world. Ranging from celebrities to philanthropy to quirky communities, we're here to schmooze about Jews. If you have any news to share with The Weekly Schmooze, write to: [email protected]