The world's most influential Jews: 41-50 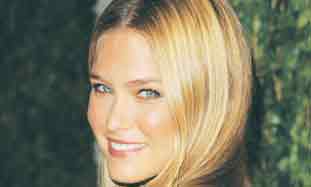 Bar RefaeliOne of the most famous faces of Israel both at home and abroad was born 26 years ago in Hod Hasharon. Bar Refaeli cemented her status as a supermodel when she was chosen to grace the cover of the 2009 Sports Illustrated swimsuit edition.Refaeli is not only well-known for her body and looks. She emerged as an international gossip column and paparazzi favorite when she began dating American actor Leonardo DiCaprio.She has her detractors because of her decision to avoid serving in the IDF. This year, she has begun to open up more to the media, and volunteer for social programs. She is a volunteer, for example, for Project Sunshine, an NGO that helps children facing life-threatening illnesses.Refaeli wrote an article for Rating magazine last year about her visit to the Better Place headquarters and urged others to support the electric car developer’s mission.