Climate control at your feet The evolution of underfloor heating systems

Israel is considered a hot country; it is generally very warm most of the year.

By JASON BLACKSHAW
(photo credit: SHUTTERSTOCK)
Israel is considered a hot country; it is generally very warm most of the year. But practically all parts of the country are cold during the winter months. The cold effects of the winter months are further augmented by the building methods. Because of the massive use of concrete these spaces are not insulated.  It therefore  stands to reason that people seek the most efficient and economical way to heat their home and/or place of business during the winter months. This is especially true for the Tel Aviv metropolitan with its high humidity levels which intensify the “feel” of cold.

In that regard, there are multiple options available. For example, underfloor heating. This system constitutes a form of central heating that renders comfortable indoor climate control using conduction, radiation and convection. Underfloor heating is considered economical and healthy. It is economical because it makes efficient use of energy; and it is healthy because the air quality in the enclosed space is not polluted. Overall, it creates a very pleasant heated environment, more pleasant than heating by air-conditioning which dries the weather and thereby creates a less pleasant environment.

Underfloor heating has a long history. Archeological digs in Asia and the Aleutian Islands reveal that thousands of years ago, the inhabitants drafted smoke from fires through stone-covered trenches which were excavated in the floors of their subterranean dwellings. In the ancient world model, hot smoke heated the floor stones, radiating the heat into the living space. Later, the Romans used hot water instead of hot smoke. They pumped heated water through a system of ceramic pipes under the floor.

These early forms of heating have evolved into modern systems using fluid-filled pipes or electrical cables and mats. Today, with the aid of modern technology, underfloor heating is much  more economical and practical than the earlier versions.

There are two main systems of underfloor heating: hydronic and electric.

The hydronic underfloor heating system uses heated water or a mixture of water and anti-freeze (such as propylene glycol) as the heat transfer fluid in a closed loop that is recirculated between the floor and the boiler used for heating the water. Various types of pipes are available for hydronic underfloor heating. They are generally made from polyethylene, such as PEX, PEX-Al-PEX and PERT. Older materials such as polybutylene (PB) and copper or steel pipes are used in some locales or for specialized applications. The hydronic system can use a single source or a combination of energy sources to help manage energy costs. The energy used to heat the fluid in the boiler can vary, such as natural gas, electricity or solar energy.

In the electric system, “power lines” are used instead of pipes. They employ non-corrosive, flexible heating elements including cables, pre-formed cable mats, bronze mesh and carbon films. Due to their low profile, they can be installed in a thermal mass or directly under floor finishes. The electric system uses fewer components and is easier to install and commission than the hydronic system.

But it is more expensive 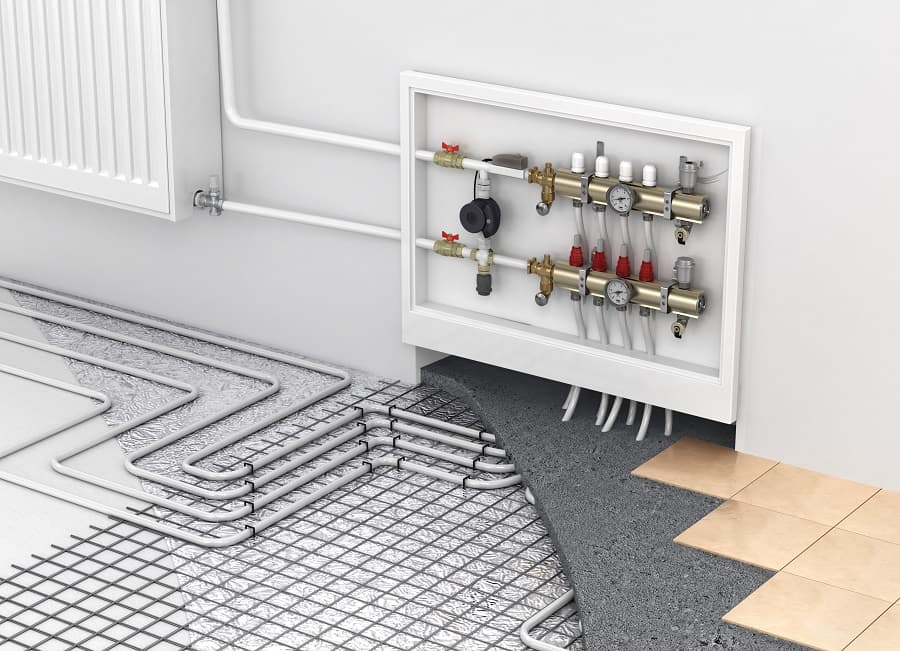 According to Oren Caspi, owner of CASPI Underfloor Heating, each system has its advantages and disadvantages, but both are economical and technologically advanced. 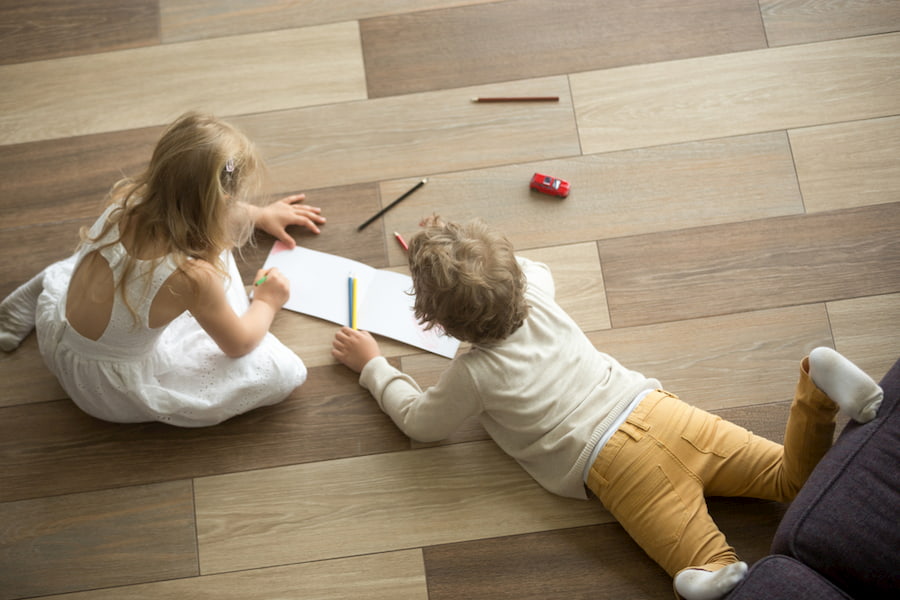 The levels of radiation in modern underfloor electrical heating systems are not harmful to health and they fall within what is considered save by international standards. Nevertheless one should endeavor to reduce radiation emissions as much as possible and one should always take into account that most if not all electrical appliances emit radiation and these emissions combine.

Consequently, the hydronic system can be considered more ecological and healthier, especially if clean energy is used to heat the fluid, such as solar energy or natural gas.

Underfloor heating is an efficient, cost-effective means to keep the home or place of business nice and warm during the cold winter months. And it is healthy for the body, so it is one of the best ways to keep one’s environment snug and cozy.

The easiest way to install an underfloor heating system is to set it up during the building process. The best next thing is to install it when undertaking a renovation project that involves tearing up the floor.