Once and for all: Is it safe to use LED lighting?

By JPOST.COM STAFF
JANUARY 14, 2018 17:27
LED Lighting success (illustrative)
(photo credit: BIGSTOCK)
Advertisement
In recent years, the tidings of LED bulbs have taken over the international lighting market with gusto and changed it unrecognizably. Lately, however, questions have been raised as to whether this type of lighting is, in fact, a revolutionary and beneficial one that does not bring disadvantages or health risks with it. We went out to check.
The position of the Ministry of Health regarding the use of LED lighting 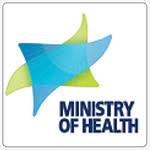 In a recent survey conducted by the Israeli Ministry of Health it was found that at this point in time, there is insufficient scientific evidence indicating a correlation between exposure to LED light and a negative effect on people’s health. Therefore, and in accordance with what is customary in other countries, the Ministry of Health does not find any justification at this stage for restricting the use of LED lighting or recommending limiting the exposure to such lighting within buildings (houses, public buildings, etc.).The illumination power of lighting fixtures used in open public space is much higher than that used in closed buildings. The French Agency for Health and Safety of Food, Environment and Employment expressed concern about the damage that could be caused to the eye due to direct exposure to fixtures emitting highly intense light.In health ministries in other countries, no such risks or others have been defined.Due to the concern that in the future additional scientific knowledge will be accumulated and since the establishment of infrastructure at a cost of millions of shekels requires various economic calculations regarding domestic use of such lighting, the Ministry of Health recommended adopting a conservative approach. Thus, if they discover (say in a decade) that there is a health risk, municipalities will not have to remove all the lighting infrastructure.  With regard to domestic use, as mentioned above, this light is less powerful and is also not close to the human body and therefore (according to information currently available) does not pose a health risk.If in a few years there is information indicating a health risk, then the replacement of bulbs (rather than systems or infrastructure) will be simple and easy to implement.It should be emphasized that apart from the risk of damage to the eye due to direct exposure to high intensity light, no causal relationship was found between exposure to light and other adverse health effects, including cancer.Therefore, the Ministry of Health reiterates its position that, according to current scientific knowledge, the use of LEDs does not pose a danger to human health. Expert opinion: What does the CIE think about the subject?

In light of the contradictory and negative information recently disseminated in the media about the safe usage of LED lights, the CIE, the Israel Committee for light engineering, decided to publish a communiqué. CIE Israel is the body that represents Israel in the CIE institutes around the world. The committee is part of the Association of Electrical and Electronics Engineers in Israel.“The Israeli government, like other governments around the world, decided to stop the sweeping usage of incandescent light bulbs in favor of compact fluorescent bulbs and LED-based bulbs.This decision stemmed from the need to improve the energy efficiency of lighting systems and reduce the amount of greenhouse gas emissions.Those opposed to the government's decision used a variety of arguments in their favor. Among other things, they claimed that this decision is coercive and that it is better to let consumers decide for themselves whether they want to save electricity or not.These and other arguments were rejected in a study published by CELMA, the Federation of European Lighting Companies.One of the main arguments addressed by the study was that LED-based lighting results in short blue light waves that can cause health problems. The study therefore focused on comparing the photo-biological safety of LED-based light sources to non-LED light sources.The main conclusion of the study was that LED-based lighting sources are as safe to use as incandescent bulbs and fluorescent bulbs and that the amount of blue light emitted from them is no different than that emitted from non-LED light sources. The DOE (Department of Energy) has determined that LED lighting is no more harmful than other light sources and that there is nothing to prevent the usage of LED-based bulbs in compliance with relevant local and international standards.From all of the above, it can be seen that LED lighting is safe to use while adhering to manufacturers' instructions and that its use does not create any health hazards. Another advantage: LED fixtures do not emit infrared and ultraviolet radiation.The CIE, the Israel Committee for Light Engineering supports and backs up government decisions regarding the prohibition of the use (and importation) of incandescent bulbs and adopts the approach that supports the intelligent transition to LED lighting while adhering to existing rules and regulations.”

And after we have received official permission: these are the leading advantages of LED lighting Economic savingsThe economies of LED bulbs is well known, but perhaps not everyone is aware of the savings rates this method of lighting can produce: no less than a 60-80% reduction in power consumption relative to conventional incandescent bulbs.Consumer savings in electricity amount to hundreds of shekels a year and make the initial expense of the investment worthwhile and cost-effective. For public buildings and businesses, savings are several times greater.

Long life span and durability for yearsLed bulbs are characterized by an unusually long life span. They are capable of up to 50,000 hours of work, which is 50 times more than a typical incandescent light bulb and 25 times more than a halogen light bulb.Used 12 hours a day LED bulbs may work for over 11 years.Boaz Bar-Ami, the head of the company Bar Ami Lighting Adds: "The average life span of an average bulb is 60,000 hours, which is about eight years. In comparison, a regular bulb will only last for about 1,000 hours. This is an inconceivable difference that saves not only money but also a lot of hassle.” 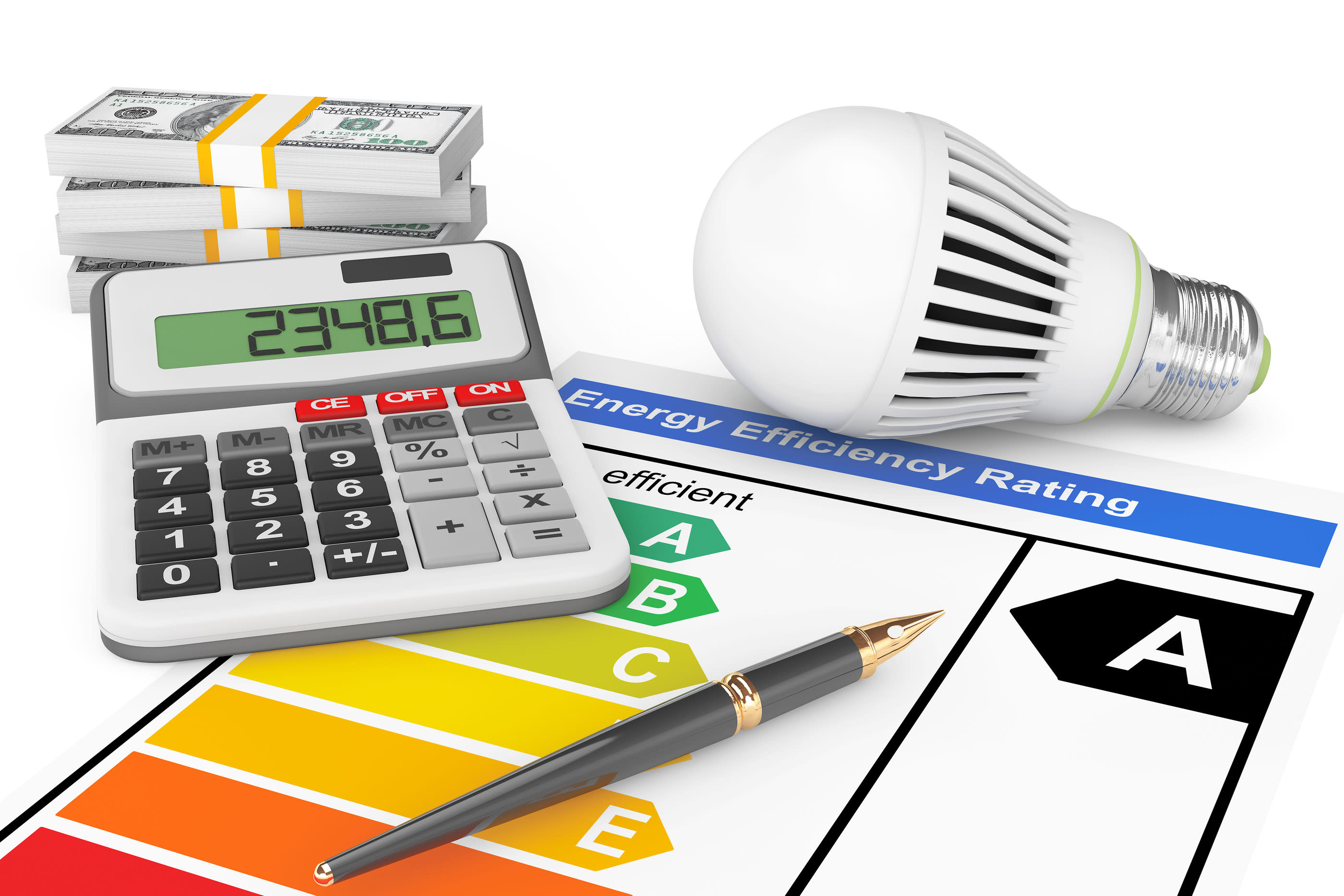 The safety aspectUnlike other energy-efficient types of lighting, the LED bulb does not emit polluting radiation and therefore does not pose a health hazard. It is important to note that LED bulbs operate at low voltage and are therefore considered safe compared to any other lighting systems (LED operates at low DC voltage 12 V).LED lighting also does not emit UV or infrared radiation, it does not contain mercury and is resistant to shocks and vibration even in a particularly cold environment. Protecting the environmentEnvironment friendly LED light bulbs are recommended by green organizations all over the world. Their use reduces greenhouse gas emissions and air pollution, while the longer life span reduces the amount of solid trash. Wide design spectrum“Beyond these practical aspects,” Bar Ami adds “it is worth noting, of course, the beautiful design of the LED lighting, which distributes uniform, pleasant and homogeneous light and even adds, in addition to the usual bulbs, a spectacular spectrum of additional shades.”In addition, the LEDs allow instantaneous lighting, without the delay typical of other economical types of lighting. There is no twinkle during the operation (the crystal works on a straight and non-alternating current), compared with the other types of lighting, it takes between half a second and 6 minutes to turn on. Also LED bulbs can be dimmed.

Minimal maintenanceOn top of everything else, there is another savings aspect created by the fact that, unlike other bulbs, there is no need for a constant replacement of LED bulbs. This saves resources and money spent on maintenance for private consumers and especially for institutions, offices, commercial centers and other public buildings where light bulbs were replaced constantly before the arrival of LED’s. In comparison, other energy saving bulbs may need to be replaced between six to ten times during the ten year term of usage.In addition, LED bulbs are characterized by high operating reliability, as there are no accessories requiring replacement (chokers and starters in the other types of lighting).WarrantySome manufacturers sell the bulbs with a warranty for three to five years.The length of the warranty varies depending on the type of bulb or manufacturer and there are importers who add their own warranty (up to three years), a few years more.
In conclusion, after making sure that there is no danger involved in its use, savings, ecological contribution, efficiency and beauty are just some of the advantages inherent in the innovative LED technology. Combining this technology with current and correct design can do wonders for the atmosphere and the look of your home and help protect the world and save a lot of money.