So how do we celebrate a covenant with God? How do we express the joy and the privilege of being Jewish? What is the right way to celebrate our love of God? The Jewish nation has the answer.

Following the seven days of Sukkot, the Jewish year comes to another holiday with two names: Shmini Atzeret and Simhat Torah.

The name Shmini Atzeret appears in the Torah. It expresses the fact that it is the eighth (shmini) day of Sukkot, and it is different from the intermediate days of the holiday (Hol Hamoed) in that we are “otzrim” (stopping) from doing melacha (work). In contrast, the name Simhat Torah has no source in the Bible. Its source is, apparently, in the Middle Ages, and it is hinted at in the Zohar. The name stems from the custom to complete the annual cycle of reading the Torah on this day. In honor of completing the cycle, there are circular dances – hakafot – with the Torah scrolls in the synagogue, along with special customs of rejoicing.

What is the relationship between these two names?

Are these two separate holidays that coincidentally occur on the same date or is there some essential connection between them? Let’s first delve into the relationship between Shmini Atzeret and the preceding holiday of Sukkot, and from this we will understand how the custom came about to rejoice with the Torah especially on this holiday.

One thing noticeable to someone who examines the verses of the Torah that discuss Sukkot is the large number of sacrifices offered in the Temple during these days. During the seven days of Sukkot, there were 70 special sacrifices, in addition to many others. Based on the explanation in the Talmud and based on different parashot in the Bible, the number 70 refers to all the nations of the world. These sacrifices were offered by Jews, of course, but they were meant to protect all of humanity. These are the words from Tractate Sukkah in the Babylonian Talmud: 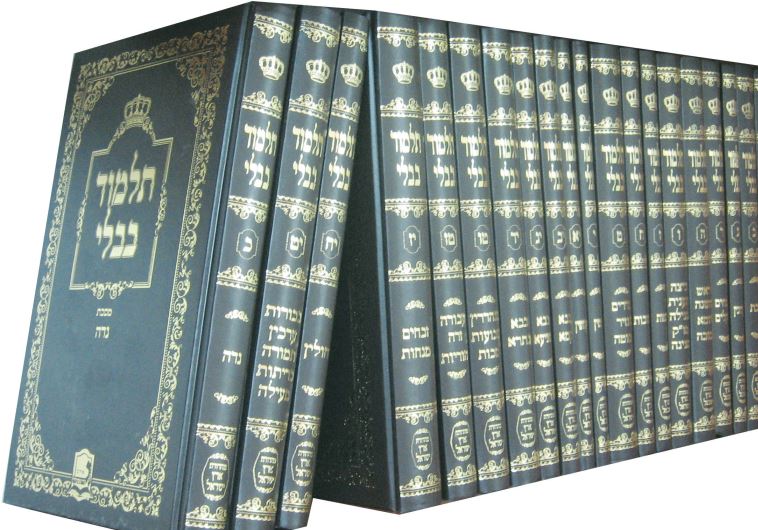 “Rabbi Yohanan said: ‘Woe unto the nations of the world that lost something and do not know what they lost. When the Temple is standing, the 70 bulls sacrificed on the altar during the festival of Sukkot atone for them. And now that the Temple is destroyed, who atones for them?’” (Tractate Sukkah, 55)

“Rabbi Yohanan said: ‘Woe unto the nations of the world that lost something and do not know what they lost. When the Temple is standing, the 70 bulls sacrificed on the altar during the festival of Sukkot atone for them. And now that the Temple is destroyed, who atones for them?’”

Thus, there was a universal aspect to Sukkot in which the Jewish nation expresses its partnership with all of humanity standing before God. In contrast, on Shmini Atzeret, only one sacrifice was offered. The explanation for this also appears there in the Talmud:

“These 70 bulls that are sacrificed as additional offerings over the course of the seven days of Sukkot, to what do they correspond? They correspond to the 70 nations of the world and are brought to atone for their sins and to hasten world peace. Why is a single bull sacrificed on the Eighth Day of Assembly? It corresponds to the singular nation, Israel. [The Gemara cites a parable about] a king of flesh and blood who said to his servants: ‘Prepare me a great feast that will last for several days.’ When the feast concluded, on the last day, he said to his beloved servant: ‘Prepare me a small feast so that I can derive pleasure from you alone.’” (Ibid)

After seven days of a universal celebration, we have a celebration that is particular to us. The Jewish nation is part of humanity at large, but it has its own uniqueness, as it says in the Mishna, “Beloved is man, for he was created in the image [of God].... Beloved are Israel, for they are called children of God” (Ethics of the Fathers 3, 14).

On Shmini Atzeret, we celebrate the Jewish nation’s unique character – not biological or genealogical, since any person from any nation can join the Jewish people through a proper conversion process, but its spiritual character. The Jewish nation is the “lover” of God, like in the Talmud’s parable. Since the Exodus from Egypt, we have had a covenant with God, and this covenant is worthy of celebration.

So how do we celebrate a covenant with God? How do we express the joy and the privilege of being Jewish? What is the right way to celebrate our love of God? The Jewish nation has the answer. We complete the reading the Torah on Shmini Atzeret, and we rejoice with the Torah.

Not only the learned scholars who study Torah their entire lives. Every Jew is part of this celebration. Any person who goes to synagogue on Shabbat and hears the Torah reading completes the Torah on Shmini Atzeret. That is how the holiday of Simhat Torah was created – a holiday totally dedicated to the expression of our love of and rejoicing in the Torah, the values of Judaism, the Torah’s commandments and the Jewish lifestyle we are privileged to live.

If Shmini Atzeret is God’s invitation to His “lover” to make a “small feast,” as appears in the parable we quoted, then Simhat Torah is the actualization of this invitation.

We accept the invitation, and we take out the Torah and dance with it as “lovers” of God, His Torah and His commandments.  ■