Parashat Masei: Will the stains ruin the picture?

This summary invites us to focus on those 40 years during which the Children of Israel wandered in the desert.

By SHMUEL RABINOWITZ
DESOLATE DESERT landscape: This summary invites us to focus on those 40 years during which the Children of Israel wandered (Illustrative).
(photo credit: GERSHON ELINSON/FLASH90)
Advertisement

Parashat Masei is the last Torah portion in Numbers. This parasha concludes the description of the wanderings of the Children of Israel on their way from Egypt to the Land of Israel. The next book, Deuteronomy, which we will begin reading next week, is composed mostly of speeches given by Moses before he departs from the nation, and a smaller portion describes his actions in the final days of his life. The long journey taken by the Israelites in the desert, which began in Exodus in Parashat Beshalah and continued throughout Exodus, Leviticus and Numbers – is ending this parasha as the Children of Israel reach the Plains of Moab and camp adjacent to the Jordan River on the eastern border of the Land of Israel.

And indeed, the content of this parasha fits the end of the journey. We read a summary of the journeys in the desert, the borders of the land the Israelites are about to enter, the manner in which the land will be divided among the tribes and other topics relating to this division. This is a clear conclusion of the years of wandering in the desert and a practical preparation for entry to the land.

This summary invites us to focus on those 40 years during which the Children of Israel wandered in the desert. When we survey the stories in the Torah about the Israelites, the image we get is of a nation that sins and complains a lot: the sin of the golden calf, the sin of the spies, incessant complaints about the hardships of the journey, the rebellion of Korah against Moses and Aaron, and so on.

In Chapter 14 of Numbers, God says to Moses, “they have tested me these ten times and not listened to My voice,” and indeed, the Mishna in Pirkei Avot summarizes this and determines, “With ten tests our forefathers tested God in the desert” (Ch. 5, Mishna 4).

In contrast to this, the Prophet Jeremiah describes the period of wandering in the desert in a starkly different way, pointing to the devotion and loyalty of the Children of Israel: “So said the Lord: I remember to you the loving-kindness of your youth, the love of your nuptials, your following Me in the desert, in a land not sown.” (Jeremiah 2:2).

“So said the Lord: I remember to you the loving-kindness of your youth, the love of your nuptials, your following Me in the desert, in a land not sown.” 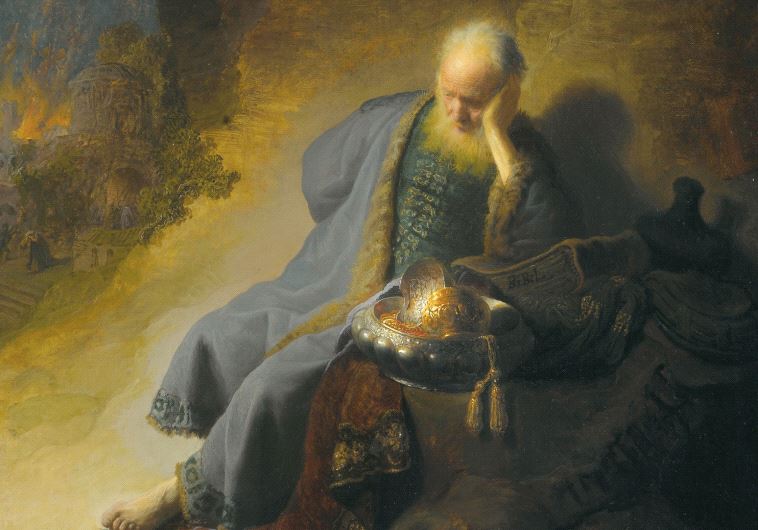 Following this description, Jeremiah rebukes the people of Jerusalem prior to the destruction of the Temple, claiming that as opposed to their forefathers in the desert, they are ungrateful and forget the loving-kindness of God and sin against Him.

The words of Jeremiah remind us to notice that the stories of the sins of the Children of Israel in the desert describe only 10 sins in the entire 40 years. Indeed, these were serious sins that the nation was punished for, but 10 sins in 40 years, in about 4,000 days, are not enough to paint the entire picture in a negative light!

We know that the adult males who left Egypt did not enter the Land of Israel. Following the sin of the spies, when they spoke badly about the land and the nation asked to return to Egypt, they were punished with 40 years of wandering in the desert during which the entire generation that had left Egypt died. Those who entered the Land of Israel were their children who were young when they left Egypt or who were born in the desert. Rabbi Samson Raphael Hirsch (a prominent German rabbi in the 19th century) saw this as praise of the parents who did not enter the land. He writes as follows:

“Those ancestors, who lost their privilege to the land, knew how to educate their children for the 38 years of their wanderings... So that now there are about 600,000 men worthy of continuing the rule of God in the land. This fact proves that the ancestors knew how to atone for their sins with their children, and the generation of the desert was – in the words of Hazal – ‘dor de’ah’ (the generation of wisdom)... It seems that the general summary of the wanderings in the desert provides an awe-inspiring picture, despite all the repetitive sins. “ (Rabbi Samson Raphael Hirsch on Numbers 26)

That same generation that followed God in the desert with devotion and loyalty, suffered the hardships of the journey and ultimately did not merit entering the land themselves, can teach us an important lesson. We must not judge another person, nor should we judge ourselves, based on a few unworthy acts. The general picture can remain one that inspires admiration and amazement, even if it has a few stains we would prefer to conceal.  ■

The writer is rabbi of the Western Wall and holy sites.