Parashat Vayechi: We must not give up the path

Human nature often strives to know how things will end: to read the last page of the book right at the beginning, to know ahead of time how and when we will find our partner etc.

Parashat Vayechi concludes the book of Genesis, the first of the five books of the Torah. The parasha tells us about the blessings Jacob gave his sons before leaving this world, about Jacob’s death and the royal funeral he was given, and it ends with the death of Joseph, viceroy to the King of Egypt.

When Jacob felt his days were numbered, he turned to his sons and said: “Gather and I will tell you what will happen to you at the end of days. Gather and listen, sons of Jacob…” (Genesis 49:1-2)

We can understand from these verses that Jacob was planning on telling them about the complete redemption that would emerge in the world at the end of days. But when we read the following verses in which Jacob blesses his sons, we find no reference to the end of days. The Sages say this: “Jacob wanted to reveal to his sons the end of days, but the Divine Presence abandoned him…” (Pesachim 56:1)

Our Sages taught us that Jacob indeed planned to tell his sons about the end of days, when the troubles and exiles of the Jewish nation would cease and they would reach their “resting place and inheritance” and when the Divine light would appear in the world in all its glory. Jacob knew about the end of days because of Divine inspiration, but at the moment he opened his mouth, that Divine Presence abandoned him. Therefore, he gave up on his desire to reveal the “end of days,” and instead decided to bless his sons.

A close examination of these verses reveals another layer of this interpretation. Indeed, Jacob initially wanted to share with his sons how the complete redemption would happen, when it would happen, but when the Divine Presence abandoned him, he realized it would not be the right thing to do. 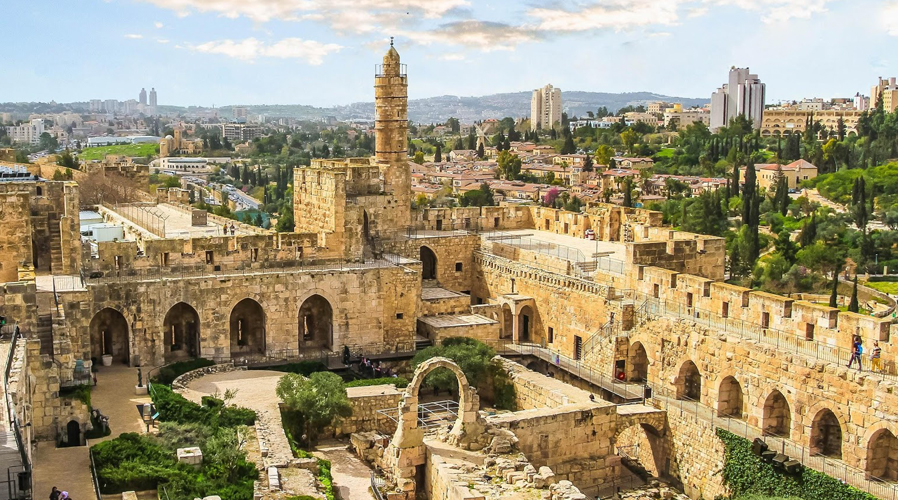 Human nature often strives to know how things will end: to read the last page of the book right at the beginning, to know ahead of time how and when we will find our partner or how we can become financially well-off. But that’s not how the world works.  To reach the goal, we have to undergo a process of effort and growth.

The means to an end is necessary to guarantee that full and desired goal. If we read the last page first, if we know in advance what the last stop in our life will be, then both the goal and path to it will lose their value and will not achieve their purpose.

This is true also regarding the end of days and the complete redemption. If the world would know in advance how and when we will reach our destination, the path will lose its significance and the goal will be something from which we will be unable to draw strength and inspiration.

When the Divine Presence abandoned Jacob, he understood that God desired the means, not just the end. We must be unaware of our future if we are to create it ourselves. Therefore, Jacob blessed his sons with blessings that also served as road maps.

He showed his sons the path they should choose for each of the 12 tribes; the path that – with hard work and effort – could lead the world to redemption and completeness.  ■