Parashat Vayeshev: Beyond the physical body

“The deeds of the fathers are signs to the sons.” (Nachmanides on Genesis 12:6) 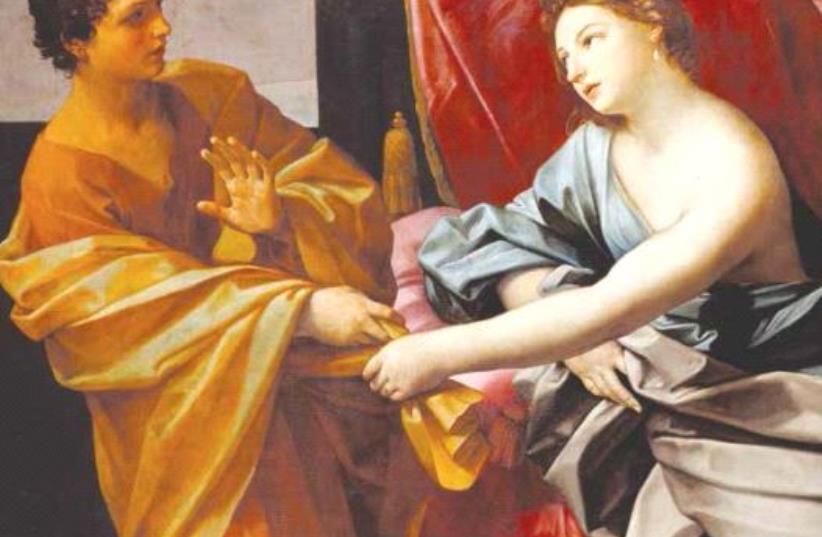 From parashat Vayeshev until the end of the book of Genesis, the Torah focuses on Joseph and his brothers – Jacob’s sons. It is a long and complicated tale, beginning tragically with Joseph being thrown into a pit and then sold into slavery by his brothers, and ending with Joseph becoming Egypt’s viceroy and Jacob’s family going down to Egypt.

“The deeds of the fathers are signs to the sons.” (Nachmanides on Genesis 12:6)

Rabbi Moses ben Nachman (the Ramban, a commentator, posek, and doctor in 13th-century Spain) offered this to explain the relevance of the Genesis stories for future generations. The events that happened to the patriarchs of the nation and the challenges they faced are repeated with their children at different points in time in history. We are meant to draw inspiration and strength from these Genesis stories in order to overcome the challenges in our own lives and choose the correct path.

One of the stories in this week’s Torah portion is the story of Joseph and Potiphar’s wife. Joseph, having been sold into slavery by his brothers, ends up in Egypt and is sold to the family of Potiphar, sar hatabachim (captain of the bodyguards), a prominent position. Joseph quickly stood out in his work, and attracted the attention of his master until he ultimately was made responsible for the entire household. Success followed Joseph in all his endeavors and Potiphar’s wealth grew.

Meanwhile, Potiphar’s wife desired the successful and attractive Joseph and tried to seduce him in a variety of ways. Joseph withstood the seduction attempts, explaining his refusal by saying he did not wish to betray his master who had placed his trust in him, or sin before God.

One day the house was empty, and Potiphar’s wife sensed an opportunity. She tried seducing Joseph again, and upon his refusal, grabbed onto his clothes and tried to forcibly pull him into her room. Joseph left his clothes in her hand and escaped the house. Angered and shamed, she accused Joseph of attacking her, and he was thrown into prison.

What was it that gave Joseph the strength to withstand the daily seductions, while in a foreign land because of the deeds of brothers who hate him, torn from his family and his environment, living in a culture devoted to its urges?

Moreover, it seems that Joseph was aware of the potential ramifications of refusing Potiphar’s wife’s seduction attempts, and of her power over a slave from a foreign country, yet despite all this, he courageously overcame the temptation to give in.

The answer stems from a new understanding of what defines us as humans. A person who believes that the material body is the only component that makes him who he is will find it very difficult to make life choices that require overcoming urges and instincts. If the body is what defines existence, the body’s desires become the ultimate ones to be fulfilled at any price.

But as Jews, we believe there are other layers that make up our existence. We have a soul and spirit that live inside our physical bodies. Our soul and spirit include our emotional and internal worlds, as well as the divine component that lives within us. The body has an expiration date, and with time it deteriorates and dies. But the soul is eternal.

When we succeed in attaining a complete awareness of our existence that includes the body, soul, and spirit, we can balance the needs of each. The instinctual needs of our bodies are important, but morality, which stems from the loftier existence of the soul, is more important.

When we are aware of the existence of the eternal soul and take it into consideration when facing challenges and making choices, we can overcome negative urges, even when they seem overwhelming.

Awareness of the soul brings to the world a higher level of morality and important values, such as equality, freedom and individual rights, justice, integrity, and holiness.

Until today, Joseph serves in Jewish culture as a role model for overcoming temptation and forbidden urges, and for higher values that were bequeathed to us by the patriarchs of our nation: Abraham, Isaac and Jacob.