With the New Year around the corner, use any of these applications to get into the swing of the holiday.

By ZOHAR FRIEDMAN
SEPTEMBER 12, 2012 14:00
iphones R 311
(photo credit: REUTERS)
Advertisement
Are you ready for Rosh Hashana? Have you planned your Rosh Hashana meal, replete with apples, honey and fish? Have you begun repenting and casting off your sins? Have you brushed up on the significance of the holiday and its many traditions? If not—don't worry. We've got you covered.Kid friendlyHere at Appaholic, we know your iPhone regularly doubles as a pacifier for your rowdy toddler—and perhaps teenager. That's why we included the Rosh Hashanah sliding puzzle app, a nice holiday themed game that won't only distract your toddler, but offer timely and educational entertainment.

Repentance on the GoSome would say that many rabbis are largely against trying to modernize Judaism, but in this fast paced, 24-7, always-on-the-go world, something has to give. The rabbis haven't weighed in on this personally, but we've got a feeling that the iTashlich app would even please this skeptical group. As the New Year approaches, it's time to not only celebrate but to amend for last year's transgressions. Tashlich typically refers to the symbolic casting off of sins by reading passages from the Torah that allude to casting off sins into bodies of water. 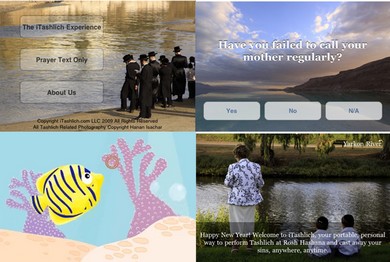 iTashlichCost: $0.99
Supported formats: iPhone, iPod touch, iPad
Advanced Rosh HashanaRosh Hashana beginners beware: This app my not be for you. We recommend Rusty Brick's Selichos app for advanced Rosh Hashana worshipers who have a firm grasp on customs and religious aspects to the holiday. This app contains the prayers of penitence that are said in the days leading up to and during the High Holy Days period. The app, however, is primarily in Hebrew, and some may find it a little user-unfriendly. For those who aren't intimidated by Hebrew and simply want portable selichot, however, the app is a solid choice and won't disappoint. 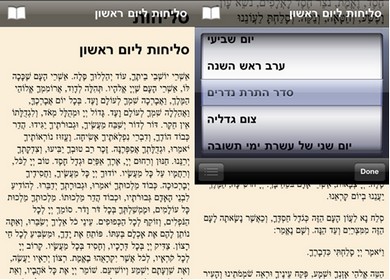 Click for more JPost High Holy Day featuresJewish jinglesGet into the spirit of the High Holy Days by downloading another Rusty Brick app, simply called Shofar. This app will allow you to hear all the sounds of the shofar on your smartphone. Before using, make sure your phone is off vibrate and the volume is all the way up. Try not to annoy your co-workers (especially non-tribe members) by blasting the "shofar" throughout the office.

Animated Rosh HashanaNot all apps need to be segregated between adults and children. Rabbi Shalom's Shana Tova app offers fun for the whole family. The app is designed to teach the Rosh Hashana blessings and the holiday seder traditions according to the Sephardic custom. The colorful, illustrated app is available in both English and French. An animated "Rabbi Shalom" will explain the significance of the holiday, as well as walk you through the meaning behind some of the customs, such as eating fish and sweet foods. 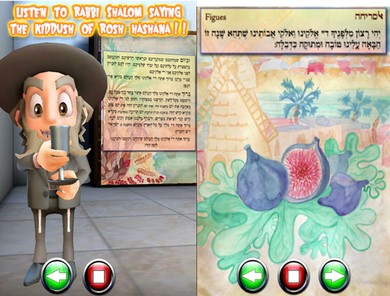 Appaholic is a bi-weekly column which thematically reviews mobile apps with a Jewish or Israeli twist. If you have an app to suggest, send details to appaholic.jpost@gmail.comThe writer is The Jerusalem Post‘s Social Media ManagerFollow @JPost_Lifestyle