By TOM LANGFORD
Bike in Winter 311
(photo credit: Lynne Goldstein)
Advertisement
Tom Langford is a commercial photographer, professional retoucher, and a website designer.Photography, like all forms of visual art, is interesting because it works on different levels. This week I’d like to talk about two of the most important elements that when combined create memorable shots that hold our attention. Juxtaposition: Here’s an excellent shot by Lynne Goldstein of Philadelphia, USA. She has definitely captured the atmosphere of a cold, grey winters day. I can easily imagine being that figure hurrying along in the snow, head bowed, nose freezing, and feeling the cold in my toes. 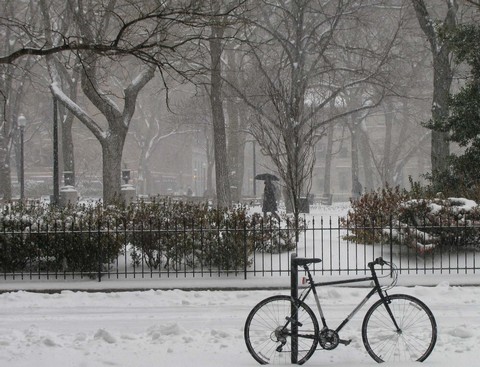 What makes the shot, however, is the bicycle abandoned in the snow, pointing in the opposite direction to the figure, giving a slightly amusing contrast. This is a story-telling device called juxtaposition that is used effectively by many of the world’s top photographers.The shot is good as it is, but in the version below I have cropped it to emphasize a long walk in the snow. I also prefer a little more separation between the bicycle and the figure – taking a couple of steps to the left before shooting could have accomplished this. 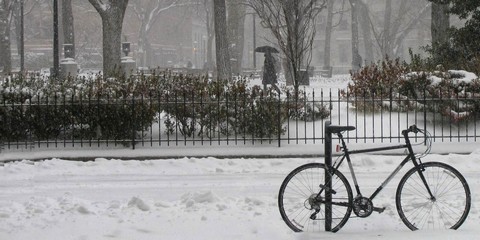 Composition: The next shot is from Sam Veed, responding to my recent article about composition. This is an excellent Visual Awareness shot. Think of the thousands of people who have walked up these stairs never noticing that they were there, never mind seeing in them a photo opportunity! 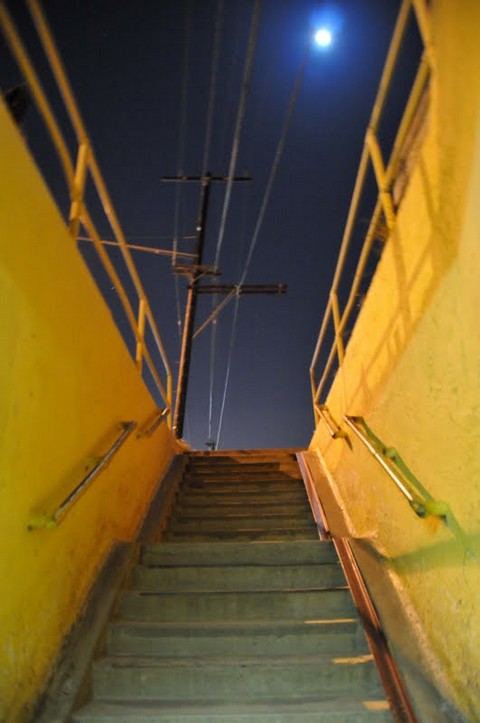 One of the great benefits of becoming a photographer is that you begin to see the beauty of the mundane. The grass may be greener on the other side but there’s too much to interest us here if our eyes are open to the world around us.Taking Visual Awareness shots such as this is the quickest way to progress as a photographer. The trick is to create a compelling composition out of nothing just as Sam has. There are four strong triangles pulling our eye into the shot. The post and wires take our attention up into the blackness of the night sky. The glow of the moon-like light is echoed by the glow at the top of the stairs and finishes it off nicely.Once you can see and create a strong composition out of Nothing you stand a better chance of seeing and creating memorable pictures out of Something. After taking a good VA shot try to spot an extra element that will transform it into a Picture. In the version below I have added an extra to indicate what I mean. 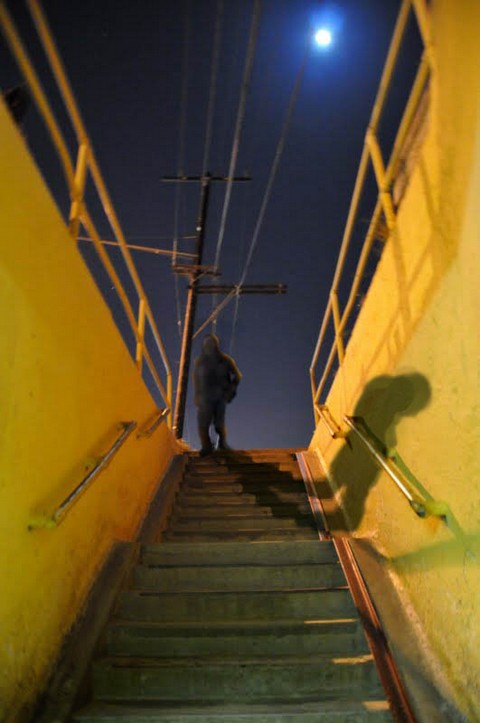 In the history of photography wonderful shots have been taken with uncomplicated cameras, simple settings, and very ordinary lenses. The camera was just a tool photographers used to record an image. They used their well-developed sense of visual awareness (shown in the shot of the stairs) combined with an effective story-telling juxtaposition (the bicycle-in-the-snow picture) to create memorable images that have stood the test of time.Send me your picture If you would like to develop your photography skills, send me a picture and I will share some constructive feedback in one of my future articles. Send one picture only, at a reduced size to [email protected]Don’t know how to send a reduced size photo by email? See my Brief Guide to Picasa: www.langford.co.il/courses/PicasaGuide.html. Tom Langford is a commercial photographer, website designer, and professional retoucher. He teaches photography courses for beginners and advanced. Details of his next courses and field trips at: http://www.langford.co.il/courses
Advertisement
Subscribe for our daily newsletter