By YONI COHEN
Canadian musician Alanis Morissette performs [file]
(photo credit: Marcos Brindicci / Reuters)
Advertisement
This week was a good one for fans of live music. With the likes of Madonna and The Red Hot Chilli Peppers already visiting Israel this year, there’s been no shortage of megastars in the Holy Land. Alanis Morissette this week became the latest international singer to grace us with her presence. The 38-year-old Canadian-American singer wowed the crowd with her music, while expressing support for Israel at the sold-out Nokia Arena show.Local boy Ivri Lider proved why he's one of Israel’s most well loved modern musicians during a celebratory concert at Habima Theater in Tel Aviv, complete with special guest performances. They may not be as famous on the international scene as Morissette or TYP’s Lider, but Maccabeats offshoot band StandFour are a hit with their Jewish fans. In the latest Hanukka parody, four former Maccabeats members take on One Direction, Kesha and Fun in an a cappella Hanukkah mashup called "Eight Nights."As with most Jewish festivals, Hanukka revolves around food. To that end, there was no shortage of oil-infused recipes this week. Neria Barr compiled a list of recipes courtesy of chef Charlie Fadida and The Olive Leaf restaurant in the Tel Aviv Sheraton Hotel, all of which included a healthy helping of olive oil. Tasty and relatively low in fat, the patties offered up by Tnuva’s The White Chef series can replace traditional latkes for at least one of the upcoming holiday nights. 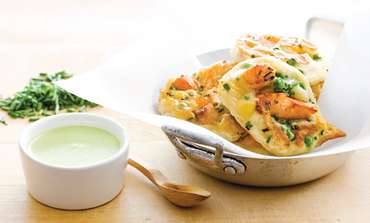 Photo: Danni LernerNo week featuring Hanukka food would be complete without a few donut recipes. The team at gourmetkoshercooking.com were on hand to suggest a few novel ways to serve everyone’s favorite fried sweet treat. Talking of something a little different, Adam Montefiore put the wine bottles to one side and explored the world of Campari for a change of pace. Overindulgence is a common problem when it comes to Jews and festivals. Hanukka is no exception. With this in mind, Natalie Marx answered readers' questions about how to deal with fried foods in the healthiest possible way. 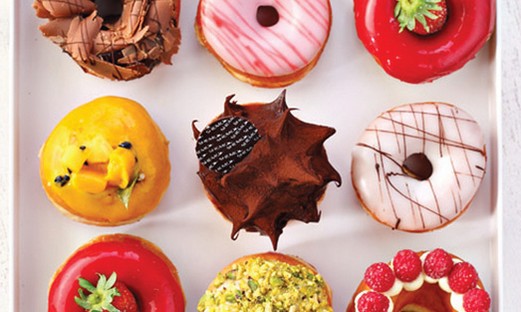 Photo: Dan PeretzThere won’t be any escaping from Hanukka next week, when we’ll have the usual selection of recipes and travel tips, as well as a rundown of the most festive smartphone apps and exclusive photo galleries. The writer is JPost.com's Lifestyle editor.Follow @JPost_Lifestyle