Igal Sarna, the first journalist in Israel sued by the prime minister for libel following a Facebook post, talks to 'The Jerusalem Post' about his experiences. 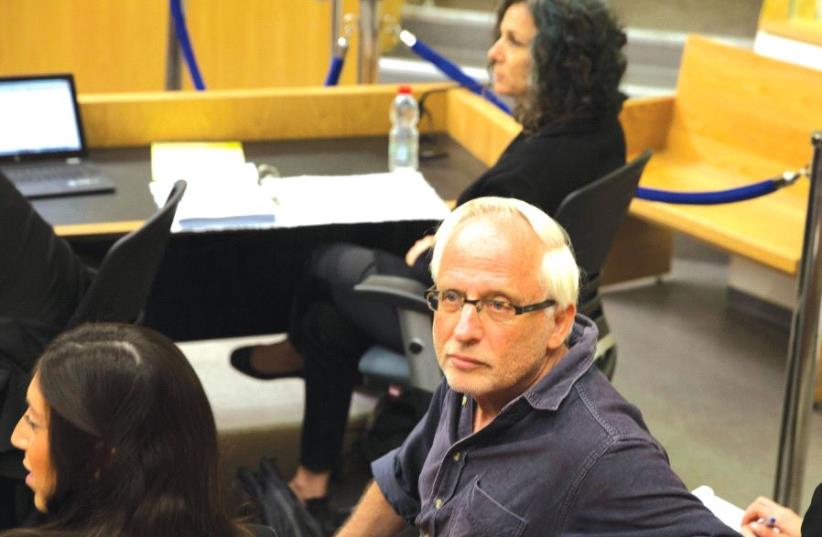 Igal Sarna
(photo credit: REUTERS)
Advertisement
Journalist Igal Sarna was very reluctant to agree to an interview, saying he had been manipulated into talking to the press before, and that it didn’t turn out well for him.For the past year, he faced a libel suit waged against him by Prime Minister Benjamin Netanyahu and his wife Sara, whose recent conclusion was the trigger for this interview. The court ruled that Sarna had to pay damages for libel of NIS 100,000 to the Netanyahus for posting on Facebook that Sara Netanyahu ordered the prime minister’s entourage to stop on Route 1 and change cars because of a quarrel.

Many journalists said you damaged their credibility when you put your name on a shaky story. Were you offended they attacked you? “It’s true that many journalists say I betrayed my mission and that I gave Netanyahu a gift. There are journalists who cannot show solidarity. I was hurt.When someone stabs you in the back it stings.“On the other hand, this year many people came to me on the street to shake my hand. Not people who think like me, but who can appreciate a person who stands on his own. In a country of ball-less people, having one ball is considered bravery.”Do you think these attacks against the prime minister’s wife have a sexist element?“I mostly deal with him, not her. No one ever took interest in Nava Barak or Aliza Olmert. But her behavior has an effect on the government and the country. She is not an elected official and shouldn’t affect the lives of the people who didn’t elect her and damage decision making in the country.”Does the public support your side?“No. But I belong to a sizable minority that is passionate about changing things. We want to bring back democracy – to have the rule of law here.”Do you truly think this country was more democratic 50 years ago? “It started with a democratic infrastructure. Prime minister Levi Eshkol started giving citizenship to Arabs [almost 20 years after 1948], then came the Six Day War. But still, people could demonstrate outside the homes of Menachem Begin and Yitzhak Rabin.“Begin respected democracy. Even Ehud Olmert allowed the wheels of justice to turn and the state attorney sent him to jail. Today, the attorney-general isn’t doing his job. The police commissioner isn’t doing his job.”What do you mean? “The trio of police commissioner, attorney-general and state prosecutor is slowing down and dissolving the investigations against him. The attorneygeneral can make any standing charge disappear by bureaucratic means.“Look at the investigation against Interior Minister Arye Deri. It is already in an advanced stage. He was questioned at the same time as his wife, so they wouldn’t be able to coordinate versions.Time is a crucial factor when it comes to criminal investigations. But the prime minister benefits from unethical double standards and privileges, and his investigation isn’t going anywhere.”Do you think that this trend is specific to Israel or is it widespread?“[Turkish President Recep Tayyip] Erdogan also used to sue journalists. Now he doesn’t need to anymore. It’s nuts that a prime minister would use this technique to silence and intimidate journalists. What happened to me shows a miserable trend in limiting the freedom of speech.“It’s taboo to write about the occupied territories or about Arabs. The very rich are using libel cases to threaten anyone they dislike. The newspapers are weakened. Israel Hayom [owned by Netanyahu supporter Sheldon Adelson] is the biggest newspaper in Israel today – and it’s not a real newspaper.”Looking forward, Sarna is preparing to appeal the ruling. He believes that there is still more he could say to make his case. In the meantime, the story has become a landmark in the history of Israeli media.Never before has a prime minister taken a journalist to court for a Facebook post, even though many have told stories that closely resemble the one Sarna related. Comedian Lior Schleien recently commented that Netanyahu’s choice to sue Sarna shows he was confident of his ability to show that the story was untrue. On the other hand, it also reveals that he is not as confident
Advertisement
Subscribe for our daily newsletter