A veteran immigrant takes a second amusing look at what makes Israelis tick. 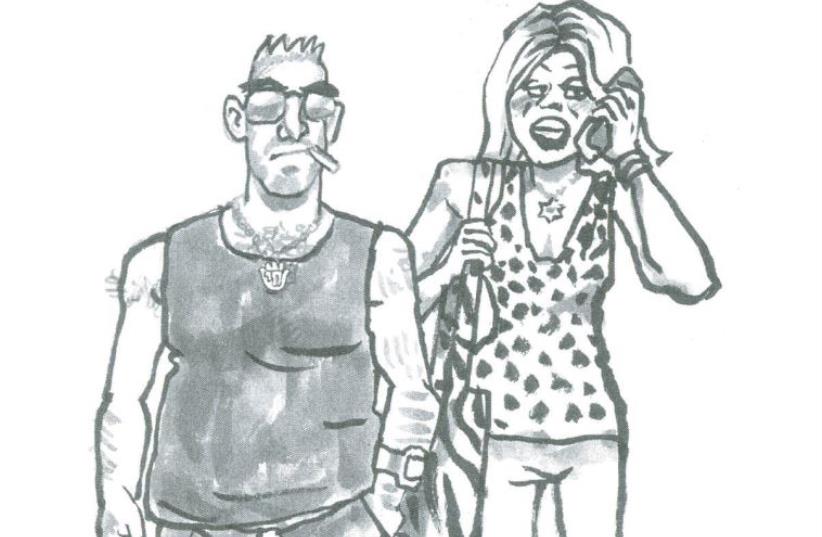 The 'Ars' and the ‘freha’ in their natural habitat
(photo credit: AVI KATZ)
Advertisement
Angelo Colorni is at it again.After the success of his Israel for Beginners: A Field Guide for Encountering the Israelis in their Natural Habitat (Gefen), which I reviewed in these pages four years ago, the Italian-born author sheds more light on the country and its natives in Israel for Advanced Beginners: Everything you wanted to know about the Israelis (but were too mad to ask).You need a sense of humor to appreciate this guide, but then, as Colorni is quick to point out in the preface, new immigrants need a “healthy ‘defusing’ sense of humor” to survive here.
Read More...
The guide for advanced beginners begins with “Hebrew everywhere.”“Modern Hebrew is the primary official language of the State of Israel. Immigrants speak it with an accent, various degrees of proficiency and can generally read it less smoothly than the natives, whereas all Sabras speak it fluently and unnecessarily loudly.”Most Israelis, Colorni notes, speak languages other than their native tongue with a heavy accent, but consider the accent of a newcomer struggling with Hebrew as a “speech defect that warrants correction.”He observes that foreigners can often be seen in supermarkets “helplessly turning a jar or a bag around and around in their hands, trying to figure out whether the items inside are potato chips for human consumption or treats for pets.”Colorni obviously has a keen eye and ear for Israeli foibles: “Israelis take your request for help seriously and make your problem theirs.They won’t rest until the matter has been resolved to their satisfaction and you have been helped so much that you wish you had never asked.”A whole chapter is devoted to chutzpah, which “has been variously translated as insolence, audacity, gall, nerve, effrontery, brazenness, impudence, etc....“Anyway, no one can form an adequate idea of the real meaning of chutzpah without having spent some time in Israel.”He succinctly sums up what lies behind the “Start-up Nation”: “The ability to put into practice things that will never work in theory is quite unusual and allows the Israelis to succeed where no one else has before.”As Colorni points out: “Zionism itself a century ago was nothing but a bold daring start-up venture that required a great deal of vision.”In a chapter titled “Mind the Gap (The Cultural Divide): The Arsim,” Colorni lets readers in on some of Israel’s dirtier secrets, “the subculture at the bottom of Israeli society.” Arsim (from the Arabic word for pimp) are “aggressive and confrontational.”“Arsim do not know the meaning of the word fear. But then again they do not know the meaning of most words....“The female counterpart to the Ars is the Freha, identifiable by the makeup caked on her face, her lipstick trespassing God’s final word on where lips end, and the dense trail of cheap perfume that she leaves behind.”“Politically, the Ars votes for Shas, an ultra-Orthodox, Mizrahi religious party, whose leaders rarely serve less than two terms, one in office and one in jail.”As in his previous book, when it comes to certain topics, particularly the religious, the digs feel less good-natured (although he apologizes if he offends anyone). Also, some of the wisecracks are neither so wise nor so original.Still, there are strokes of genius – OK, not so much strokes as tickling fingers that will make you laugh out loud.The chapter on Israeli weddings is inspired – inspired by the sort of nuptials that we’ve all attended here: “According to your age, your friends or your friends’ sons and daughters, without prior warning, start getting married.It begins with one or two a year, like a light snowfall, and before you know it becomes an avalanche of extravagant and garish invitation cards.... Enclosed is also the map of the ‘Ganei... whatever’ (Palace Gardens, King Solomon’s Gardens etc.) where the wedding and the reception are going to take place....“Thanks to the GPS, these days one can pinpoint and reach the ‘Ganei... whatever,” always located in the middle of nowhere, with relative ease.”Getting through the gift-giving, ceremony, and noisy party – skipping out just after the delicious desserts – is an art form: After Colorni shares his experiences, readers will be prepared for their first time as guests or look back and laugh at all the weddings they’ve attended so far.The author, who immigrated in 1973, is a retired former senior scientist at the Israel Oceanographic and Limnological Research, National Center for Mariculture in Eilat, who has clearly made the study of Israelis, and summing them up with a great deal of wordplay, his hobby.Like his previous book, this guide is also illustrated by prizewinning artist Avi Katz, who made aliya from the US in 1970 and whose work regularly appears in The Jerusalem Report.Colorni shows both our flaws and our saving graces. He is an unabashed Zionist whose love of Israel and all that makes it unique shines through.His final words (for now) are a nod at the name of a popular satire show: “And it is a wonderful country!” A fun read for those who live here, whenever you arrived; and for those yet to come – what are you waiting for?