Talking with some of today’s Israeli female tech rising stars 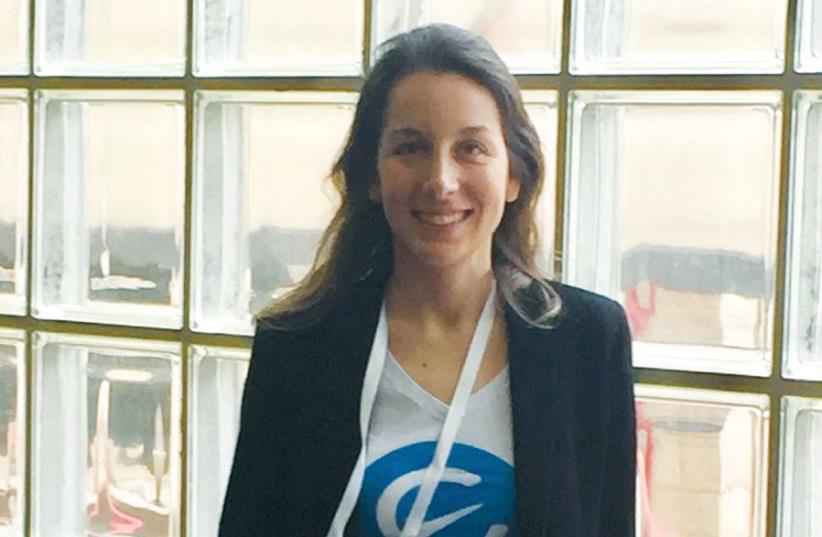 Gal Aharon
(photo credit: MAAYAN JAFFE-HOFFMAN)
Advertisement
Last July, the popular website Tech Crunch ran a lengthy article about how more and more women are entering Israel’s start-up habitat, creating a more diverse and interesting environment.The Jerusalem Post Magazine ventured to OurCrowd’s annual conference, which included more than 100 multinational companies in the fields of technology and innovations, with the intention of finding out more about this growing trend.

Name: Gal Aharon
Start-up: Engie
Title: Co-founder and CMO
Best entrepreneurial advice: “A lot of people will put you down or tell you it won’t work. Stay optimistic.”Hi-tech in general, and start-ups specifically, are male-dominated. That’s even truer when you are talking about the start-up automotive arena, says Gal Aharon, co-founder and chief marketing officer of Engie.Her company designed a special automotive malfunction reader that plugs into your car to assess a problem, then transports the data on the malfunction via Bluetooth technology to an app that offers more information on the damage, connects you to a mechanic, and helps determine how much the repair should cost.Aharon says it’s been tough sometimes having to prove she has the knowledge she needs to do her job, something she does not believe would be the case if she were a man.“I did a radio interview a few months ago. The journalist... asked, ‘Do you even know how to change a tire?’” Aharon recalls. “I was in shock, but I told him, ‘I can probably teach you how to do it better.’” She continues, “It makes me want to be the best and most professional I can be, to prove to people there is no way they can beat me.”Engie has put the pedal to the metal. Founded in 2014, it’s already secured an initial $3.5 million in funding. More than 100,000 people use the app, which costs around $10. Next month, the company expands operations to the United Kingdom.“The product has helped a lot of people to both save money and feel confident [about going to the mechanic],” says Aharon, who notes that strikingly, the app is used an average of seven times a month by its customers.Aharon believes the next big thing in hi-tech is auto tech.“The auto industry has stayed the same for about 100 years. Now, manufacturers understand the world is changing and they have to adapt,” says Aharon. “People want their cars to be as connected as their homes and lives.”Name: Chen Golan
Start-up: ElMindA
Title: Vice president of operations and human relations
Greatest inspiration: Her management meetings: “We explore the horizons of future brain applications and assessments and what could be done in this area, and it is enormous. In an hour and a half we deal with what some companies deal with in a lifetime.” 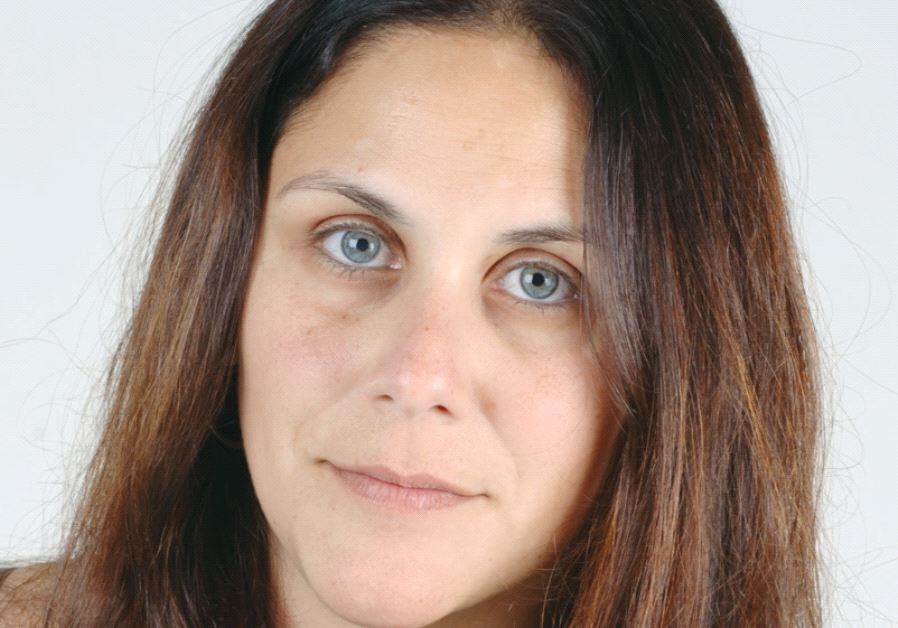 Chen GolanDay-to-day life is inspiring for Chen Golan, vice president of operations and human relations at ElMindA, a biotech start-up that produces groundbreaking brain mapping and imaging technology to help detect and manage brainrelated disorders and conditions.Until recently, Golan was the only woman on ElMindA’s management team, though 50% of ElMindA employees – including half of the company’s 30 professors – are women. She said she’s always felt her opinions were validated, and that rather than seeing her womanhood as a disability, she sees it as an advantage.Brain technology for generations was stagnant. Brain health (and pain) was self-reported by patients.New technologies, including those designed by ElMindA, are making it possible for doctors and psychiatrists to know the effects of concussions, medications and even exercise and diet on brain health.“This is where the world is going,” said Golan. “I find the right people for our company so we can meet the needs of the market and stay at the front of the digital brain health space.”

Name: Maya Gura
Start-up: Missbeez
Title: Co-founder and CEO
Motto: “We should all look in the mirror and ask ourselves, ‘What are we coding for?’”Maya GuraMaya Gura is encouraging women to take control of their lives and reach financial independence through technology. The founder of Missbeez – an on-demand mobile app that allows users to order, 24/7, a variety of lifestyle and beauty services to their home or office – is tapping into the $400 billion hair and nail industry and empowering women to build independent careers.Gura noticed that while today one can click a button to order a taxi or swipe for food delivery, women, who make 85% of all purchasing decisions, “had to spend so much time searching for, then traveling just to get, a haircut.” With Missbeez, busy women can get what they need, when they need it.The app, which went live only in 2015, already has 40,000 downloads and operates in Israel and the UK.While the start-up was obvious to her, it was less obvious to male cofounder and chief technology officer Gil Bouhnick. It took Gura five months to convince him to come on board. The value proposition is also not as clear to potential investors, who sometimes see this as a nice-to-have, rather than a must, product.But the numbers speak for themselves: In Israel, Missbeez has already converted an otherwise black market, where a large number of service providers operate off the books, into a taxpaying market worth $500,000. She has doubled the income of more than 300 professionals. By the end of 2017, she expects to double the income of 1,000 around the world, including in Israel, England and Spain.Much of Missbeez’s start-ups funds were raised through Our Crowd, where Gura found people willing to donate to her project in exchange for intangible, nonmonetary rewards. When looking for funding, Gura says, “Be persistent. There are people really interested in your business, and you’ll find them.”Name: Son Preminger
Start-up: Intendu
Title: Founder and CEO
On being a woman in a man’s world: “I didn’t make an issue of being a woman, so I didn’t feel any problems.”Son PremingerSon Preminger has math and computer science degrees, an MBA from Harvard, and a PhD in neuroscience. The founder and CEO of Intendu, the first adaptive motioninteraction brain training platform (a “video game” designed to improve functioning following brain trauma), she’s a start-up force to be reckoned with.Her invention, developed after she watched her father struggle through ineffective brain injury rehabilitation, is already being leveraged by doctors in top-10 US rehabilitation centers. Now she’s marketing the product for home use.Preminger says her biggest challenge is balancing raising her children and being a CEO.“I want to be there for the kids, and I need to be there for the company, too,” says Preminger.A leader in her field, Preminger spoke at the conference’s CEO Summit, where there were few other women. She believes women entrepreneurs are scarce because women often lack confidence in themselves and therefore don’t try. She sees herself first as a professional, then as a female professional.“I started Intendu after a very important doctor told me, don’t do what you are doing,” says Preminger. “I took it into account, but I didn’t care too much.... Women need to empower themselves more.”.

Names: Adi Biran and Lihi Gerstner
Start-up: Splacer
Titles: Founders, CEO and CMO + CPO
Entrepreneurial advice for women who do too much: “Raise each other up.”Splacer is like Airbnb, but you don’t have to stay overnight.The brainchild of Adi Biran, CEO, and Lihi Gerstner, CMO and CPO, with Lior Ash (male), CTO, Splacer provides a platform where individuals or organizations can offer their real estate to individuals, organizations or companies looking to rent space for an event or meeting. These are not run-of-the-mill rental halls. These are unique and often otherwise inaccessible locations.The women, successful architects and artists, thought up Splacer in their 30s and 40s. At 39 (Gerstner) and 43 (Biran), they were considered past their prime for innovation.“When we knocked on the door of the The Junction coworking space in Tel Aviv and said we wanted to join, we weren’t accepted at first,” says Gerstner.“We were two old ladies coming with our kids.”The shared spaces are in New York, Los Angeles, San Francisco and Miami. R&D and marketing are run from Israel, and Biran and Gerstner are now able to harness their love of architecture and their belief in the power of creating a better future through a sharing economy.