The girl who stood by the water 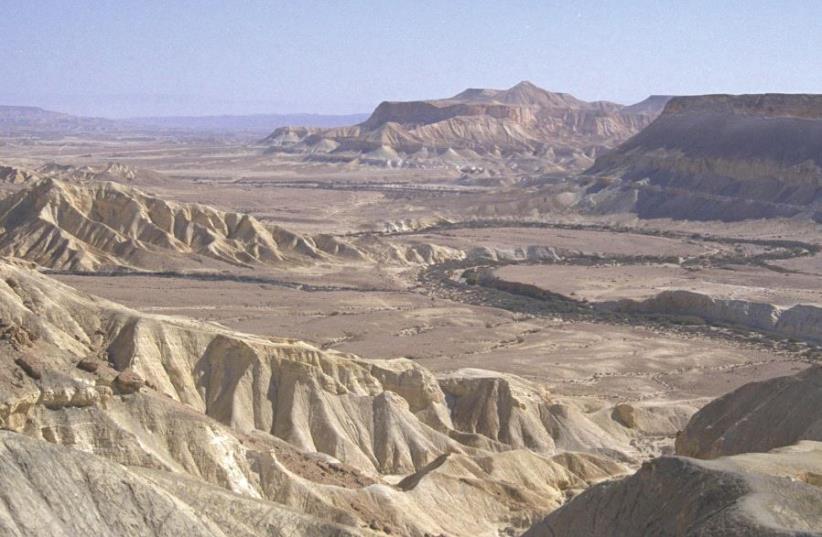 The Zin Desert
(photo credit: MOSHE MILNER / GPO)
Advertisement
In this week’s parasha, Hukat, we make a 38-year leap in history and end up in the Children of Israel’s last year in the desert, the year in which they arrived at the plains of Moab – the eastern entrance to the Land of Israel. We will remain there, in Moab, until the end of the Book of Deuteronomy and the end of the Torah. This week, we will accompany the nation on its long journey, full of wars and other hardships. A moment before the beginning of the journey, still in the Zin Desert, we hear about the death of Miriam, Moses’s older sister.“The entire congregation of the children of Israel arrived at the desert of Zin... Miriam died there and was buried there” (Numbers 20:1).How did Miriam’s death affect the nation? The Torah tells us in the following verse: “The congregation had no water.”Let us recall a story we read in the Book of Exodus.The nation left Egypt for the desert, a dry place with no water sources, and it could not continue in the journey. It was impossible to survive without water.The thirsty nation was desperate and even regretted leaving Egypt. Even Moses did not know what to do in this situation, and he turned to God and asked, “What shall I do for this people? Just a little longer and they will stone me!” God’s answer to this distress was simple: “... and you shall strike the rock, and water will come out of it, and the people will drink.” And that’s what occurred. Moses hit the rock and the miracle happened – the rock started spouting water. This rock accompanied the nation as it wandered in the desert. But when Miriam died, the water stopped flowing from the rock and the nation returned to its state of despair. How were they to survive in the desert without water? The sages of the Midrash learned from this that the well – the rock from which the water flowed – existed because of Miriam, and that when she died, the miracle ended and the water ceased to flow. Why was Miriam privileged to be the reason the entire nation was able to drink? The answer, according to Rabbi Behayei ben Asher, a biblical commentator from 13th-century Spain, is related to an older story that took place about a hundred years before Miriam’s death. When Moses, her baby brother, was three months old, their mother could no longer hide him from the Egyptians’ decree so she made him a small basket, placed him in it, and set him afloat among the reeds alongside the Nile River in the hopes that someone would find the abandoned baby and raise him at home.But the baby was not abandoned. Someone waited on the side and expected a miracle. Miriam, his big sister, watched over her brother in pain and with deep concern. She stood on the banks of the Nile, near the rushing water, and watched her helpless brother. She had no way to save him but she could not allow herself to leave him until the miracle occurred and Pharaoh’s daughter went down to wash in the river, found the baby and decided to raise him in her home.Miriam did not do anything heroic. She did not save her brother from the bitter fate he may have suffered.But she did not look away. She was a loving sister and, as such, she was not willing to abandon him.Decades later, Miriam merited being the woman who provided the entire nation with water. The girl who stood near the water consumed with worry was the same woman in whose merit water flowed from the rock. The source of life flowed because of the woman who did not abandon her brother in the waters of the Nile. Even if her standing there had no practical implications, the water did not forget the girl who stood there and it repaid her with an invaluable reward.Attention, concern and love are traits admired in Judaism.Therefore, we must closely pay attention to the message inherent in this story: A small and simple act stemming from a loving heart has the power to keep an entire nation alive. The writer is the rabbi of the Western Wall and Holy Sites.