The face of Israeli prostitution

In the aftermath of a sex worker’s suicide, ‘Metro’ takes a look inside the brothels of Tel Aviv. 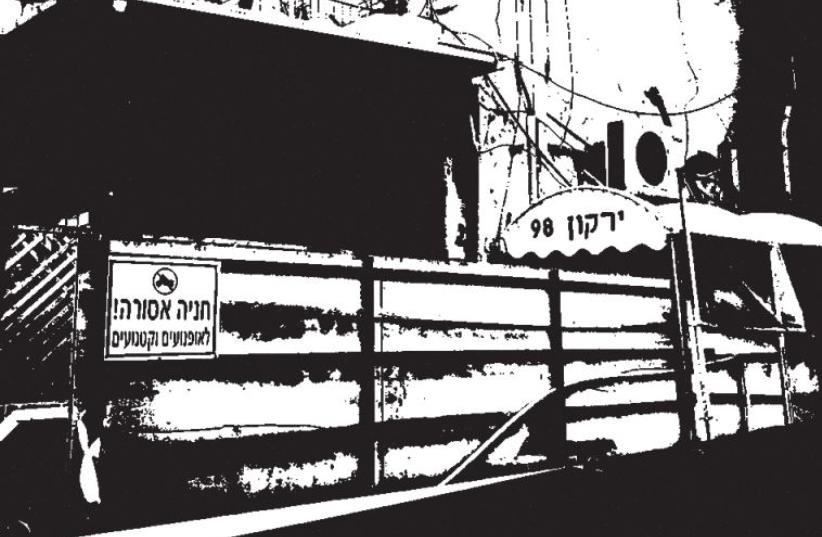 98 Hayarkon Street, the site of the brothel in which sex worker ‘Jessica’ committed suicide last week, sparking a protest and calls for reform
(photo credit: SETH J. FRANTZMAN)
Advertisement
‘I don’t believe the story.They say she was 20 years old and was in the country for 15 years... that she lived and worked at 67 Hayarkon [Street]. I think maybe she had many other troubles with family and money; it happens,” says Jenny (not her real name).This 40-year-old prostitute has worked for a year and two months at a brothel that is a five-minute walk from where another woman in the world’s oldest profession took her own life last month, sparking a 600-person protest.The following day, police served the owner with a 30-day closure order, though they claimed it had nothing to do with the sex worker’s suicide and that they had been trying to shutter it for a long time, asserting it is a nuisance that operates at all hours in a residential neighborhood.On condition that we not reveal where she works, Jenny agreed to sit down with Metro to discuss life in Israel’s sex industry. 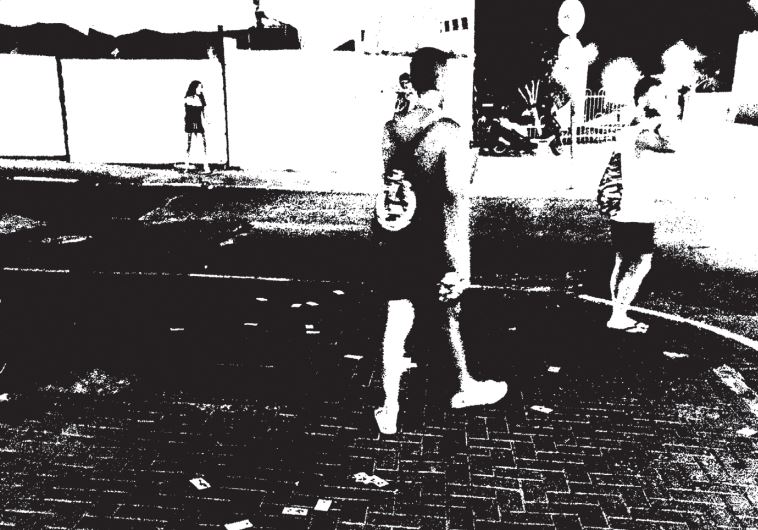 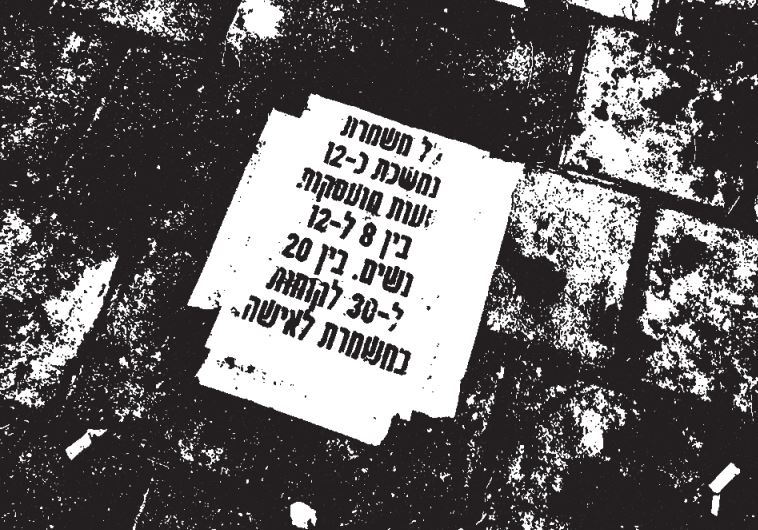 “I am aware of the criticism – criticism that also comes from sex workers themselves, who speak of severe economic distress and the economic inequality of women in society,” she continues. “It is clear that the way to work for women in prostitution is to fight poverty, to fund social services, to rehabilitate women involved in prostitution and develop alternative employment options. It can, and should, happen parallel to the criminalization of the clients.“A society that allows the purchase of sexual services – from both women and men – reinforces the inferior status of women. Women are excluded from the public sphere anyway, discriminated against in their salaries and are not represented in the centers of power. The tragic death of the sex worker last week is a symptom of a phenomenon we cannot agree to live with.”THIS YEAR, a woman who allegedly made NIS 47 million from running Tel Aviv brothels was arrested. According to sources familiar with the story, she had managed a brothel on Ben-Yehuda Street that is now a hotel, which was open seven days a week and charged NIS 270 for sex.Another location on Wolfson Street, in a run-down area near the bus station, operated on the same grounds after her original location closed.Police charges against this madam ran the gamut from pimping to creating a public nuisance and money-laundering.But if police wanted to close these “houses of shame,” as they are called in Hebrew, a basic search of the Web, a perusal of the free Banana magazine that advertises sex services or simply picking up the cards all over the streets would make it easier to accomplish the task. Various attempts over the years to tackle the sex cards have not stopped their distribution.Jenny says she has never seen a policeman bother her place of business. A mother of an eight-year-old, Jenny lived in a central Israeli town before moving to Tel Aviv. She was born in Donetsk, Ukraine, and came to Israel more than a decade ago. Prostitution became a relatively convenient way to make money.With NIS 200 for a “massage,” she takes home half.She describes an unfortunate daily routine, but one she accepts. She doesn’t use drugs or drink on the job. “Some of the men are nice, others are not. Some want me to be like an acrobat; it can be difficult. But most just want a nude massage and to ‘finish’ on me.”Those who want “extras” pay more in tips. “I split the initial NIS 200 with the boss, but the tips I pocket myself. Why would I tell them about that?” It seems the story is a kind of wink-wink- nod-nod, with the “boss” who isn’t on the premises, and the madam who works the phones and knows the girls engage in oral or actual sex, though that’s not on the menu of offerings.“Extras, you should talk to the girl,” the woman explains over the phone. “Massage, we offer massage,” she has to clarify.Men who pay for sex are expected to bring their own condoms, and the women dispose of the condoms after each act.“We don’t keep them on the premises; that way, if police come, it looks like a massage parlor.”Rooms are decorated with ugly wallpaper and air-conditioning units. A small personal shower is in one corner, with a chair, a place for the john to hang his clothes and a massage table. Towels are stacked in another corner and there are candles, oil and a clock.At another location, the so-called massage parlor is undergoing renovations.Workmen, seemingly oblivious to the sexual encounters taking place in the rooms, are tearing out plaster and putting in new mirrors and air-conditioners. This more upscale look – replete with posted architectural schematics, approved by the municipality – doesn’t seem to increase the price much.“NIS 200 for massage, NIS 300 for full service [sex],” explains a young woman in her 20s who claims to be from Beersheba.She began her career in prostitution while in the IDF, working on the weekends, soldiering during the week at an army canteen at a base in the South. She is also from Ukraine.But not all the girls were Russian. A phone survey indicates about 20 percent are Sabras; the rest are described as “Europeans,” a euphemism for the former Soviet Union; and about 10 percent are Ethiopians, or black women described as “Brazilian.”One woman characterizes herself as an Arab from Haifa. “I work from noon to 4 a.m., which isn’t normal, but it’s once a week.” She says she can make as much as NIS 1,600 a shift.Another woman was more negative about the situation. “This is a crap country.The men are crap; they don’t treat you like a person, they just want the service and to leave. I hate working here, but I have huge bills, I can’t afford my apartment or my cellphone, and I am helping my brother and father pay for things.”If these women were all addicted to heroin being forced on them by thugs guarding the door, it was not evident.The premises we visited had no men in them at all. “Sometimes we have a guard at night on Thursdays because the crowd of men can get drunk and violent.”Some of the women describe having worked at several places. “I used to work in Nahalat Binyamin, but there were no customers.I worked in Petah Tikva, and then my girlfriends told me about this place.”Despite the stories of customers primarily being Arab or haredi, it seemed at most places the customers were Israeli Jewish men in their 30s and 40s; none of them were religious. At one all-Russian massage parlor in south Tel Aviv near the beach, most of the customers appeared to be Arab men who had just gotten off work, with a few tourists poking their heads in.“A lot of French are coming now, so we get tourists also,” details a sex worker, clad in a red tutu and tube top.