By JPOST.COM STAFF
Hamas members take part in a rally 370
(photo credit: REUTERS/Ibraheem Abu Mustafa)
Advertisement
A senior Hamas official said Friday that the abduction of Gilad Schalit was not the first, and he will not be the last Israeli soldier to be abducted so long as there are Palestinian in the "enemy's" jails.  Issat al-Rishq made the remarks in Qatar, Israel Radio reported. Al-Rishq is the spokesman for the Islamist organization's Qatar bureau. He made the statement to mark two years since the release of Israeli soldier Gilad Schalit who was released in 2011 from the Hamas controlled Gaza Strip in exchange for 1,027 Palestinians held in Israeli prisons. Hamas posted a message on its website Friday saying that the release of prisoners remained a top priority for it, and that it would use all means to achieve this aim, according to the report. 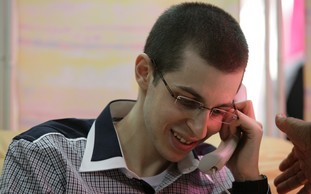 Meanwhile, Israel carried out a phone campaign directed at Gaza residents on Friday that accused Hamas of failing to provide for the residents of the coastal strip, AFP reported. "To the residents of the Gaza Strip, the Israeli army warns you against obeying the orders of the terrorist Hamas or having any contact with it," the recipient of one such pre-recorded message from Israel quoted it to AFP as saying."Know that Hamas is spending millions of dollars on tunnels used for hostile and terrorist acts against the state of Israel," it said. "This money should have gone to infrastructure, education and health projects."Hamas's interior ministry in Gaza said that dozens of Gazans received the calls, according to the report.  Earlier this month, the IDF uncovered a massive Hamas attack tunnel leading from Khan Younis, in the southern Gaza Strip, into Israel, complete with an electrical supply and phone lines. 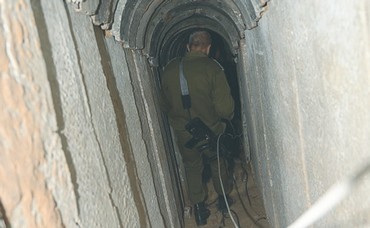 The tunnel might have been intended for attacking or kidnapping soldiers, or for moving terrorists from Gaza into Israel to commit an atrocity against civilians in border towns and villages, army sources said. In July, in order to restart peace negotiations with the Palestinians, Israel approved the release of 104 Palestinian terrorists in four stages.