PALESTINIAN AFFAIRS: The assessment in Ramallah is that an all-out confrontation both in the international arena and on the ground, is a matter of time.‭‮

The Palestinian Authority is not wasting any time waiting for the formation of a new right-wing government in Israel to launch a broad diplomatic and media blitz to warn about the dangers of the policies and decisions of the presumptive coalition.

In fact, the Palestinian offensive began almost immediately after the announcement of the results of the November 1 Knesset elections, which saw the rise of far-right parties and candidates such as Bezalel Smotrich and Itamar Ben-Gvir.

Since then, Palestinian officials in Ramallah have been holding a series of meetings with US and European Union officials to voice their concern over the outcome of the elections and the prospects of Smotrich and Ben-Gvir holding key positions in a new government headed by prime minister-designate Benjamin Netanyahu.

Some officials claimed that the outgoing left-center government was worse than previous right-wing coalitions.

In the past year, the officials noted, the number of Palestinians killed by Israeli security forces was higher than that under any of the Netanyahu-led governments.

But while the Palestinian representatives have been unhappy with the Lapid-Bennett government, they still see it as the lesser of evils.

True, the security situation deteriorated in the West Bank over the past year but, said the Ramallah-based officials, the government was not hostile toward the PA. On the contrary, the direct channel of communication between Defense Minister Benny Gantz’s office and President Mahmoud Abbas’s top advisers, and regular meetings between Israeli and Palestinian civilian and security officials were seen by the Palestinian leadership as a welcome departure from the hardline and hostile positions of the Netanyahu governments.

They were also delighted to see the Biden administration resume financial aid to the Palestinians after four years of boycott and sanctions by former president Donald Trump’s administration, often described by many in Ramallah as one of the most “hostile” administrations in modern history.

The annexation would constitute “a complete cancellation of all signed agreements and a violation of international legitimacy.”

While Palestinian-US relations have significantly improved, particularly in the wake of the Biden administration’s decision to upgrade its ties with Ramallah by appointing State Department official Hady Amr as a special representative for Palestinian affairs, the Palestinian leadership is bracing for hard times under the new Netanyahu government. Some Ramallah officials predict a doomsday scenario of more violence and death.

The Palestinians have expressed concern that the powers given to Smotrich and Ben-Gvir over security-related issues and the West Bank will pave the way for the “annexation” of Area C to Israel and possibly lead to a third intifada.

Commenting on the powers to be granted to Ben-Gvir as public security minister and Smotrich as finance minister, with Smotrich also responsible for the Civil Administration in the West Bank, PLO secretary-general Hussein al-Sheikh said this would lead to a complete annexation of Area C. Sheikh warned that the alleged annexation would constitute “a complete cancellation of all signed agreements and a violation of international legitimacy.”

Sheikh and other officials in Ramallah are nevertheless confident that the Biden administration and the rest of the international community will help “restrain” the new government and prevent it from taking drastic measures that could lead to an “explosion.” They are further hoping that some of the Arab countries, including those that have peace treaties with Israel, will draw a redline that the Israeli government will not cross.

THE CURRENT Palestinian diplomatic offensive is mainly aimed at rallying the world against Israel and winning additional support for the Palestinian stance in the international arena. The ultimate goal is to increase the pressure on the government to deter it from embarking on game-changing decisions in the West Bank and east Jerusalem that could affect both Israelis and Palestinians. 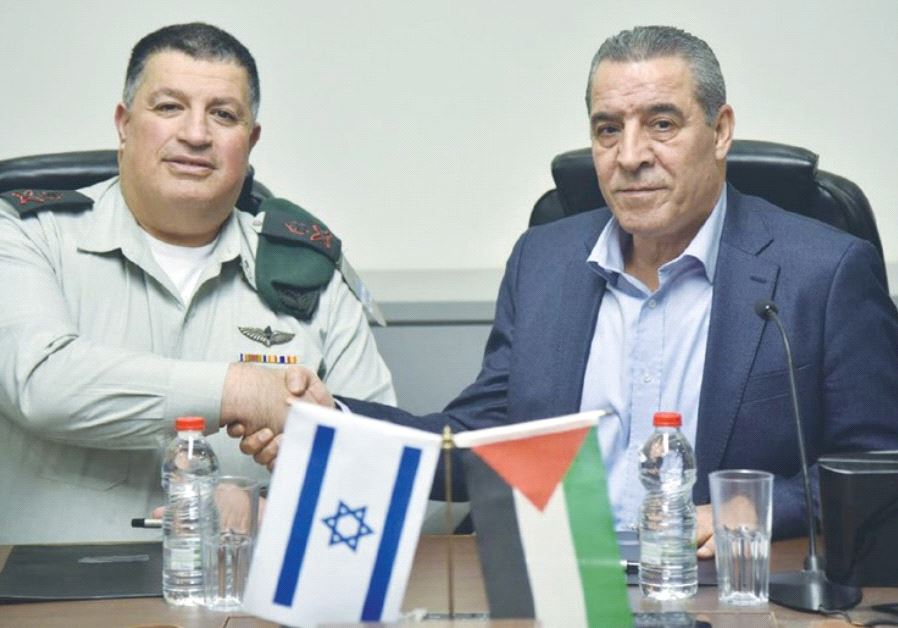 Based on the argument that there is no partner for peace in Israel, the Palestinian strategy will be to push forward with Abbas’s initiative of convening an international conference for peace in the Middle East under the auspices of not only the US, but Russia, China, the EU and the United Nations. Some of Abbas’s aides believe that a far-right government will actually facilitate the Palestinians’ task of advancing the international parley idea.

“We don’t have to do much explaining,” one aide told The Jerusalem Post this week. “The whole world knows who Ben-Gvir and Smotrich are. Even the Americans have reportedly expressed concern over the possibility that the two would hold senior positions in the new Netanyahu government.”

Added another senior official in Ramallah: “When we used to complain about the bad policies of the [Lapid-Bennett] government, the Americans and Europeans would tell us: ‘You guys need to stop whining and pray that Netanyahu does not return to power.’ After the Israeli elections, however, we are finding a more sympathetic ear in Washington and most European capitals.”

Despite the talk about the abrogation of the agreements with Israel, Abbas said last week that he does not believe that the accords will be rescinded. Abbas has been facing immense pressure from many Palestinians to walk away from the agreements, including the Oslo Accords, and halt security coordination with Israel. But Abbas knows full well that such a move would backfire, hurting the Palestinians much more than it would hurt Israel.

Revoking the agreements would inevitably lead to the downfall of the PA (which was established on the basis of the Oslo Accords). The collapse of the PA would mean that nearly 200,000 of its civil servants would lose their jobs. Moreover, the downfall of the PA would likely plunge the West Bank into scenes of anarchy and lawlessness, with Palestinian security forces being replaced by armed gangs and militias.

“The whole world knows who Ben-Gvir and Smotrich are. Even the Americans have reportedly expressed concern over the possibility that the two would hold senior positions."

One of President Abbass aides

The Palestinian leadership knows that there’s not much the Palestinians can do to prevent the new government from attempting to create irreversible facts on the ground, particularly in the West Bank and east Jerusalem. Abbas is well aware that the gunmen of the Lions’ Den in Nablus and the militias affiliated with his Fatah faction, Hamas and Islamic Jihad in Jenin are not going to deter Israel. In fact, an upsurge in terrorism would play into the hands of Ben-Gvir and Smotrich and increase their resolve to take even harsher measures against the Palestinians.

Last week, Abbas outlined part of the Palestinian strategy and goals during a speech before the China-Arab summit in Saudi Arabia.

Abbas called on the international community to boycott any Israeli government that does not endorse a two-state solution.

“We miss these days the presence of a partner in Israel who believes in a two-state solution based on international legitimacy, signed agreements, and the renunciation of violence and terrorism, which are the principles that we are committed to and work according to,” Abbas said, calling on the international community not to deal with any Israeli government that does not recognize these principles and values. 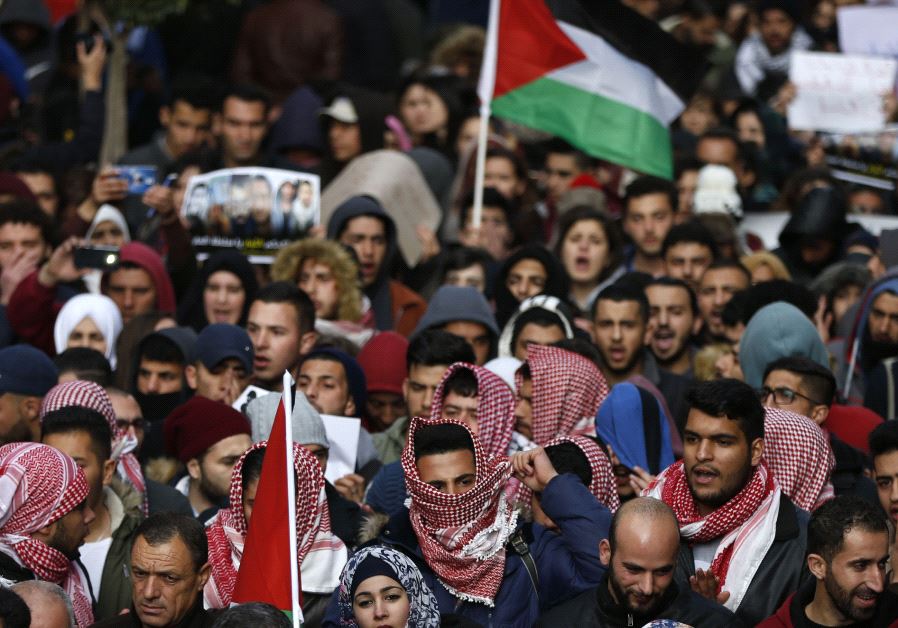 Palestinians demonstrate in the centre of the West Bank city of Ramallah against PA security forces (credit: ABBAS MOMANI / AFP)

Addressing the Arab countries and the rest of the international community, Abbas also made it clear that the Palestinians intend to step up their diplomatic efforts to internationalize the Israeli-Palestinian conflict.

As Netanyahu continues the negotiations with his potential coalition partners to form a new government, the Palestinian diplomatic onslaught is in full gear. And the assessment in Ramallah is that an all-out confrontation with Israel, both in the international arena and on the ground, is only a matter of time.‭‮