When scientists scanned the remains of over 800 mummified animals, they discovered a third were empty. 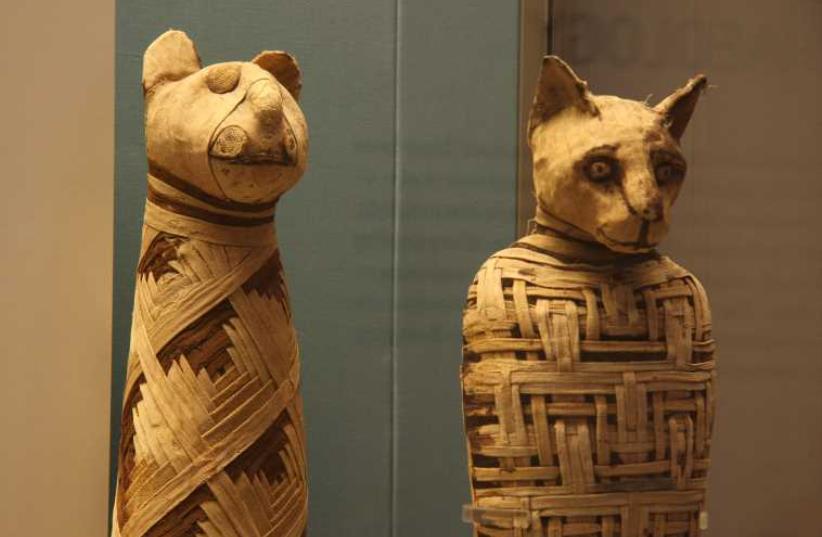 Egypt mummies of animals
(photo credit: Wikimedia Commons)
Advertisement
Scientists from the University of Manchester and Manchester Museum are claiming to have exposed a scandal involving ancient Egypt's mummified animal industry, claiming that a third of the mummies they examined as part of new initiative were in fact empty. The demand for mummified animals in  Egypt as a religious offering became a huge industry during the country's ancient period, and as a result supply could not keep up with demand.So when scientists at the University of Manchester and Manchester Museum began a scanning project in order to examine the contents of their mummified specimens, they were shocked to find a third were empty.The BBC reported that more than 800 mummies, ranging from birds, to crocodiles and to cats were scanned using X-rays and CT scans.“We always knew that not all animal mummies contained what we expected them to contain, but we found around a third don’t contain any animal material at all - so no skeletal remains,” Dr Lidija McKnight, an Egyptologist from the University of Manchester, told the BBC.So what was used to stuff the animals? "Basically, organic material such as mud, sticks and reeds, that would have been lying around the embalmers workshops, and also things like eggshells and feathers, which were associated with the animals, but aren't the animals themselves," Mcknight said.Animal mummies were widely used as religious offerings, the BBC adds.“Animal mummies were votive gifts. Today you’d have a candle in a cathedral; in Egyptian times you would have an animal mummy,” said Dr Campbell Price, curator of Egypt and Sudan, at Manchester Museum.The researchers were quick to add that the public may have been aware of the practice, and that the mummies were not necessarily forgeries. “We think they were mummifying pieces of animals that were lying around, or materials associated with the animals during their lifetime - so nest material or eggshells,” the BBC quotes McKnight.“They were special because they had been in close proximity with the animals - even though they weren’t the animals themselves.“So we don’t think it’s forgery or fakery. It’s just that they were using everything they could find. And often the most beautifully wrapped mummies don’t contain the animal remains themselves.”